Looking back at Build 2017–Going “All In” on Microsoft Azure

In this post, Senior App Dev Managers, Latha Natarajan and Sujith Nair reflect on some of the improvements and announcements from Build 2017 that made it even easier to enable your cloud transformation.  If you have been meaning to review the buzz from build, this post is a good place to start!

As enterprises adopt Cloud platforms, they are looking for the entire range of infrastructure services, application platforms, development tools, management tools, and business solutions that have been traditionally available on premise. Microsoft is a unique Cloud provider in the sense that it does provide this entire range of offerings and customers benefit from leveraging all of their cloud computing needs from a single vendor. 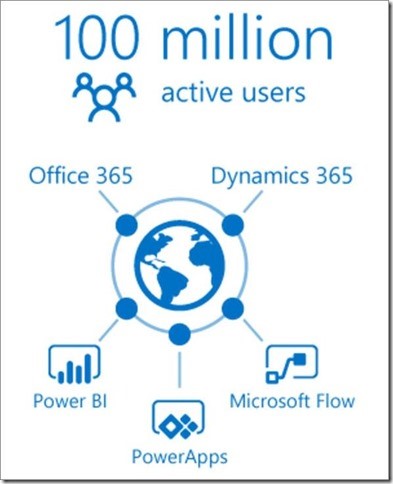 In addition, Microsoft offers some unique value proposition to its customers.

We have seen how Microsoft has a compelling cloud offering with Azure providing many foundational capabilities. We also discussed its unique capabilities that enable enterprises to go all-in on the Microsoft cloud platform. However, cloud is an innovative platform and developers are building new enterprises capabilities every day to meet the challenges of building next generation internet scale applications and create breakthrough experiences. In this regard, Microsoft’s announcements at Build 2017 deliver on many advanced platform features that customers are expecting today. Here were some of the top Build 2017 announcements that further align Microsoft Azure as a cloud leader and enable millions of enterprises to go all-in.

Choice of open source databases – Azure had rich SQL Server based database capabilities on the cloud. However, there are a number of organizations that are using open source databases such as MySQL and PostgreSQL for certain workloads and there was no support in Azure for these databases. At Build 2017, Microsoft announced availability of both Azure database for MySQL and Azure database for PostgreSQL options in Azure to ensure that developers can use migrate all their favorite databases to Azure. And it is also significant that these Azure database offerings can be run as a service without management head-ache.

Serverless Computing – Serverless computing has become an important computing paradigm enabling developers to not have to think about the server infrastructure before writing code. At Build 2017, Microsoft announced Azure Functions Visual Studio tooling preview and other Azure Functions features that will provide a highly productive Serverless development experience.

Azure IoT Edge – Azure’s IoT capabilities thus far have been in cloud-based processing and analytics so that it can act on data from devices in the field and then push data and decisions back to those devices. However, a key gap was that the data filtering and analytics capabilities could not be done on the edge within each individual device thus limiting its applications in some scenarios such as disconnected data processing and low bandwidth scenarios. At Build 2017, Microsoft announced availability of Azure IoT Edge which will enable computation, data filtering, and analytics capabilities to not only run on the cloud but also on the edge devices.

The above innovations (and many more) announced at Build 2017 have ushered in a new era for developers to innovate and build modern cloud applications that can operate at planet scale.  You can review any sessions and announcements from Build 2017, on demand here.