The first step in using PIX is to capture some data from your game.  This is done via the PC Connection view, which is the first thing you will see when launching PIX: 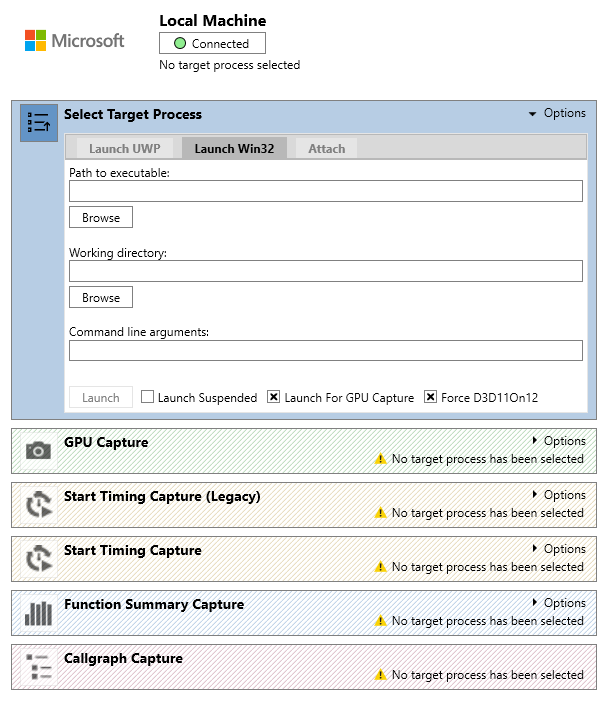 To take a PIX capture:

All the different capture types can be saved as PIX capture files, which have a .wpix extension. Each capture you take will be saved into a separate .wpix file.

Some games use one or more launcher executables, which display a splash screen or menu before creating a different process that hosts the actual game.  PIX GPU captures are able to follow through this tree of processes, but other capture types only record data from the specific process that they launched or attached to, so if your game uses multiple processes you will need to bypass any launchers and tell PIX how to directly start the main game executable instead.

It is also possible to programmatically control when a GPU capture should be taken from inside your game code.