A context switch occurs when a CPU core switches from executing code on one thread, to executing code on a different thread, or going to idle. When the OS switches the thread that is running on a CPU, it must save and restore state, both for the thread that is being switched out, and for the thread that is being switched in. This state, or context, includes data such as the current value of all registers, the program counter and so on. Saving and restoring this state is an expensive operation from a performance perspective, so reducing the overall number of context switches is often key to achieving predictable, consistent frame times.

Context switches can happen when a thread waits on a synchronization object, when the OS scheduler determines a thread’s quantum has expired (and another thread is ready to run on that core) and so on.

Timing Captures in PIX have several features to help you determine when context switches occur, and to analyze what caused each switch. If you’re looking at a timing capture specifically to find and analyze context switches, you can change the default visualization so that the switches stand out more. The Bold Context Switches option in the lane configuration extends the vertical red lines that identify a context switch the full height of the thread or core lane.

Often times it’s useful to be able to quickly identify the stalls and context switches that have occurred during the execution of a particular PIX event. When an event is selected in the Timeline or Range Details views, the information displayed in the Element Details view includes a list of all the stalls in time order. For example, the following figure shows an instance of an event named UpdatePlayerArmor that had 8 stalls. 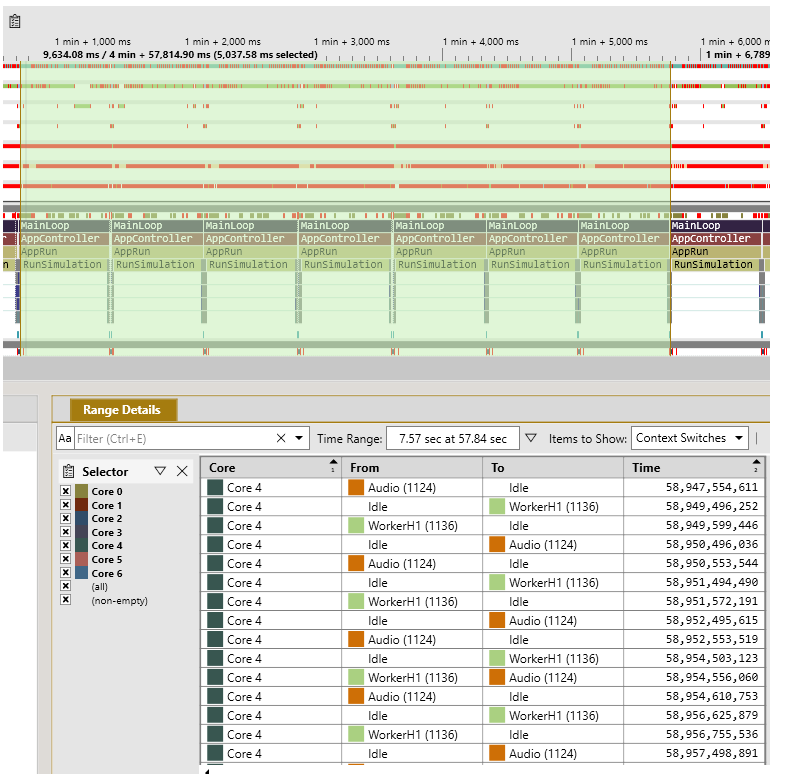 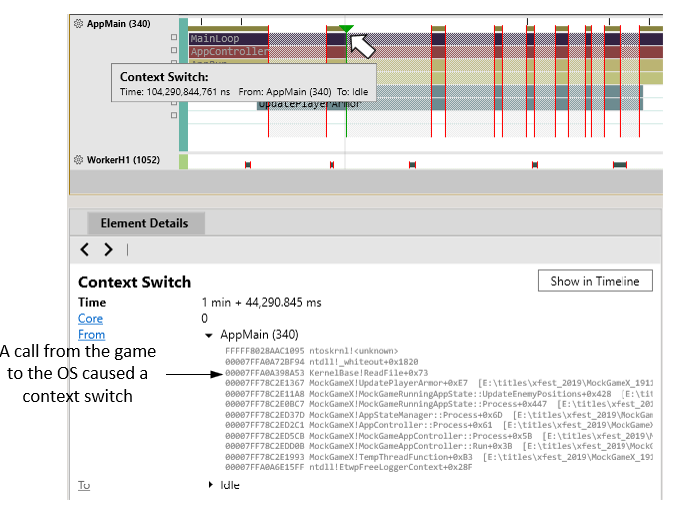 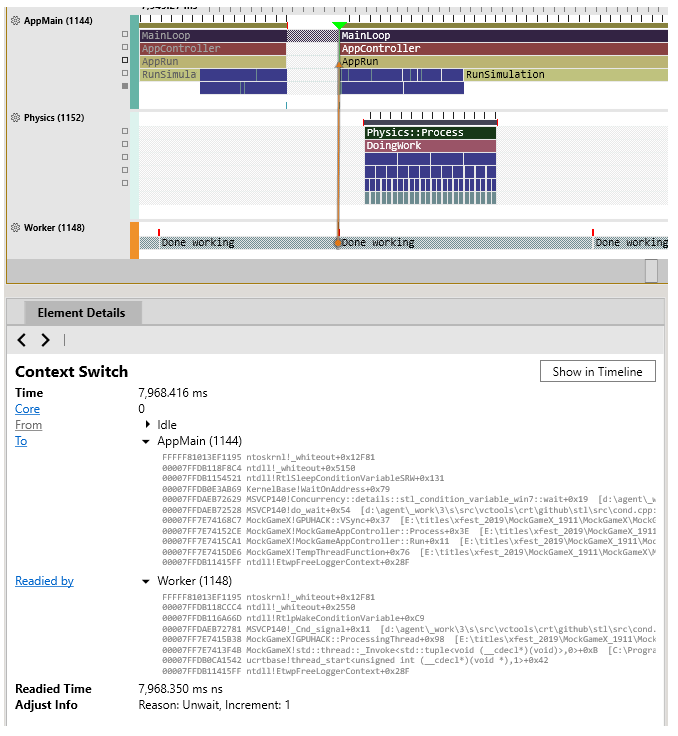 If a context switch involves a non-title process, PIX will show the process name and id in Element Details. The following figure shows that Core 0 switched from running the non-title process devenv.exe to running a title thread named AP1. In this case, the wait reason tells us that this switch occurred because of the operating system’s thread scheduler. 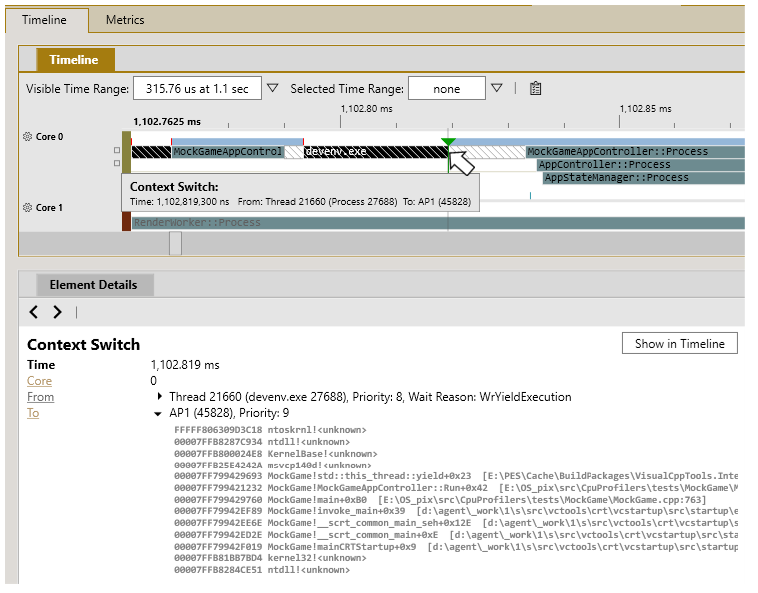 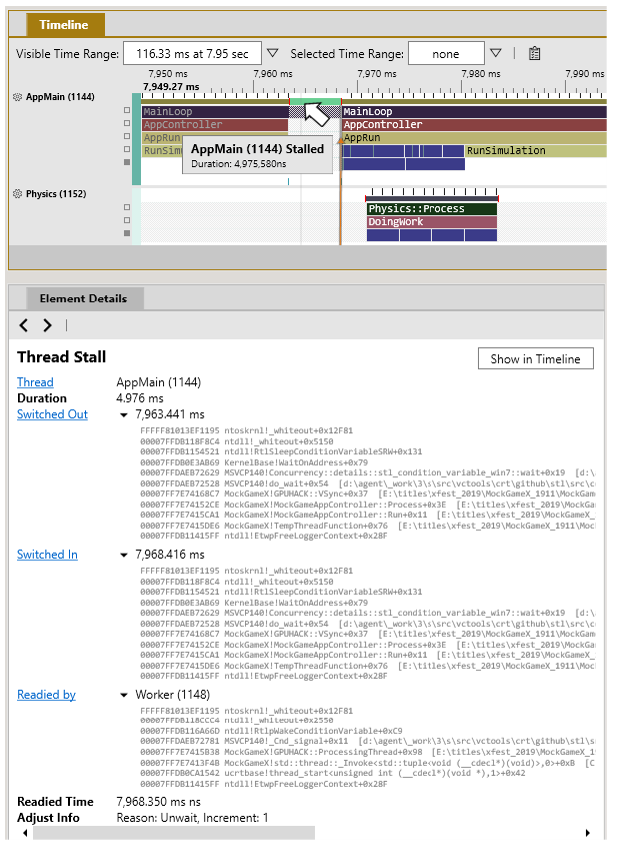 New documentation page: Finding and Analyzing Context Switches
Hi PIX users, I've written a new documentation topic on how to use the features in Timing Captures to find and analyze context switches (here). Feedback and questions ...