Why is there a semicircular bar at the base of the ORCA card reader?

ORCA is the public transit card system for the Puget Sound area. One of my friends noticed that there is a semicircular bar at the base of ORCA card readers. You can see it in the following picture. (Click to enlarge.) 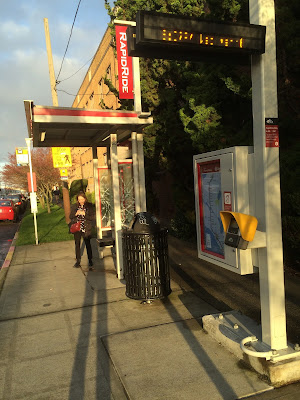 Whereupon there was speculation as to the purpose of the bar. Some guesses were serious. Others not so much.

Meanwhile, one intrepid person took the radical step of asking the bus driver. The bus driver didn’t know, and the issue escalated all the way up to the head of safety and engineering for King County Metro, which explained that the bar is there so that people who are visually impaired and use a guide cane can feel for the bar and know where the card reader is.

“Sadly, this was a much less glamorous answer than I was expecting.”

Stuff my father-in-law says: On taking the train
A five-minute tour.