After nearly two years of working remotely, organizations and individuals are embracing a more hybrid workplace in 2022. This has created new expectations around work tools, as people are getting work done at different places, with different devices, at different times. Our mission is to empower the developer community with tools that let them “build once, deploy anywhere” across the Microsoft suite of apps. At Ignite 2021, we announced the preview of Microsoft Teams JS v2, which enables developers to extend Teams personal tab apps and message extensions to other parts of Microsoft 365, like Office and Outlook on web and Windows. The SDK was made generally available at Build 2022 and has helped developer community build once and deploy easily across multiple Microsoft apps on web and desktop: Teams, Outlook and Office. However, until now, developers were not able to extend the same apps to Office and Outlook on mobile. That changes today!

You can now run Teams personal tab apps on Microsoft Office app on Android. Join the Beta program on Office app’s Google Play Store page, by clicking “Join” under “Join the Beta” section. Teams apps built using Microsoft Teams JS v2 and Teams App manifest (version 1.13) will start showing in Microsoft Office Android app under the “Apps” menu. With this, developers can reach even more Microsoft 365 users and enable exciting mobile-first scenarios with a single code base. This feature is available in preview in the Office app for Android (version number 16.0.15726.20000 and above). We’re also actively working on bringing personal tab apps Preview to Outlook on Android in Fall 2022, and shortly after to Office and Outlook apps on iOS as well. 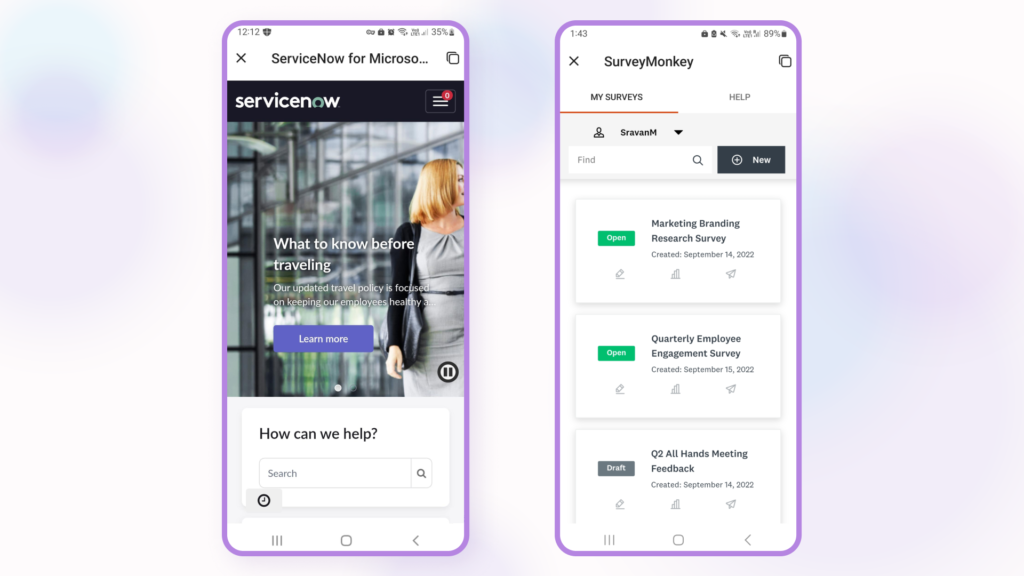 Teams personal tab apps are already in Preview for Office.com and Outlook desktop in Target Release, and IT admins can manage access to Teams apps by creating custom permission policies and assigning these policies to users using Teams Admin Center.

You can do these using app configuration policy, documented here: Manage Teams apps running on Office app for Android (in preview).

Preview is the perfect time to give us feedback, and we want to hear from you! Let us know your experience working with Teams JS SDK v2 here and report any issues on GitHub. This release will be updated often. For additional information, visit our Teams developer center.

Follow us on Twitter @Microsoft365Dev to stay up to date on the latest announcements. You can also continue the conversation by joining us in the Microsoft 365 Tech Community!