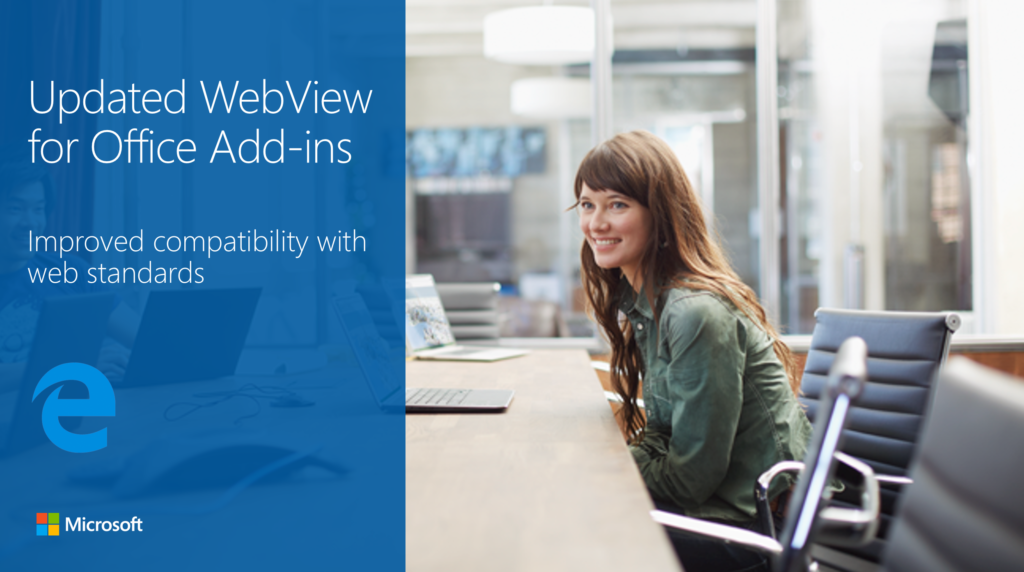 Since the creation of the Office Add-ins framework, add-ins running in Office on Windows used a web viewer control that leveraged elements of Internet Explorer 11. While it was cutting edge at the time, web development standards have continued to evolve.

As we announced at Build 2019, to improve our support for web standards we are moving to an updated WebView control that is based on the current version of Microsoft Edge.

The Microsoft Edge WebView performs much better than Internet Explorer and features enhanced compliance with modern browser standards including support of the full set of HTML 5 and ECMAScript 2015+.

This change does not affect:

General Availability of the new versions of Windows and Office 365

Microsoft Graph SDK for JavaScript – Updates for May 2019
In the run up to Microsoft Build and shortly after we made a significant set of improvements to our JavaScript SDK.

Darrel Miller
May 21, 2019
0 comment
Microsoft Graph SDK for Java Release Notes for May 2019
We recently updated our Java Graph SDK to version 1.4.0. This includes all the recent updates the Microsoft Graph. Additionally we now have new Java Core library that contains common infrastructure for making HTTP requests to the Microsoft Graph as well as a host of new capabilities.