Azure IoT Edge is a fully managed service that delivers cloud intelligence locally by deploying and running artificial intelligence (AI), Azure services, and custom logic directly on cross-platform IoT devices. An Edge solution contains one or more modules, which are hosted as docker images and run in docker container on Edge device. In order for an Edge solution to be applied to target Edge device(s), a deployment needs to be created in IoT Hub.

You can use Azure IoT Edge for Azure Pipelines to setup CI/CD on different platforms, amd64, windows-amd64 or arm. For amd64 and windows-amd64, Azure DevOps already provides a set of hosted agents for CI/CD (You can find more information in our official documentation).

In this thread, we will introduce CI/CD on ARM platform agent. Since Azure DevOps doesn’t provide hosted ARM agent currently, we need to setup a private ARM agent.

Test on Raspberry Pi 3 (other ARM devices with Linux kernel not tested, but should be able to work)

For most of the cases, we would set build agent on an ARM device and use another ARM device as the Edge device running Edge runtime. But if you only have one ARM device, don’t worry, you can setup the device for 2 roles: build agent and Edge device.

The CI/CD task will use docker command to build and push docker images. So docker is a requirement. You can refer to Get Docker CE for Debian to setup Docker-CE on ARM device.

You need to install python and pip.

Follow Deploy an agent on Linux to download package and set the ARM device as a build agent.

After that, you can see the new ARM agent pool with the agent pi-agent in Online state. 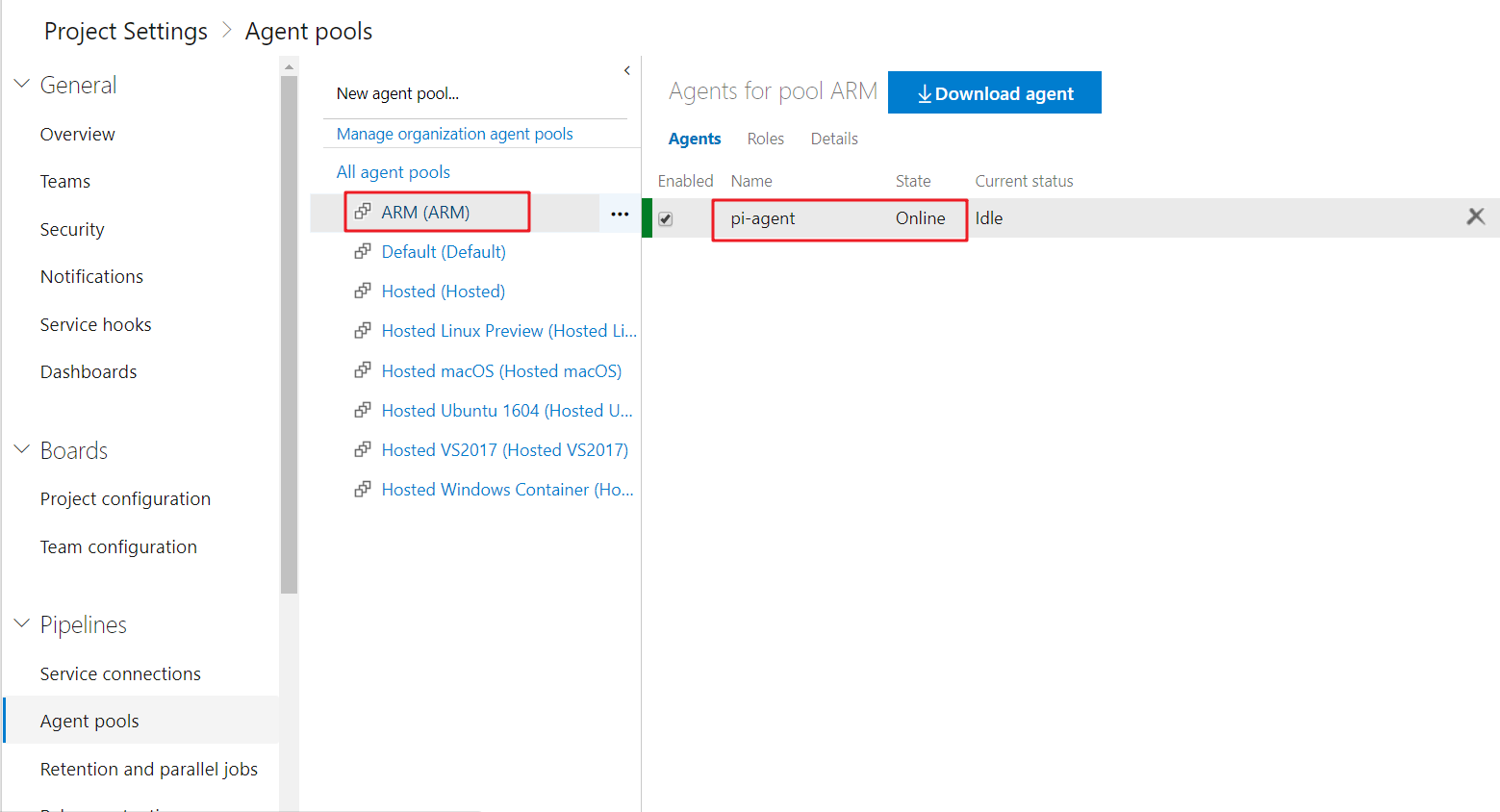 For quick start, you can use an existing sample solution, it is the basic Edge solution that contains only one custom module which will pipe the message from simulated temperature sensor.

Regarding the source setting in CI, you need to set the source as the forked repository in the previous step. 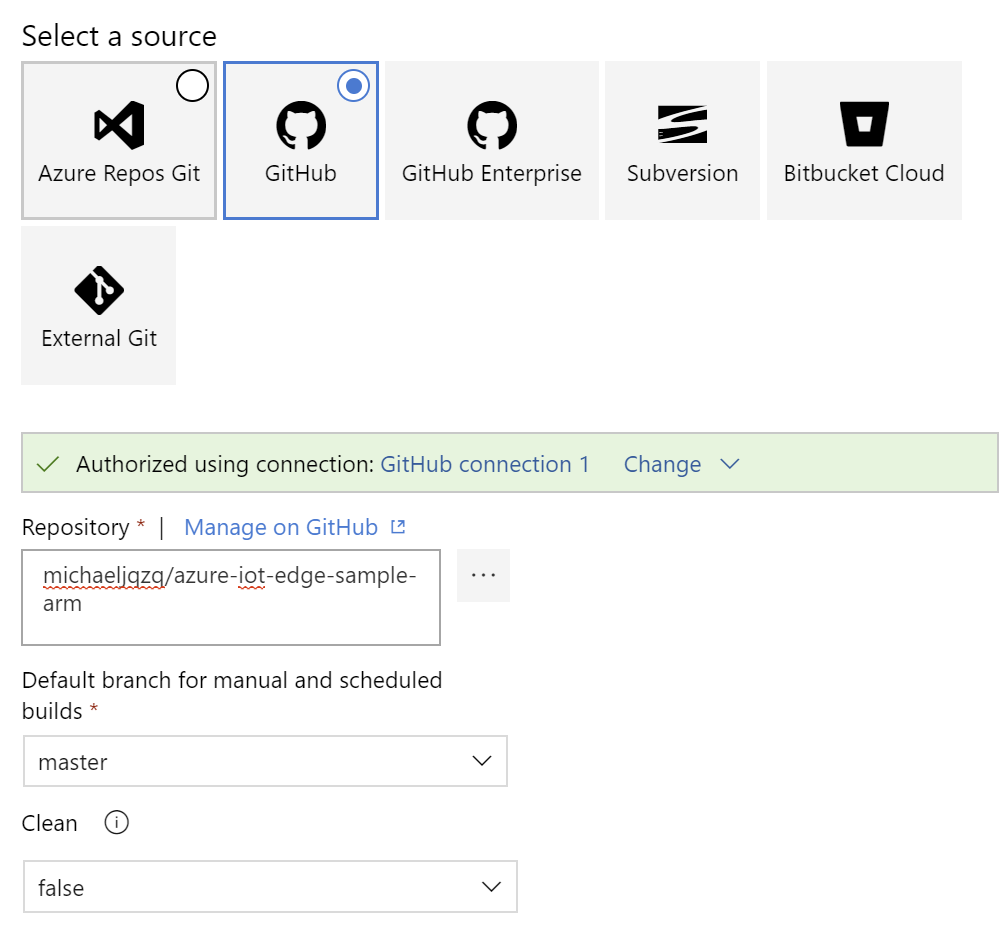 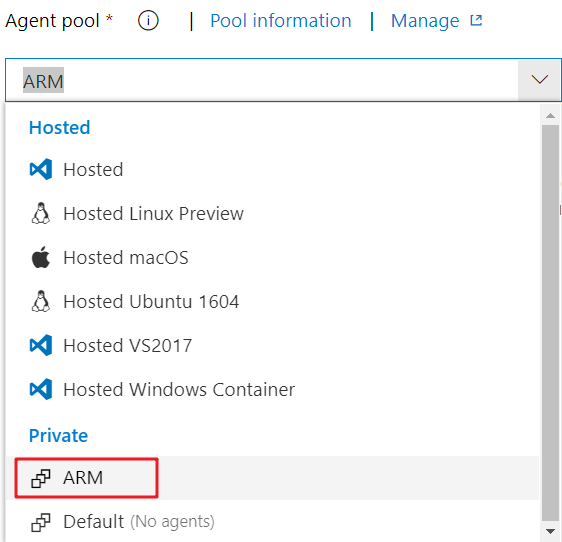 You can manually queue a new build in build pipeline. It will build and push docker images in build pipeline, and then trigger release pipeline to deploy to IoT Hub. After CI/CD pipeline finished, you will be able to see the deployment on Azure Portal -> IoT Hub -> IoT Edge. 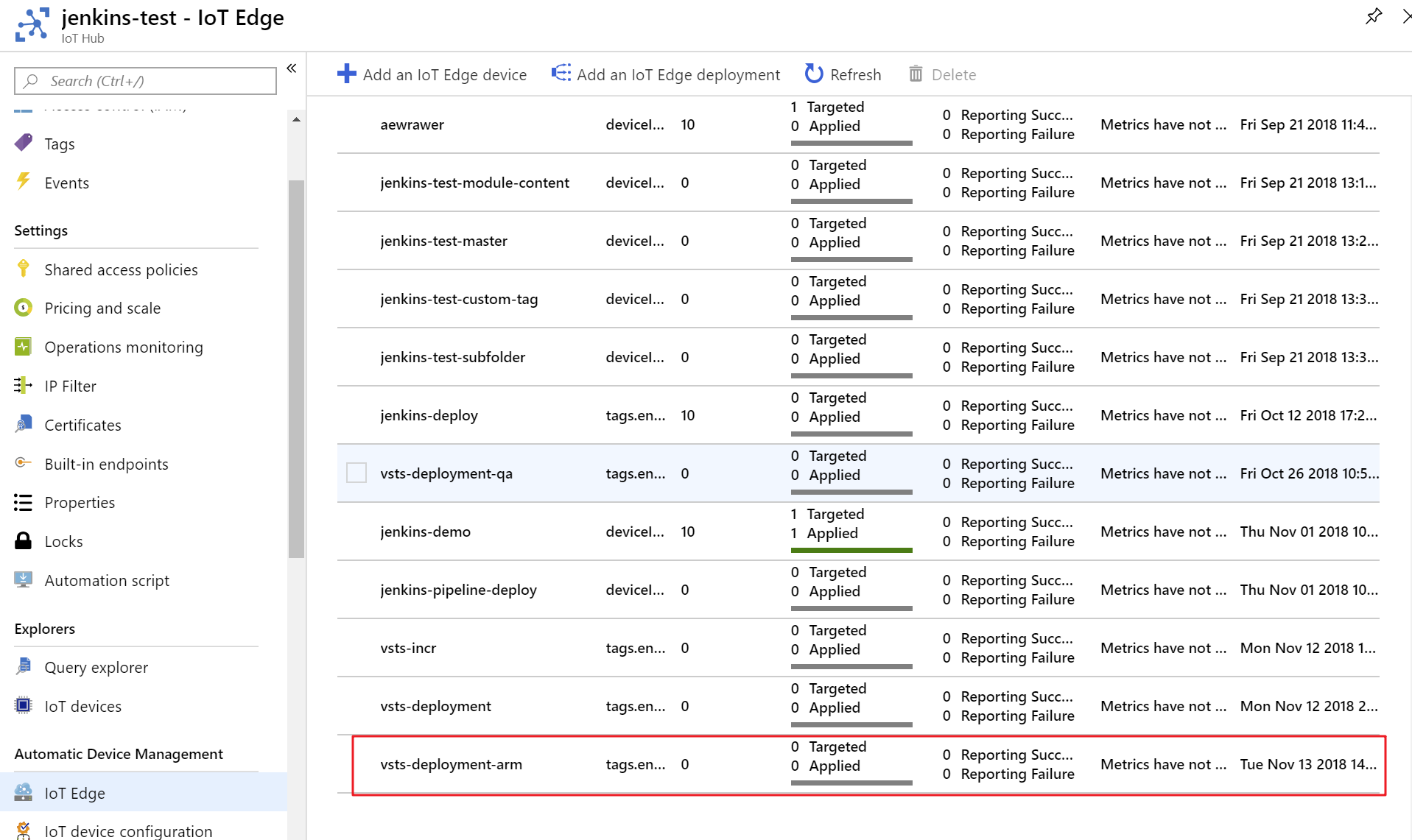 In Edge device details, we can see that all the 4 modules are already deployed to the target device and in running state.

You can use Azure IoT Toolkit to monitor D2C message sent by the Edge device.

The Docker daemon binds to a Unix socket instead of a TCP port. By default that Unix socket is owned by the user root and other users can only access it using sudo. But the build task won’t be executed as user root. Follow the Post-installation steps for Linux to resolve this issue.

The build task leverages the tool ‘iotedgedev’ for docker related work. In the beginning of the task, it will try to install this dependency. But under some circumstances, the installation process will fail. Please raise issue on the repo of Azure IoT Edge For Azure Pipelines. As a word around, manually install iotedgedev with this guide.

Now Azure IoT Edge is already an in-house task in Azure Pipelines. You can search and add it in your pipeline. We would love to know your feeling or suggestions with this extension, feel free to provide your feedback via the Github repository.