It’s about two years ago that I announced .NET Standard 2.0. Since then we’ve been working hard to increase the set of .NET Standard-based libraries for .NET. This includes many of the BCL components, such as the Windows Compatibility Pack, but also other popular libraries, such as the JSON.NET, the Azure SDK, or the AWS SDK. In this blog post, I’ll share some thoughts and numbers about the .NET ecosystem and .NET Standard.

Adoption by the numbers

In order to track adoption, we’re looking at nuget.org. On a regular interval, we check whether new package versions add support for .NET Standard. Once a package ID does, we stopped looking at future versions. This allows us to track when a package first adopted .NET Standard.

For the purposes of measuring adoption in the ecosystem, we’ve excluded all packages that represent the .NET platform (e.g. System.*) or were built by Microsoft, e.g. Microsoft.Azure.*. Of course, we track that too, but as part of pushing first parties to adopt .NET Standard. 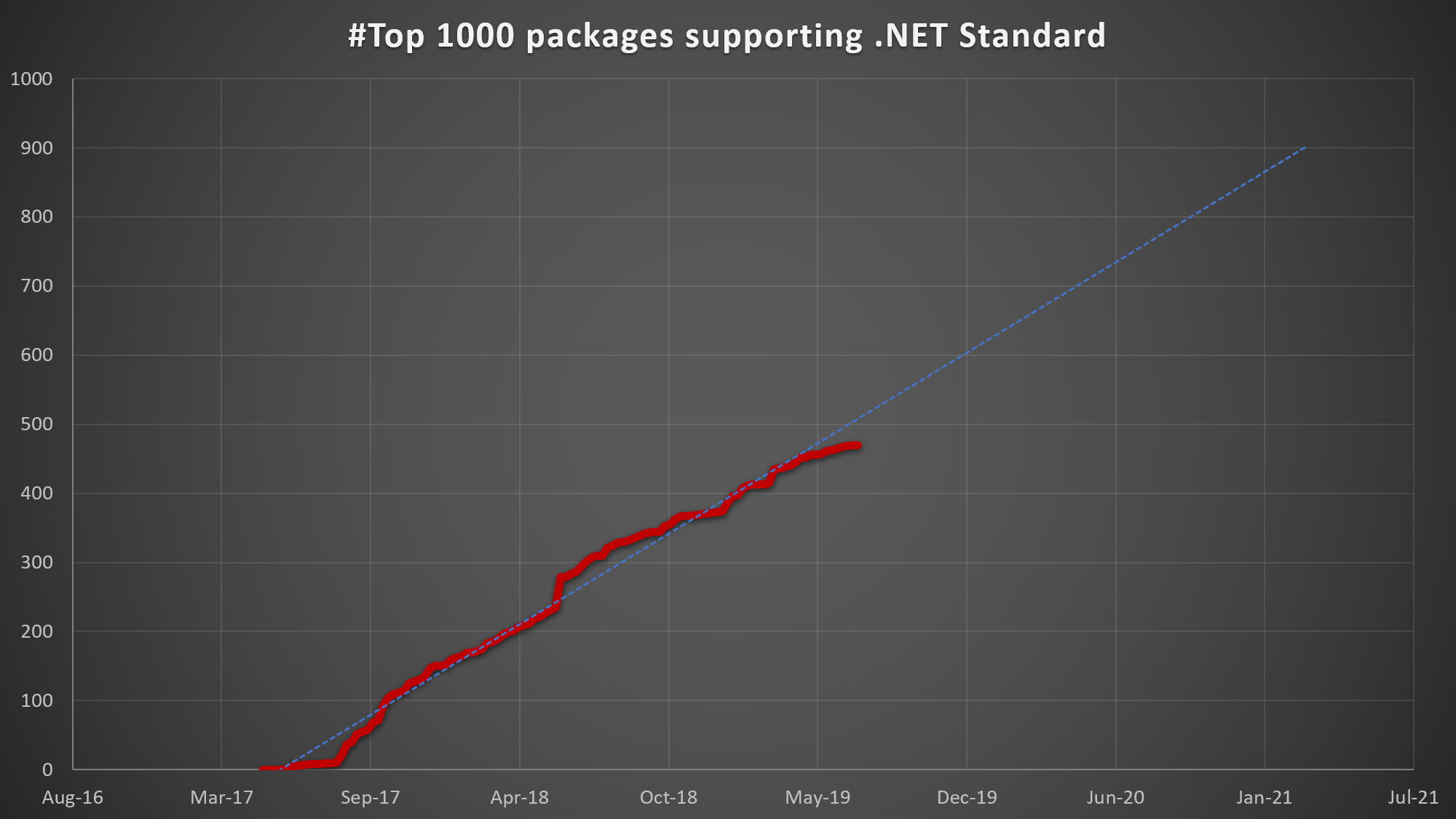 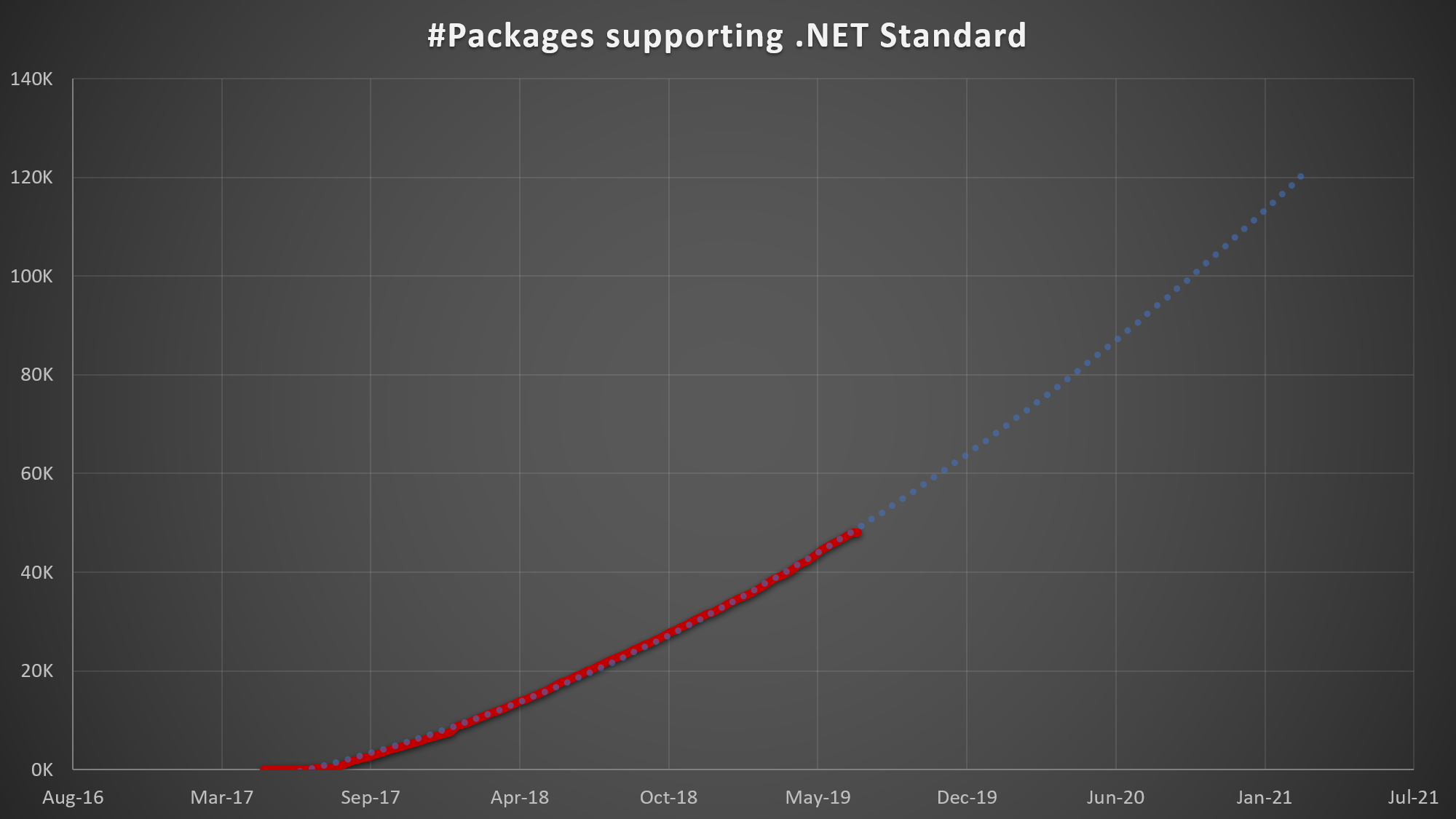 What should I do?

With few exceptions, all libraries should be targeting .NET Standard. Exceptions include UI-only libraries (e.g. a WinForms control) or libraries that are just as building blocks inside of a single application.

This recommendation is also reflected in the .NET library guidance we published earlier (taken from the cross-platform targeting section):

✔️ DO start with including a netstandard2.0 target.

There are some reasons why you may want to update to .NET Standard 2.1. The primary reasons would be: