The week in .NET – On .NET on CoreRT and .NET Native – Enums.NET – Ylands – Markdown Monster

Last week, Mei-Chin Tsai and Jan Kotas were on the show:

This week, we won’t be streaming live, but we’ll be taking advantage of the presence of many MVPs on campus for the MVP Summit to speak with as many of them as possible in the form of short 10-15 minute interviews.

Package of the week: Enums.NET

Enums.NET is a high-performance type-safe .NET enum utility library which caches enum members’ name, value, and attributes and provides many operations as C# extension methods for ease of use. It is available as a NuGet Package and is compatible with .NET Framework 2.0+ and .NET Standard 1.0+.

Game of the Week: Ylands

Ylands is a low-poly sandbox game that gives players the tools to create their own environment and scenarios. When first jumping into the world of Ylands, you pick a completely modifiable island to build and play your own adventures. Using the Scenario Editor, you are able to make anything happen – talking chests, teleportation, castles in desperate need of sieging and even large scale scenarios that you can challenge your friends with. 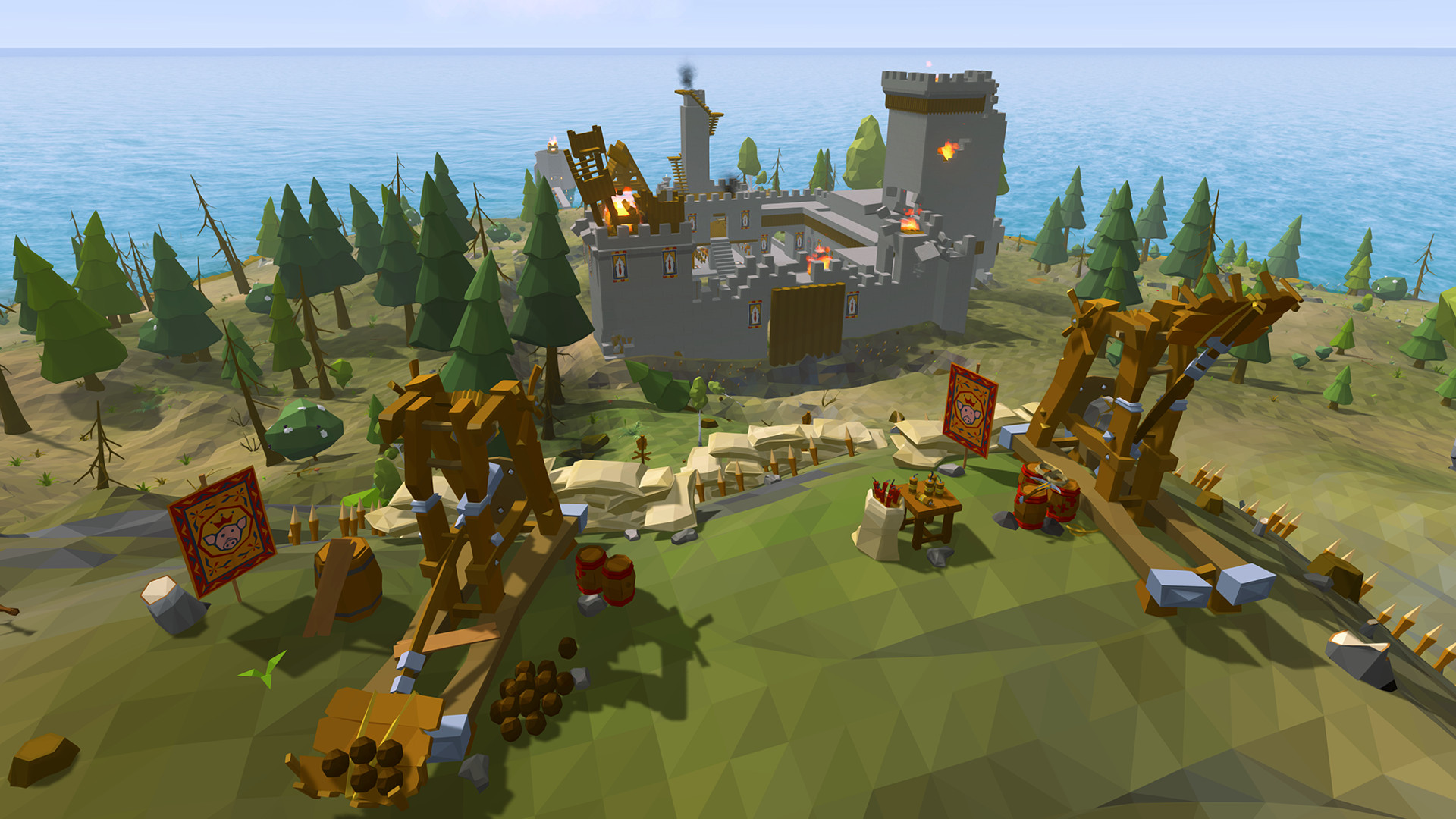 Ylands is being developed by Bohemia Interactive using Unity and C#. It is currently in early alpha development for Windows and has a free trial available.

App of the week: Markdown Monster 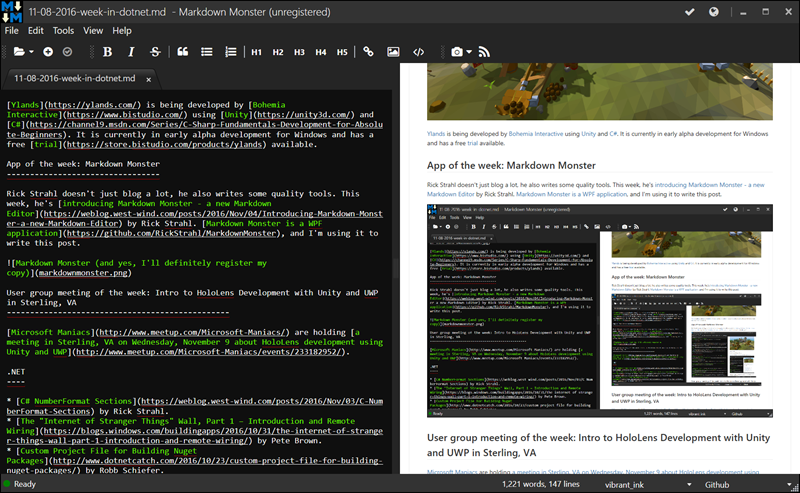 User group meeting of the week: Intro to HoloLens Development with Unity and UWP in Sterling, VA

Microsoft Maniacs are holding a meeting in Sterling, VA on Wednesday, November 9 about HoloLens development using Unity and UWP.

.NET Core Data Access
.NET Core was released a few months ago, and data access libraries for most databases, both relational and NoSQL are now available. In this post, I'll detail what client ...