Another preview of Visual Studio 2019, another update on the cool stuff going into it!

We’re pleased to announce some updates to the .NET Core tools for Visual Studio 2019. You can try these changes out starting with Preview 2. We’d love for you to try out these new features and give us feedback.

Debugging console apps will use the new Integrated Console

Console apps that target .NET Core (or .NET Framework via the .NET SDK) will default to using the new Integrated Console experience when pressing f5 or ctrl+f5:

This should prevent the need to add Console.Read() calls to console apps to prevent the console window from closing immediately after the program has finished executing. The launched console window is also re-used for subsequent runs, so if you’re used to using ctrl+f5, you won’t have lots of console windows to close after you’ve launched your application a few times.

If you’d like to turn this off, you can do so under Tools > Options > Automatically close the console when debugging stops.

Project files are easier to use

We’ve also done a lot of work to make working with project files easier. A lot of users have started to use project files directly now that they are much more human-readable, but tooling support for doing so in Visual Studio has lagged behind.

Project files will now show up in Go to All results (ctrl+T): 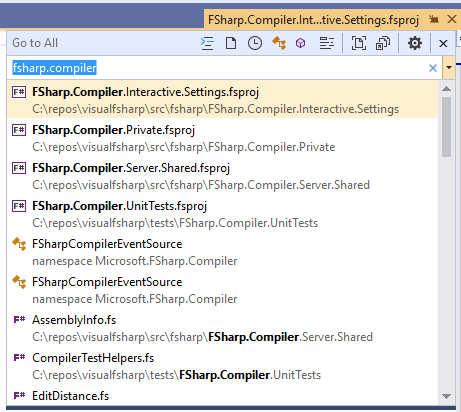 MSBuild elements in project files now show up in Find in Files results: 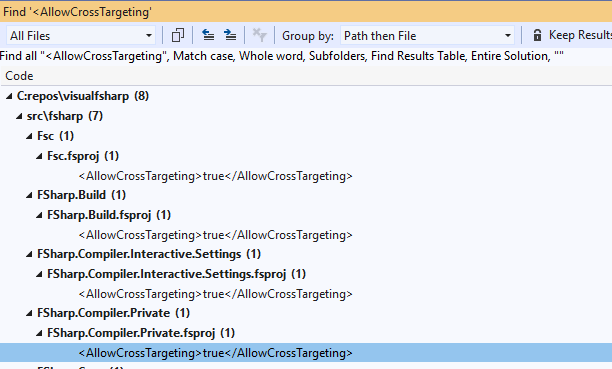 Finally, if a project is misauthored and an error is caused, you can open the project file by double-clicking an error from the error list.

We’d love to hear your feedback on these features when you try them out! And if you encounter a problem, please don’t hesitate to file and issue with the Report A Problem tool in Visual Studio 2019.

Mads Torgersen
January 24, 2019
17 comments
.NET and TypeScript at FOSDEM 2019
The schedule for the .NET and Typescript Developer Room at FOSDEM has now been published! FOSDEM is one of the longest running Free and Open Source conferences, and we...