Improving .NET Core installation in Visual Studio and on Windows

Visual Studio 2019 version 16.3 and .NET Core 3.0 Preview 7 improve the installation experience of .NET Core on Windows. The goal is to reduce the number of .NET Core versions that might be on a machine. The improvements are based on customer feedback and our own experiences as well as laying the groundwork for future improvements.

Starting with .NET Core 3.0 Preview 7, the .NET Core SDK installer will remove previous patch versions after a successful installation. This means that if you have 3.0 Preview 5 and Preview 7 on a machine then install Preview 7, only Preview 7 will remain once the process is complete.

You will see “Processing: Previous version” in the progress dialog during this step. 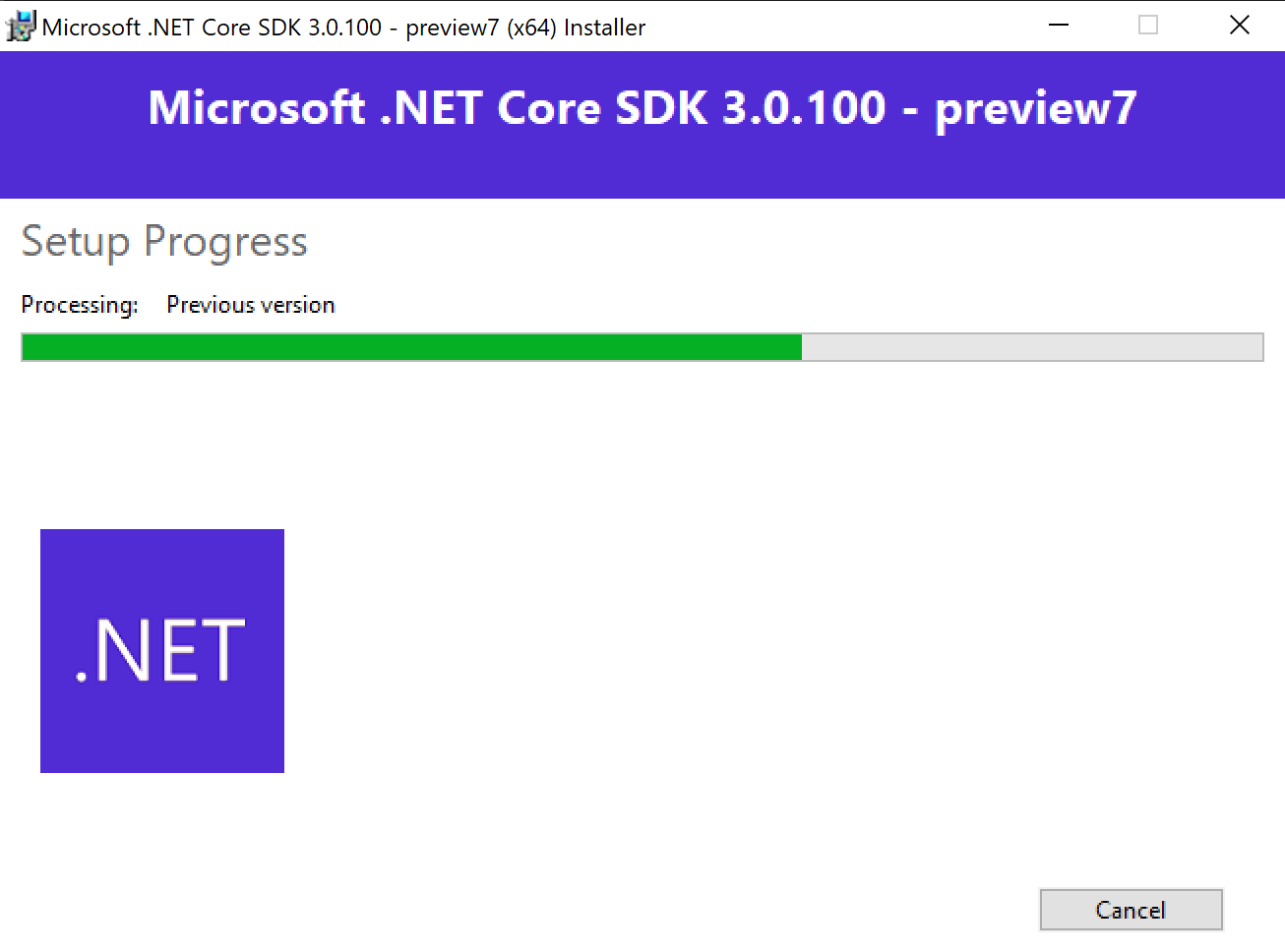 If you would like to know more, see Overview of how .NET Core is versioned.

The change to remove the previous patch version was made based on customer feedback regarding the many installed versions which could accumulate on a machine.

.NET Core still supports side-by-side installations. All previously released versions of .NET Core are available for download at the .NET Core download page. You can find out which .NET Core SDKs and Runtimes are on your machine with dotnet --info.

Additional versions of .NET Core and the .NET Core SDK can be downloaded and installed side-by-side as needed.

Any .NET Core versions installed by the .NET Core installer for Windows will not be affected by the Visual Studio installer. This would happen if, for example, additional versions of .NET Core are installed as described above.

.NET Core in the Programs and Features Control Panel

Visual Studio is now responsible for its copy of .NET Core. There will not be an entry in the Progams and Features Control Panel for the .NET Core version that Visual Studio installs.

The installer Workloads selection has the same experience as previous versions of Visual Studio. When a workload is selected which requires .NET Core, the 3.0 Development Tools (SDK) and 3.0 Runtime will be installed. 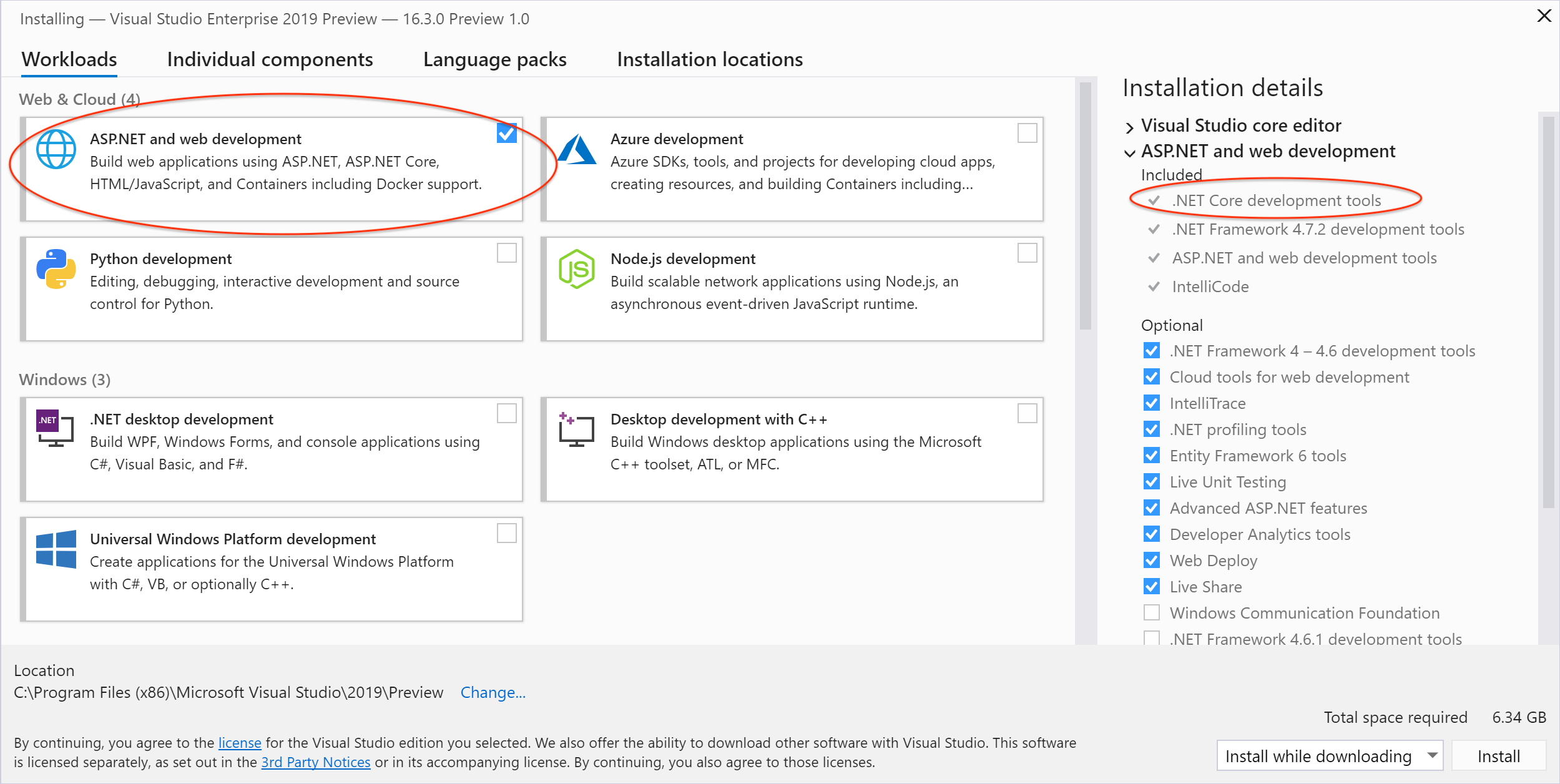 .NET Core 2.1 and 2.2 are optional components in Visual Studio 2019 16.3 and need to be explicitly selected in the Individual Components tab. 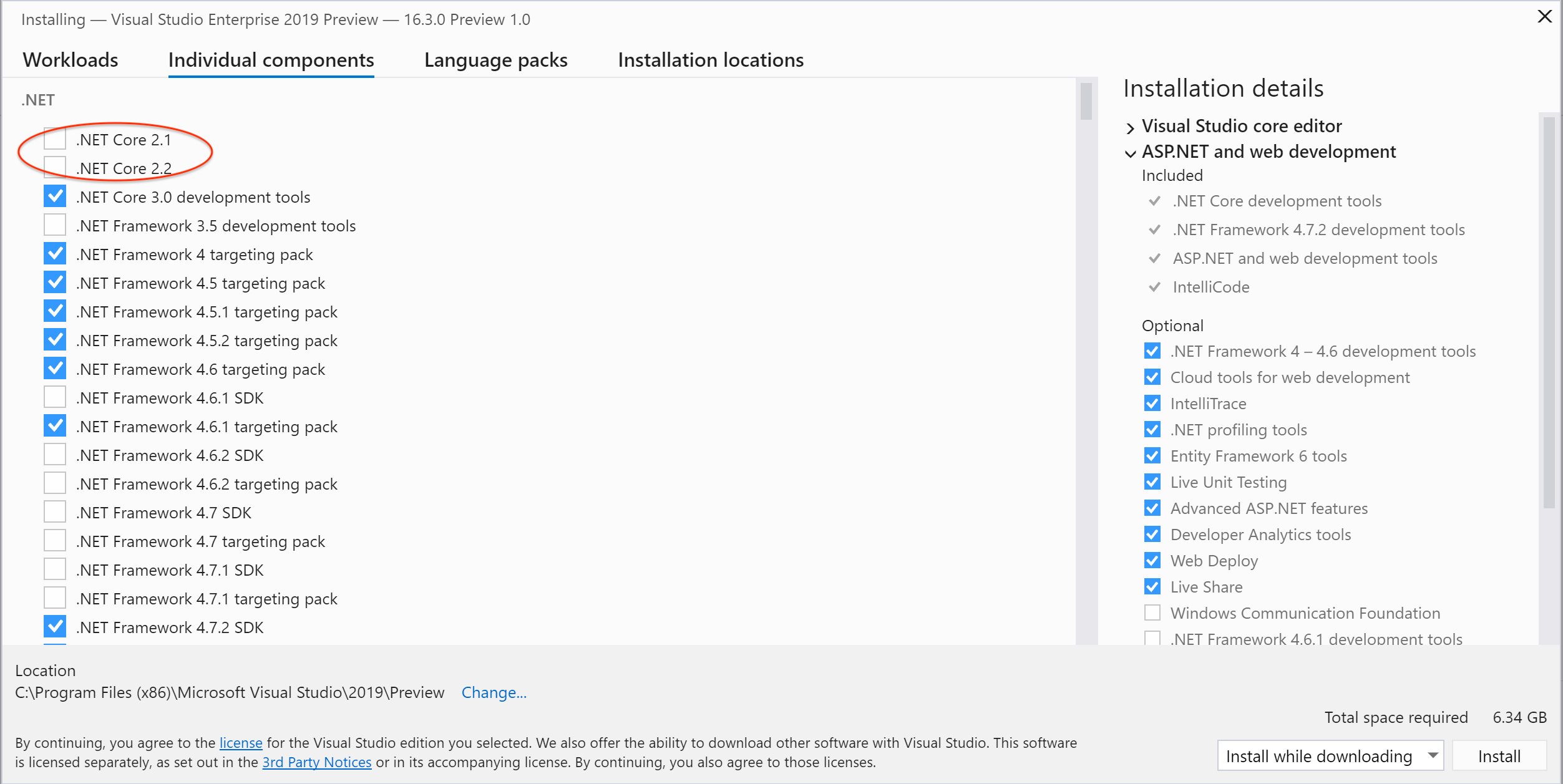 In a later preview of Visual Studio 16.3, .NET Core 3.0 and 2.1 (which is the Long Term Support or LTS, release) will be installed whenever a .NET Core workload is selected.

We are considering additional enhancements to the .NET Core installer. The kinds of functionality we’re exploring for coming releases include providing:

Leave a comment if there is something else you would like us to consider for the installers.

Phillip Carter
August 6, 2019
97 comments
Calling all .NET desktop and mobile developers!
We would love to hear about your experience with building client applications in .NET. Your feedback will greatly help us to improve the .NET tooling and ensure our ...