.NET is your platform for building all your apps and there’s a global community of millions of developers out there. But until this day, the .NET website dot.net has been in English only. Removing the language barrier for learning about .NET allows us to reach that global community. That’s why we’re excited to announce the launch of our site in two additional languages today: Japanese and Simplified Chinese. 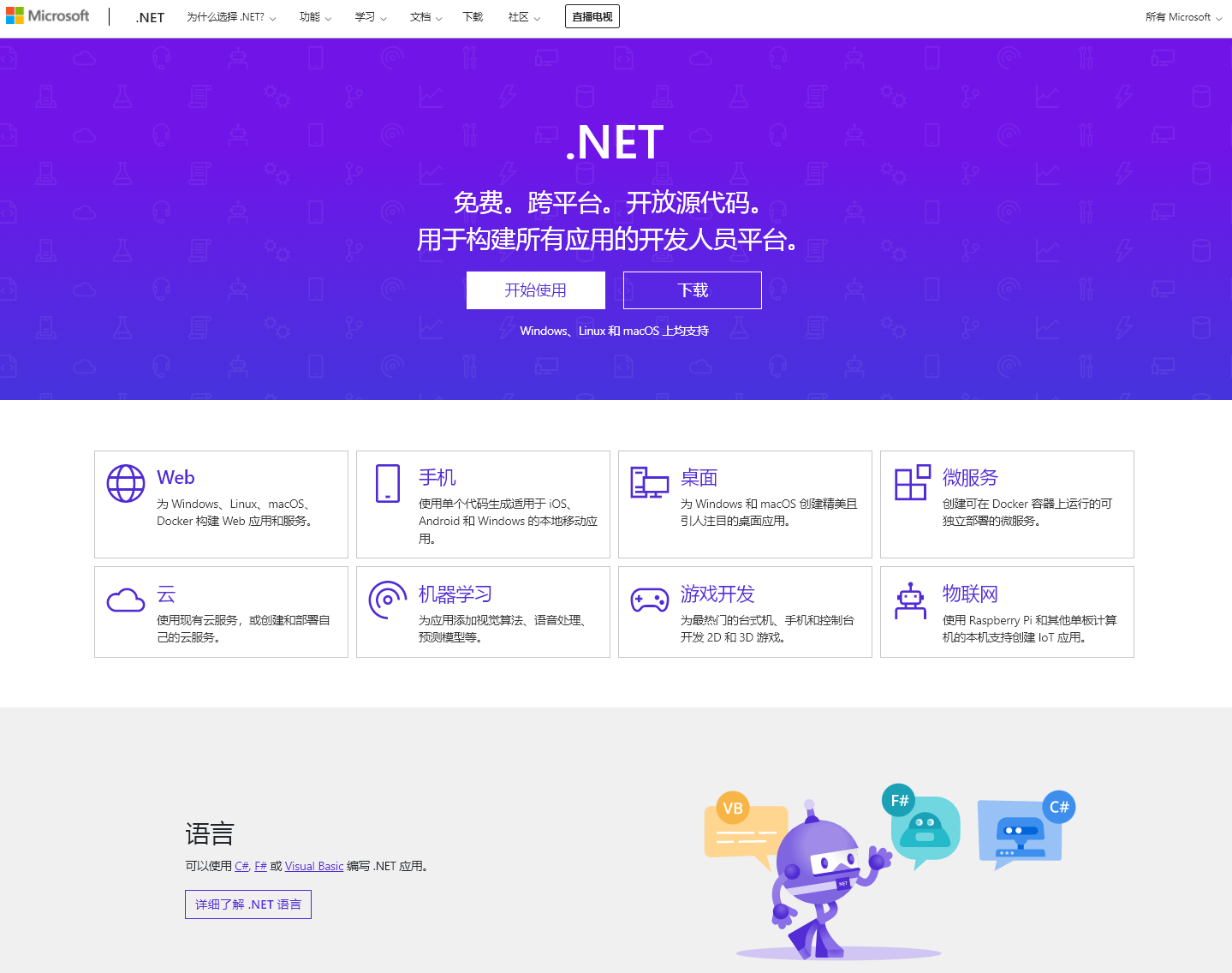 We aren’t done yet! You’ll notice that there are still some components of our site that are still only in English, which we’ll be working to localize them in the coming months. We’d love to hear your feedback about adding support for even more languages. Let us know what you think in the comment section below.

We chose to start the project with our main repository, which contains most of our content and code. That part of the site uses ASP.NET Core Razor Pages.

The first phase of the project consisted of globalizing the existing site and this change was launched several months ago. That phase was mostly transparent to customers since globalization consists of designing and implementing an application that is culture and language neutral. This consisted of:

The second phase consisted of localizing the site, translating the English resources into Japanese and Simplified Chinese, adding support for the ja-JP and zh-CN cultures with appropriate routing and error handling, and adding a language selector. We decided to use Portable Object (PO) files and Orchard Core framework for this phase. We got lucky that the localization team at Microsoft had just finished adding support for PO files to their localization engine when we started the project, so it was perfect timing!

PO files are text-based files that contain the translated strings for a given language. There is one PO file for each language we support. Each string that was passed to the IViewLocalizer on the previous phase becomes the key for that particular resource. For example:

You can think of PO files as string dictionaries and Orchard Core helps us to map these key values to extract the data into the PO file. To use Orchard Core, we simply added a reference to the OrchardCore.Localization.Core NuGet package. Each time we update the content on the website, the string will be added to the English resources.po file, which contains empty msgstr values. The new and updated strings will be displayed in English on the site until we receive the translations back from the localization team a few days later.

The next phases will consist of localizing the other site components and adding additional languages.

How culture detection will work on dot.net

The culture in the URL is represented by a language-region pair code. With this release, the site will now support the following cultures:

If you wish to see the content in a different language, you can change the language using the language picker on the bottom of the page.

A lot of people were involved on making this project happen. So many thanks to everyone involved!

I wanted to specifically call out some of the folks involved on reviewing the site ahead of the launch to make sure the translation quality was high and they sent us literally hundreds of feedback comments.

Stay tuned for further improvements and let us know what you think. I look forward to sharing more updates with you in the months ahead.