We’ve been using the new version of Visual Studio for several months now to build .NET Framework apps for Windows, Windows Store, Windows Azure, and Window Server. The Visual Studio team has made many improvements throughout the product that I’m sure you’ll love. We’ve certainly found quite a few.

Many of you have asked for the “.NET Feature Catalog” app that we’ve been demonstrating at recent conferences such as TechEd. To celebrate the launch of Visual Studio 2012, we’re very happy to release the source code for this app. More on that below, but let’s first look at one of my favorite features in Visual Studio 2012 for .NET developers.

Everyone has a favorite Visual Studio 2012 feature. I’d like to introduce you to one that you may not have noticed yet, which has become a favorite of mine. It’s the NuGet integration in Visual Studio. NuGet is a growing web library of code libraries and tools that use the .NET Framework. There are thousands of libraries available on NuGet that have been downloaded millions of times. NuGet is already popular, but I’m guessing that it’s about to become an even bigger hit now that the NuGet client is part of Visual Studio 2012. Let’s take a look at this new feature.

NuGet is exposed in a couple of ways in Visual Studio 2012. The primary way that I use it is via the context (right-click) menu on the project node in Solution Explorer. You can see the Manage NuGet Packages option at the bottom of the menu in Figure 1. The same option is available on the context menu of the references node. Additional NuGet functionality is available under Tools, Library Package Manager.

Json.NET, which you can see in the screen capture below, is a favorite NuGet package of mine. It exposes multiple ways of reading and writing JSON payloads from REST APIs. Give it a try. 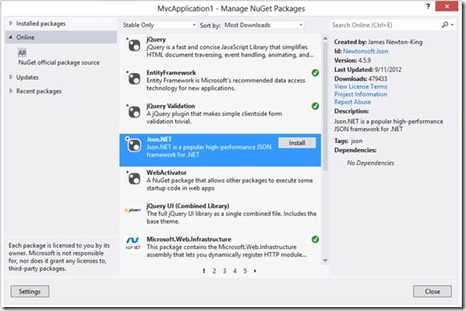 The sample demonstrates these main features:

Many people have been asking for this app, and we’re happy to make it available. You can download the sample and source files from the MSDN Samples Gallery: http://code.msdn.microsoft.com/Whats-New-in-the-NET-e8d7545c.

You can see the app in the screen captures below. It displays a number of .NET Framework features, which you can then explore with any of the input modalities (including touch) available on your machine. 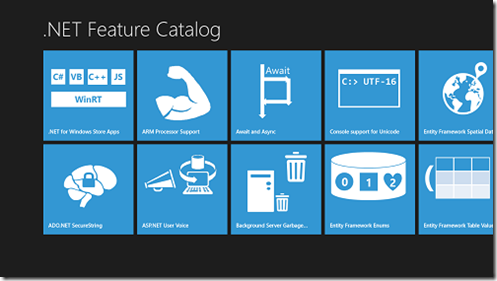 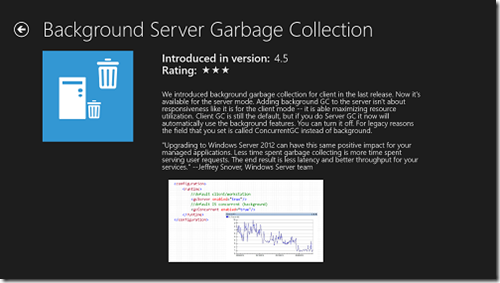 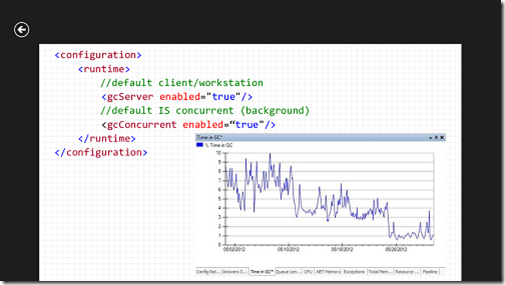 Downloading and opening the app in Visual Studio 2012

You can download the “.NET Feature Catalog” app for yourself. From there, it’s easy to open it up in Visual Studio 2012 to explore the source code. 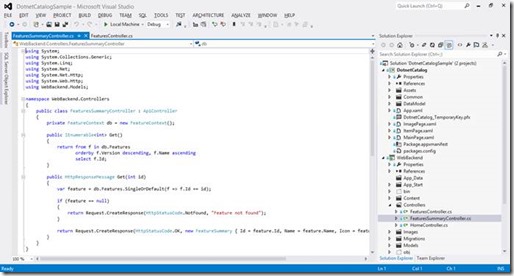 You can take a quick peek at the “What’s new in the .NET Framework 4.5” app by watching one of our videos from TechEd North America (presented by Brandon Bray) or TechEd Europe (presented by Layla Driscoll).

Note: The app in the MSDN Samples Gallery includes slight revisions to the app we presented at TechEd 2012.

Visual Studio 2012 is now available for everyone to use. Enjoy coding, and check out our app.

Tom Dykstra - MSFT
September 13, 2012
0 comment
An ASP.NET Open Source How-To Decoder Ring
As you probably know, ASP.NET MVC, Web API, and Web Pages are available as open source on aspnetwebstack.codeplex.com. If you want to go beyond using the official RTM ...