We’re super excited to announce that several meetups featuring Visual Studio Team Services are taking over the world in the next 2 months. Check the meetups out if they’re anywhere near you and meet other Team Services users as well as folks from our engineering team in a few of these! And as we publish this post, we’re getting in some live updates from recent meetups such as MS Dev Montreal 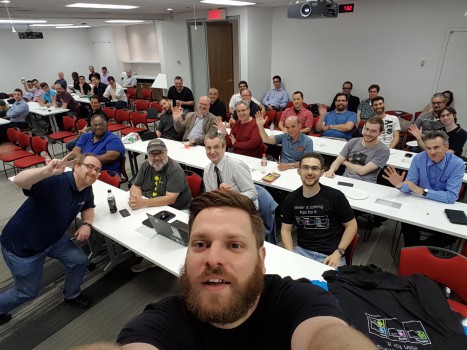 We’ll keep adding to this list as we hear about more meetups this summer. Stay tuned. Tell us by commenting below if you’d also like to include Team Services content in your meetup. Or if you attended one of the above meetups, tell us about your experience!

Rogan Ferguson
June 6, 2016
0 comment
Hosted Build Pool Images Updates
Today we are rolling out a new image to the hosted build pool with the following updates: For a full list of software see https://www.visualstudio.com/en-us/docs/...