I had earlier blogged about how we use Release Management to run our test automation in the RM team. Since then, the RM service or Release Management Online (RMO) has added support for parallel environments (with the Sprint 94 payload (also called M94)), and we have tweaked our automation pipeline to leverage this feature. 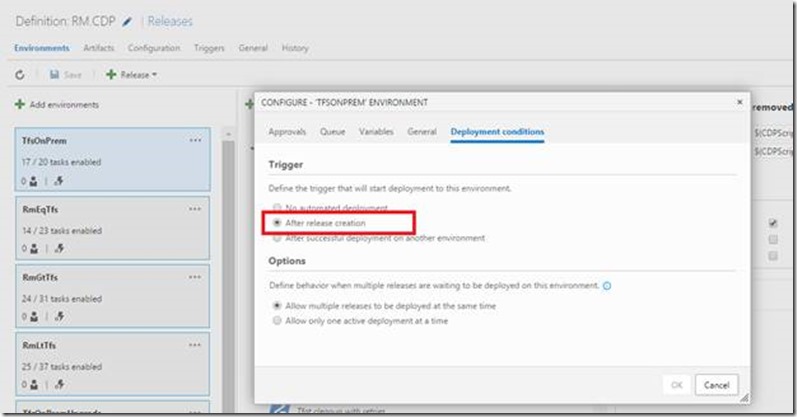 This gives us much nicer view for monitoring how stable the builds have been over time. 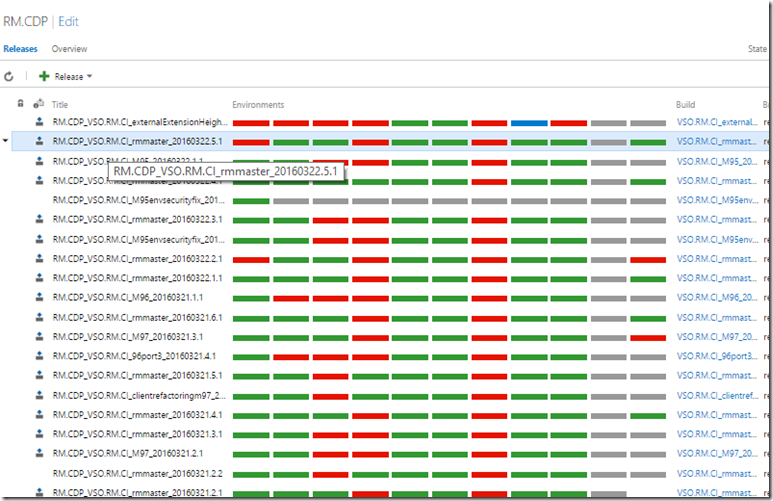 In addition, we also use release promotion to test our AtDtMismatch scenario.  Specifically, the AtDtMismatch environment tests the scenario of the Application Tier (AT) being at a different version from the Data Tier (DT) e.g. AT could be at Sprint 97 (M97) and DT could be at M96.

(1) RMO has a dependency on the SPS and TFS platform services.

(2) RmEqTfs test suite tests the scenario where the RMO version is EQual to the TFS and SPS version e.g. all of them are at M96. 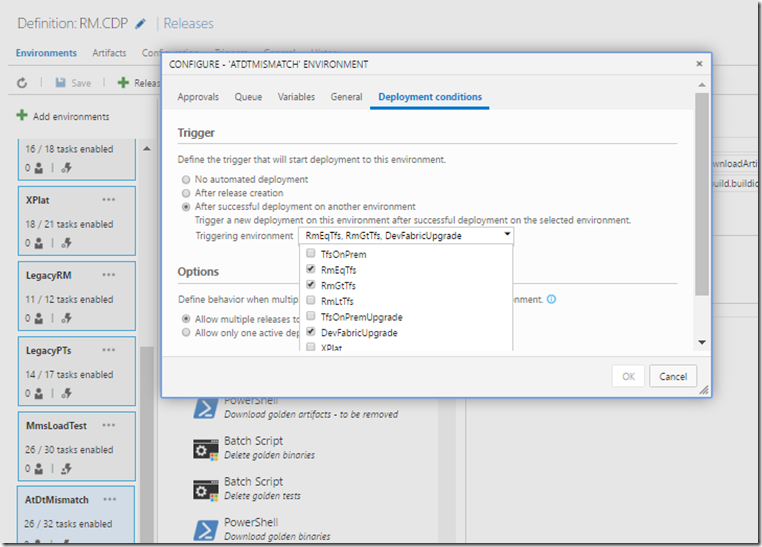 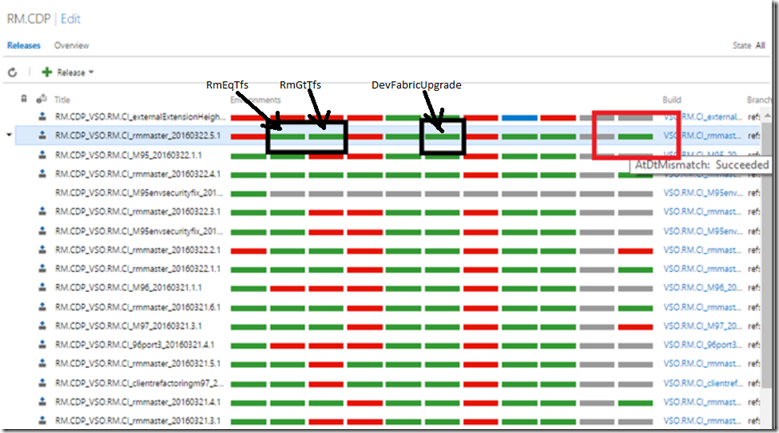 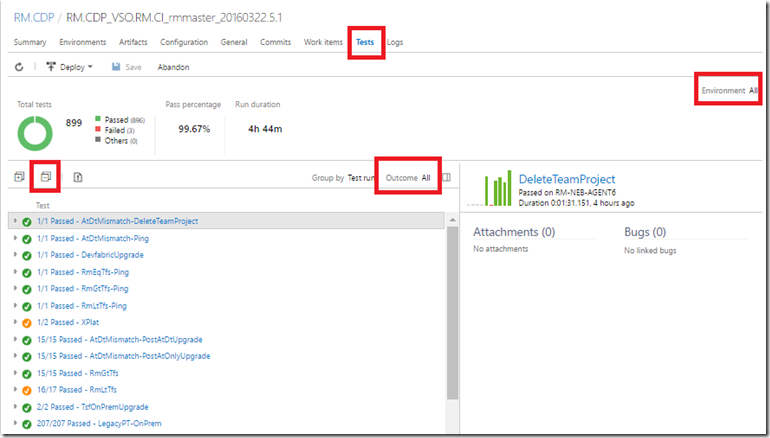 You can then drill down into the failed tests to see when they began failing etc.

Converting multiple RDs into a single RD with multiple environments 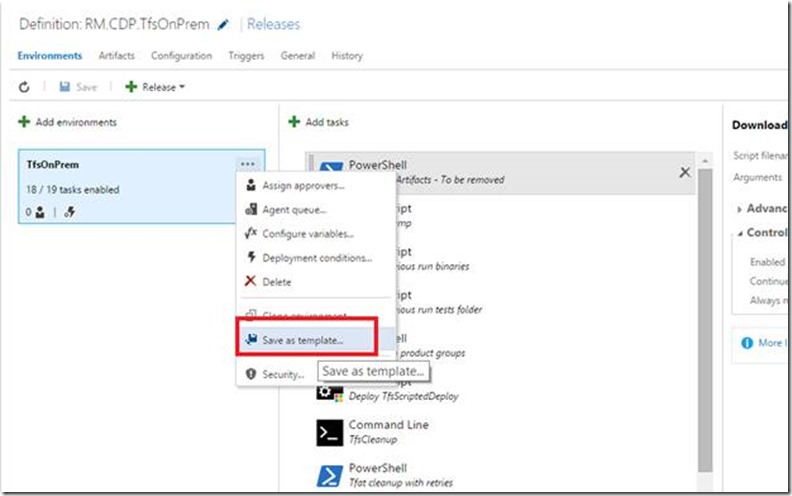 2) Change the trigger from Continuous Deployment to Manual for RM.CDP.TfsOnPrem since we want to effectively deactivate it: 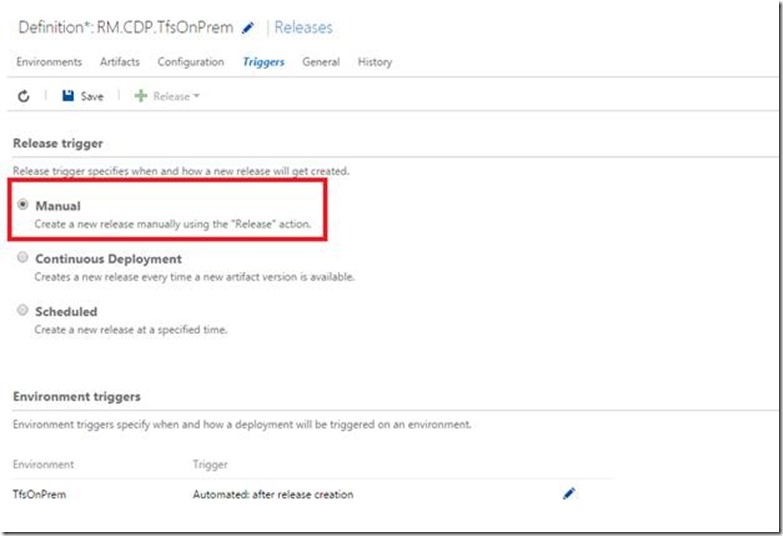 3) Add an environment into RM.CDP based on this template: Edit RM.CDP –> Add Environment –> select “Custom” tab of Deployment Templates –> select the template that you just saved off. 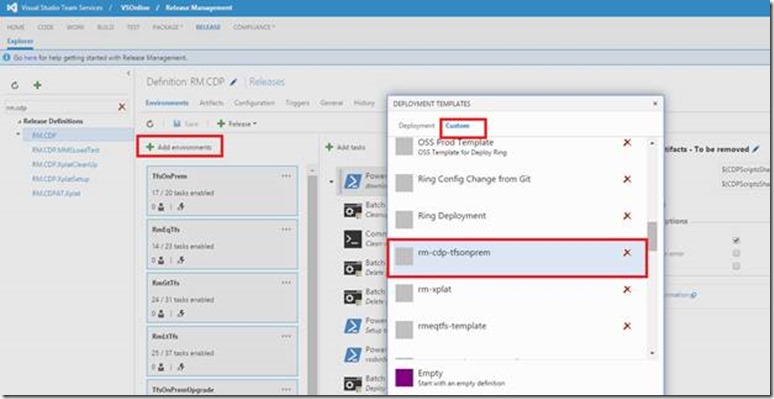 Here is a view of the Release-level variables of RM.CDP: 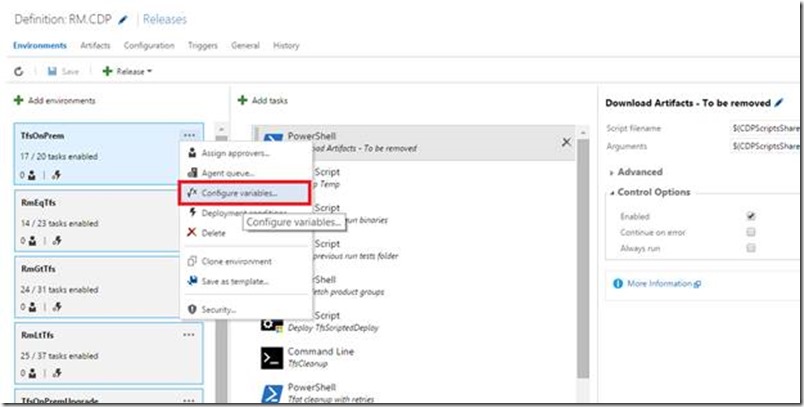 5) Finally, we renamed RM.CDP.TfsOnPrem to RM.LegacyCDP.TfsOnPrem, and we don’t use it any more. After a few months of disuse, we expect to delete it. 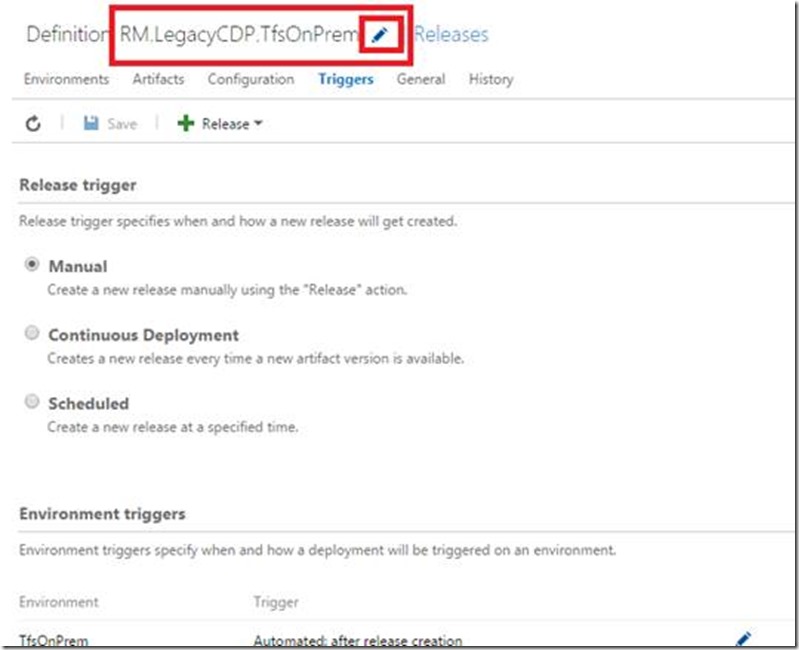 The next feature that I am really looking forward to is support for branch filters in RMO, so that we can easily find the quality of a build in a particular branch.  To get this right, we need to normalize the branch data that is stored in the DB and then expose it in the UI.  Hopefully we will get this feature out in a few sprints, at which time I will blog again on how we use it.

Now Rate and Review extensions on Marketplace!
As the number of extensions on the Visual Studio Marketplace grew, we felt the need to have a mechanism to provide feedback and easily differentiate extensions. Today we ...

Harysh Menon
March 23, 2016
1 comment
Performance Testing with App Service Continuous Deployment
For every deployment you do on the web app, you might like to verify the performance of your web app and see if it is going to meet your business SLAs around performance ...