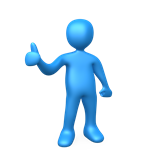 The list of resolved bugs which we received from the community and from internal dogfooding environments is substantial:

Lab Management walkthrough using Visual Studio 11 Developer Preview Virtual Machine
Updated 7/16/2012: Please note this an archived post and the Lab Management VHD has been retired and been removed from the Microsoft Downloads site.  &...