Since we launched Package Management Public Preview last November, your response has been fantastic. Thank you to everyone who’s installed our extension, published a NuGet package, or sent us feedback.

As the sunshine starts to return to Seattle, it’s time for some spring cleaning. A list of small but important feature improvements has accumulated in the corner. Most of them are the direct result of emails, Send-a-Smiles, StackOverflow questions, and tweets to the team. It’s time to dust off the list and share it here.

Broad availability: Back in February, we shipped package management preview to Europe and Australia. We heard your feedback that shipping only in North America was problematic. In future packaging previews, we’ll make sure features light up everywhere at once.

User experience: We’re constantly tweaking the web interface based on your feedback. Most notably, we added filtering so you can quickly find the packages you need. We’ve also made dramatic improvements in speed when you switch between packages or between feeds.

NuGet functionality: We added the ability to permanently unlist packages from a feed. When a package is unlisted, it no longer shows up in any package listing, whether on the web, in Visual Studio, or nuget.exe. This won’t break anyone’s dependent packages or build definitions: unlisted packages remain downloadable by specifying an exact version.

Team Build integration: We’ve improved our Team Build integration in big and small ways since preview launched. Authentication can be confusing, so we added diagnostic output when the build system can’t authenticate to a feed. We’re in the process of bumping nuget.exe on the hosted build agents to version 3.3, which fixes many bugs and enables PCL packages. By the end of April, you will also find new options for package versioning in the NuGet Packager task. [Edited on May 3, 2016: The promised package versioning post is now available.] 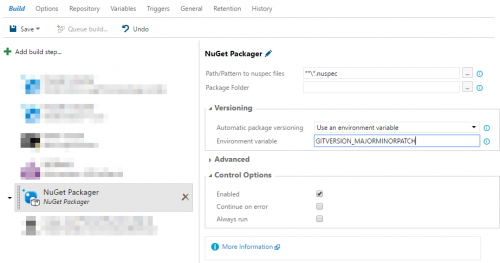 Documentation: Our documentation evolves continuously as we receive feedback and add new features. Between program managers and content writers, there have been at least 40 pull requests in our documentation repository since December.

Of course, we aren’t done! Keep an eye on the blog for future announcements. We’re working hard on building support for npm (the Node.js package manager), landing our NuGet features in TFS vNext on-premises, and adding more highly-requested features such as true package delete.

Feedback is always welcomed. Leave us a note here or Send-a-Smile from the web UX.

How CPU Sampling Works
In this blog post, I’ll cover some of the basics of CPU Sampling, the method the Visual Studio profiler uses to capture CPU performance data in your applications. If ...

Nikhil Joglekar
April 28, 2016
0 comment
Assessing extension reliability and safety
With 3rd party extensions now being available for Team Foundation Server as well on the Marketplace, there have been a number of queries around evaluating extension ...