What an amazing day.  Today we announced the release candidate to Visual Studio 2015..and it has a ton of new features.

If you haven’t already seen the news make sure and check out the following resources:

In addition to downloading Visual Studio 2015 Release Candidate (RC), .NET Framework 4.6, Team Foundation Server 2015 RC, and Visual Studio 2013 Update 5 RC you can also use an Azure VM image to try out these releases.

I am just wrapping  the last of the RC publishing and realized I hadn’t done a post on my teams features-Load Test. Since November  2012  Cloud based Load Testing has released an amazing amount of value.   The ability to scale to 100 cores (1000 cores when using parallel runs!!) the ability to author and initiate load tests from a browser experience, the ability the run load tests up to the 72 hours (yes 72 hours!), the ability to collect performance data from production applications with Application Insights and today we are adding the number one customer requested feature:

**The ability to specify where your load test traffic is generated from.    ** 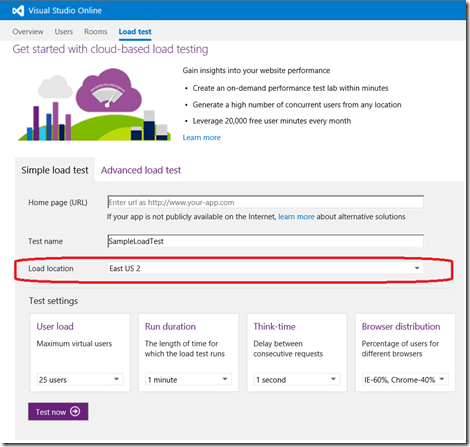 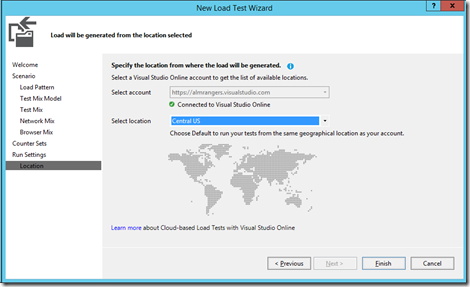 -and don’t worry if you forget to set it in the wizard….or don’t use the wizard it can also be set as a property in the load Test run settings. 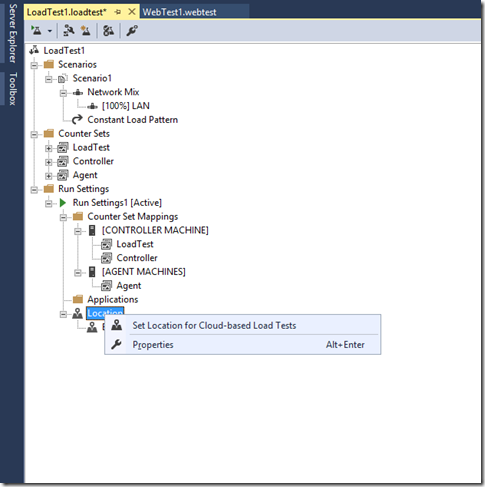 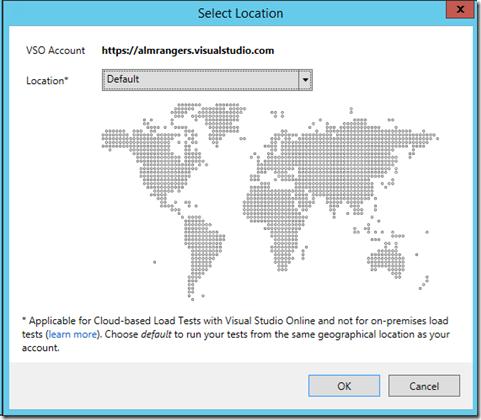