👉 Note: In the About popup within the Terminal, this version will appear as v0.6.

The Terminal now has even better tabs! The WinUI TabView used in the Terminal has been updated to version 2.2. This version has better color contrast, rounded corners on the dropdown, and tab separators. Also, when too many tabs fill the screen, you can now scroll through them with buttons! 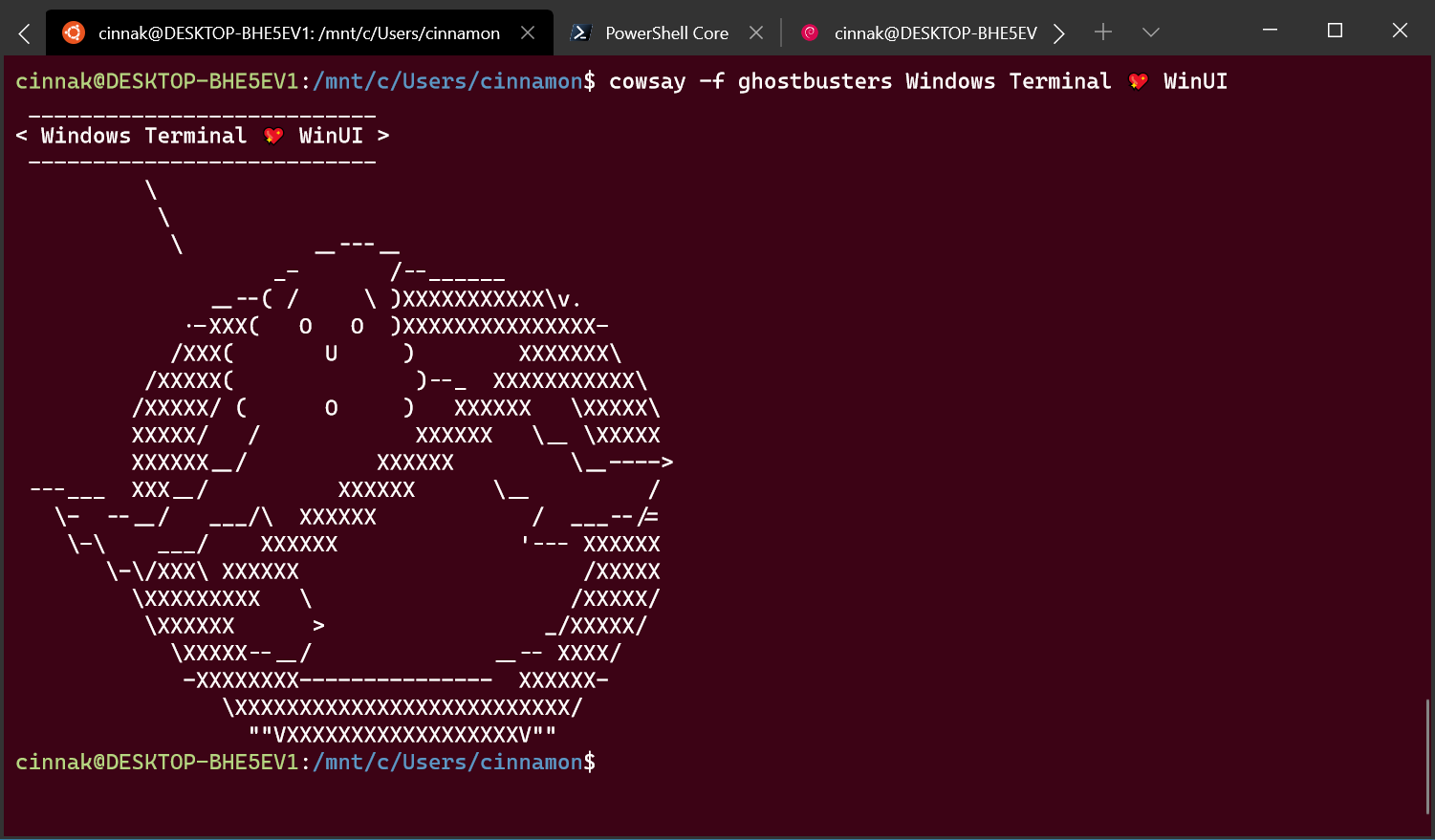 Windows Terminal now automatically detects any Windows Subsystem for Linux (WSL) distribution installed on your machine along with PowerShell Core. If you install any of these after this update of the Terminal, they will appear in your profiles.json file! 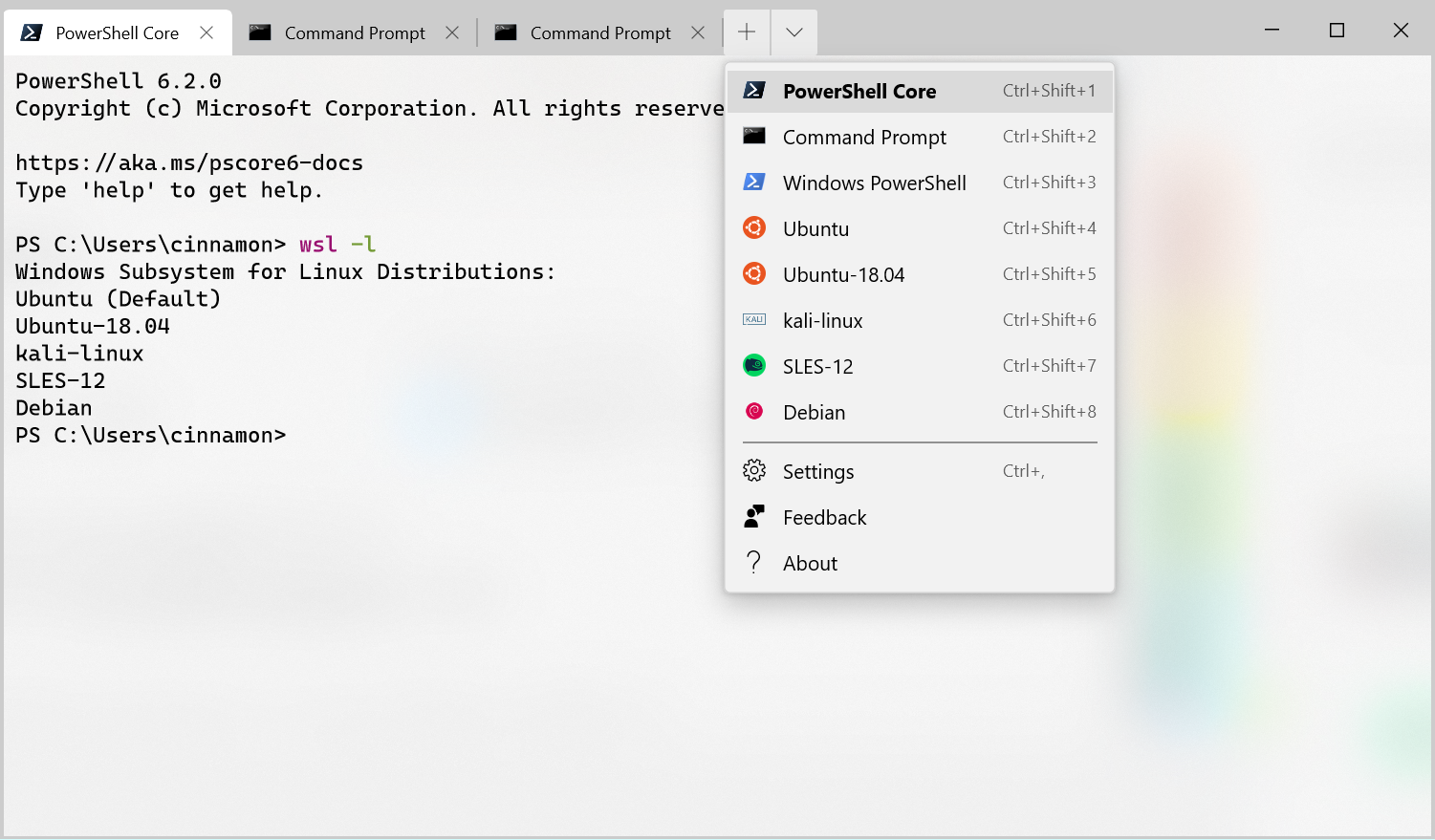 👉 Note: If you don’t want a profile to appear in your dropdown, you can set "hidden" to true in your profiles.json file.

The Terminal now has an improved settings model! It ships with a defaults.json file with all of the default settings included. If you’d like to see what’s included in the default settings file, you can hold down the Alt key and click on the settings button in the dropdown menu. This file is an auto-generated file and changes made to the file are ignored and overwritten. Your own profiles.json file is where you can add as many custom settings as you’d like. 😊 If you’d like to reset your settings, Scott Hanselman (@shanselman) has written an excellent blog post on how to do just that!

If you’d like to set the Terminal’s initial position, you can add "initialPosition" as a global setting. This property accepts a string with the X and Y coordinates separated by a comma. For example, if you’d like the Terminal to launch at the top left of your primary screen, you’d add the following to your profiles.json:

👉 Note: If you’re using multiple monitors and would like to set the Terminal to launch to the left or above your primary monitor, you will have to use negative coordinates.

🐛 You can now double-click on the tab bar to maximize the window!

🐛 One of the main bugs causing newline issues with copy and paste has been fixed!

🐛 You can now use font names longer than 32 characters!

🐛 There is no longer text corruption when running two tabs at the same time!

We love working with our community and we’d like to call out those who have especially made an impact!

Feel free to reach out to Kayla (@cinnamon_msft) on Twitter if you have any questions or feedback! You can also file an issue on GitHub if you encounter any problems or have any feature requests. See you next month!