👉 Note: We are still working on improving this experience and any feedback you have would be greatly appreciated on GitHub! Currently known bugs are filed with the Area-DefApp label. 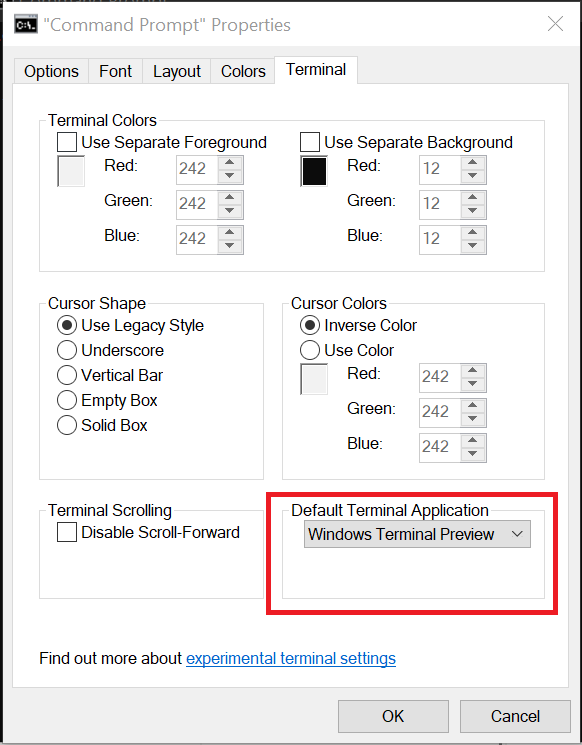 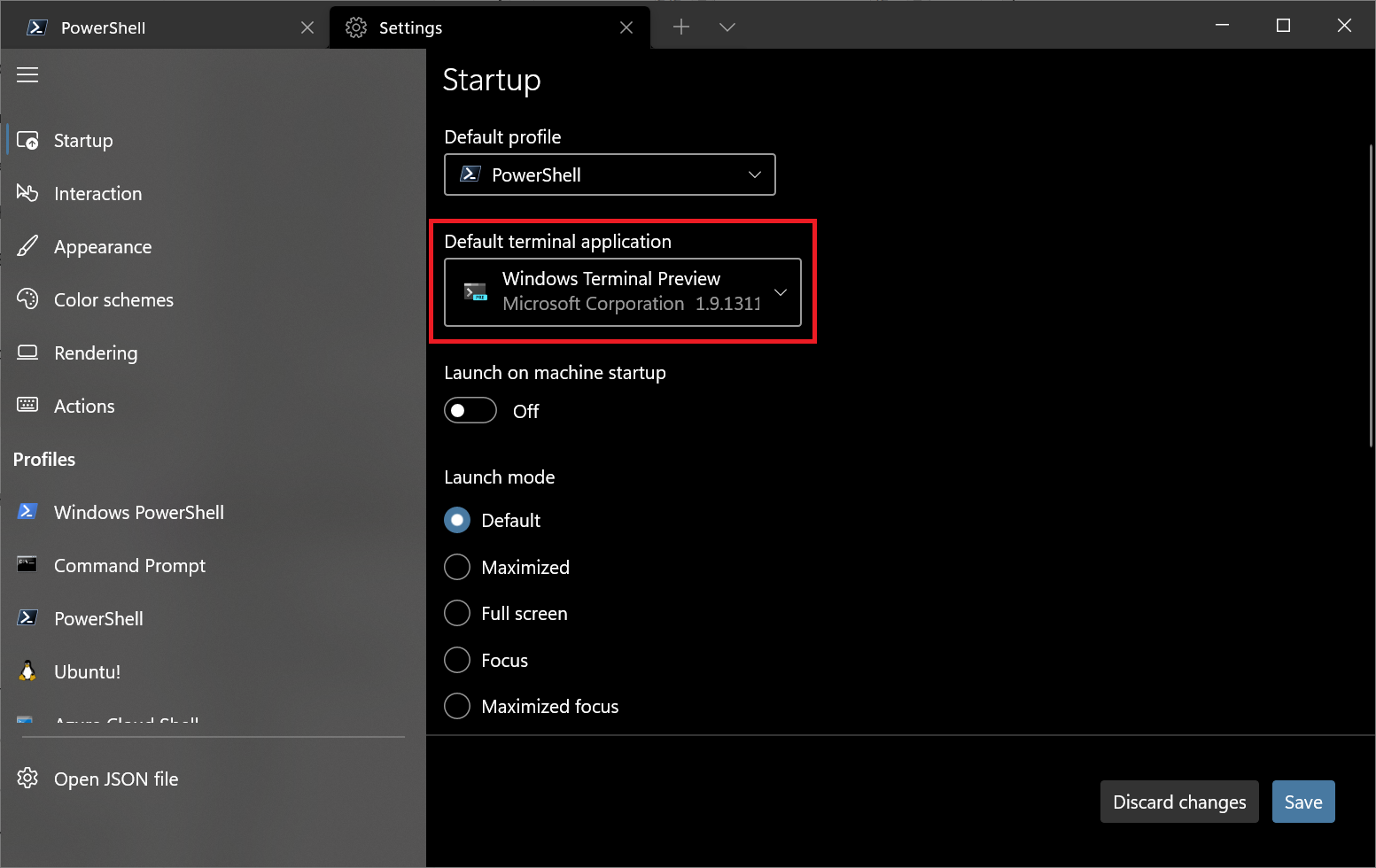 Windows Terminal now comes with quake mode! Quake mode allows you to quickly open a new terminal instance from anywhere in Windows by typing Win+`. The quake window will appear on the top half of your screen and can easily be dismissed with the same keyboard shortcut. If you want to further customize how you can summon the terminal, check out the new features we have added for global summon on our docs site.

👉 Note: You cannot bind quake mode to a keyboard shortcut that is already bound in the OS. This includes PowerToys users who have Win+` bound for the FancyZones layout editor. The PowerToys team recently changed their default keyboard shortcut to Win+Shift+` to help avoid this conflict. 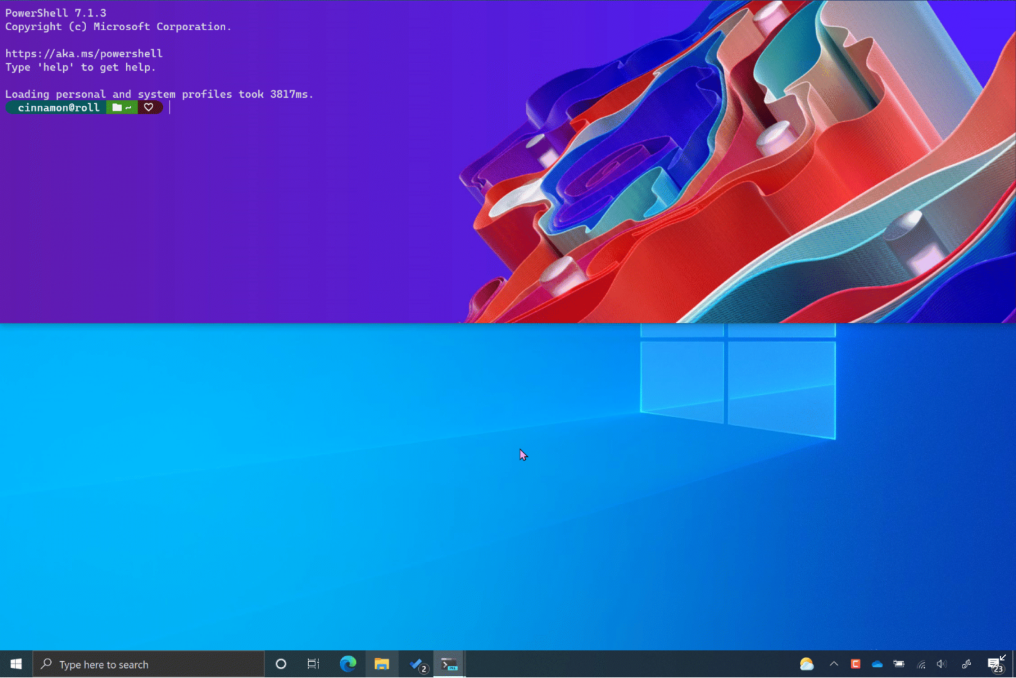 Cascadia Code now has an italic variant with cursive letterforms. This italic variant comes by default inside the terminal and can also be downloaded from GitHub. Font versions without “Italic” in their name will have a standard italic without the cursive letters. A huge thank you goes to Aaron Bell (@aaronbell) for designing Cascadia Code Italic and Viktoriya Grabowska for designing the italic Cyrillic characters!

👉 Note: We are still working on supporting RTL in Windows Terminal. You can follow our progress on this issue.

You can now edit your existing actions via the Actions page inside the settings UI. This makes it a lot easier to customize the keyboard shortcuts you like to use with Windows Terminal. We are still actively developing this page and we’d love any feedback you have! You can add your feedback as comments in this issue. 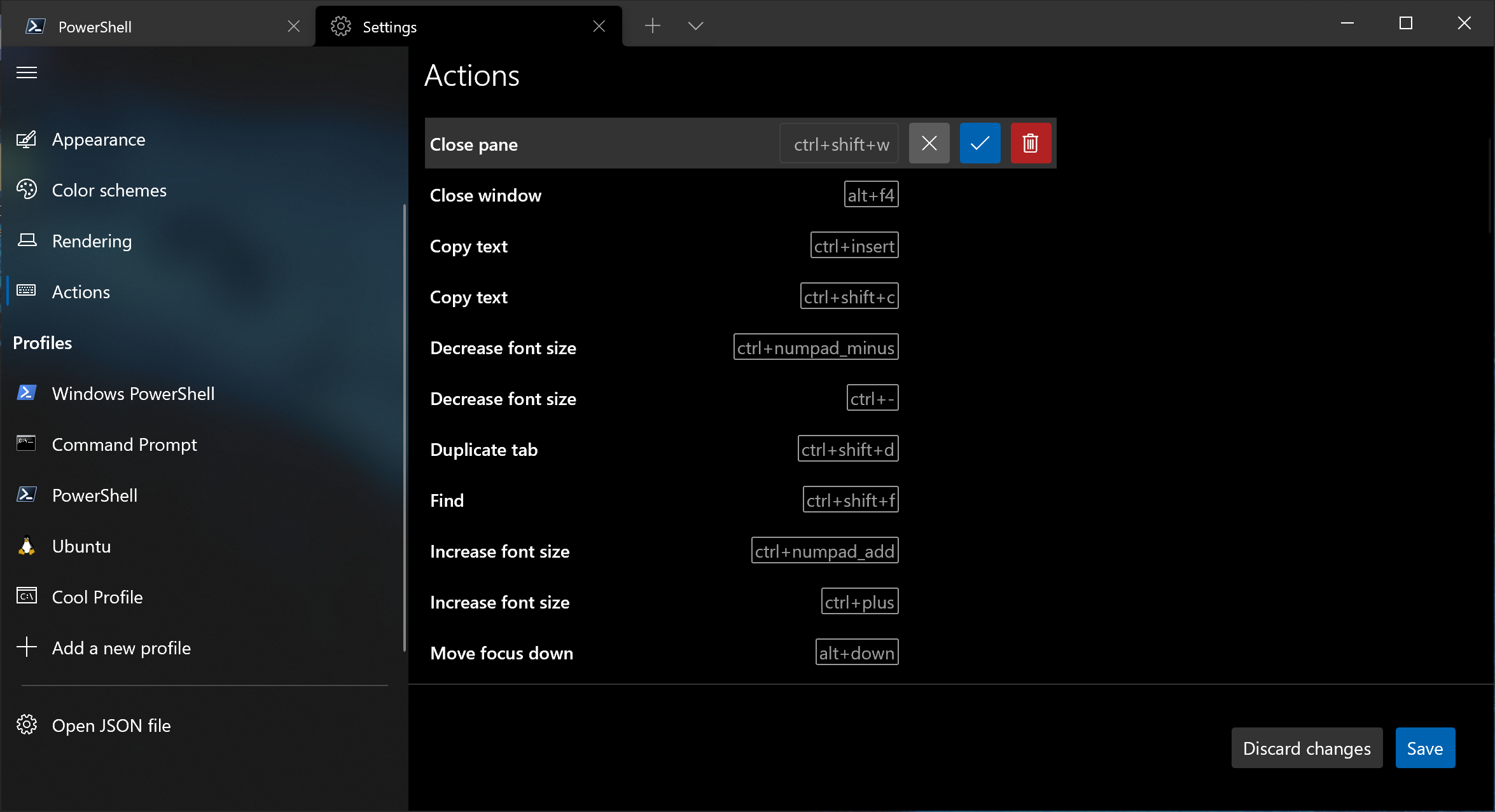 We have added a new page in the settings UI that lets you create a new profile. This page gives you the option to start a new profile from scratch or duplicate an existing profile. 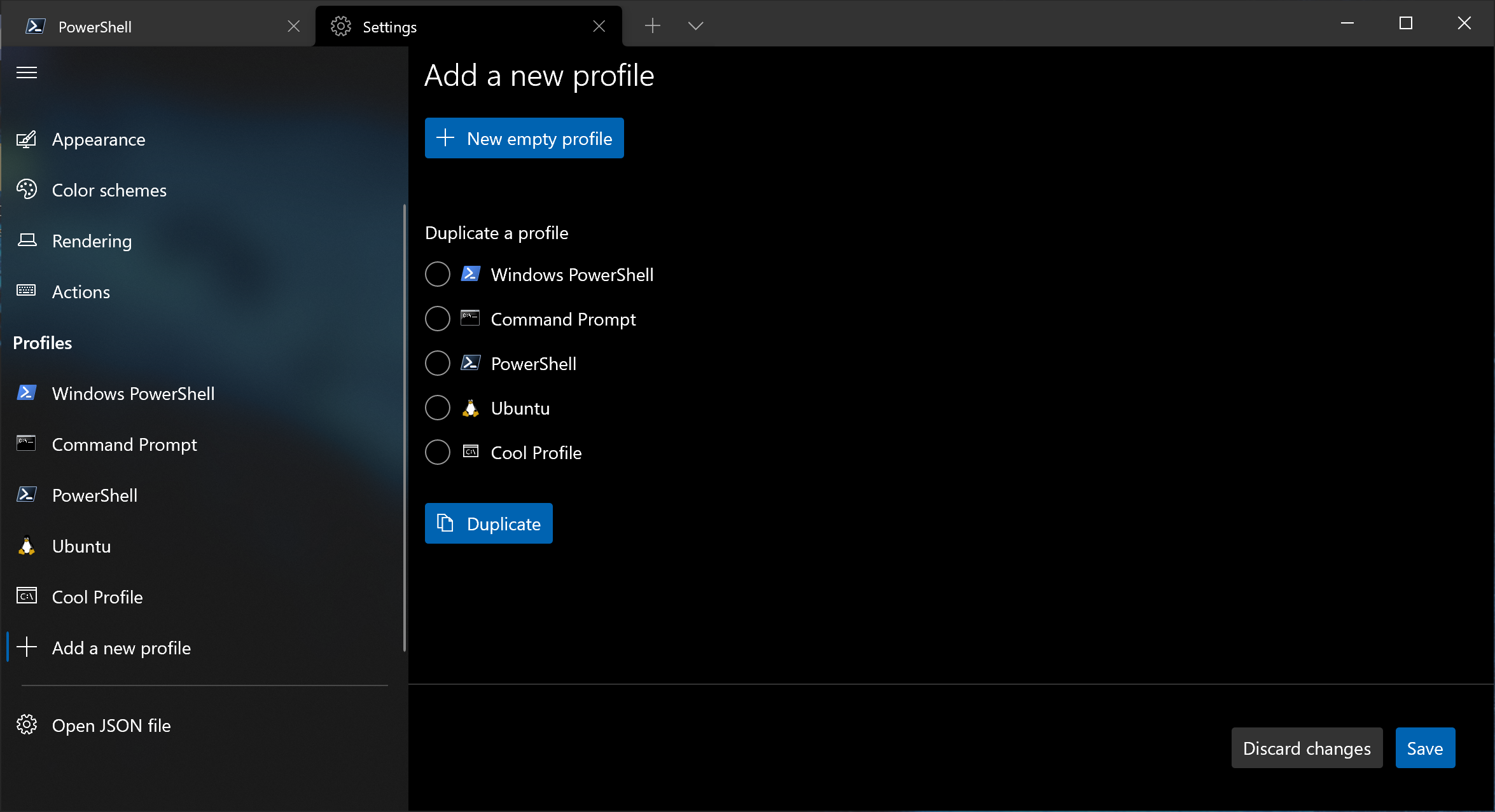 As you edit your appearance settings of your profiles, you can now see what your changes will look like in the preview window inside the settings UI! 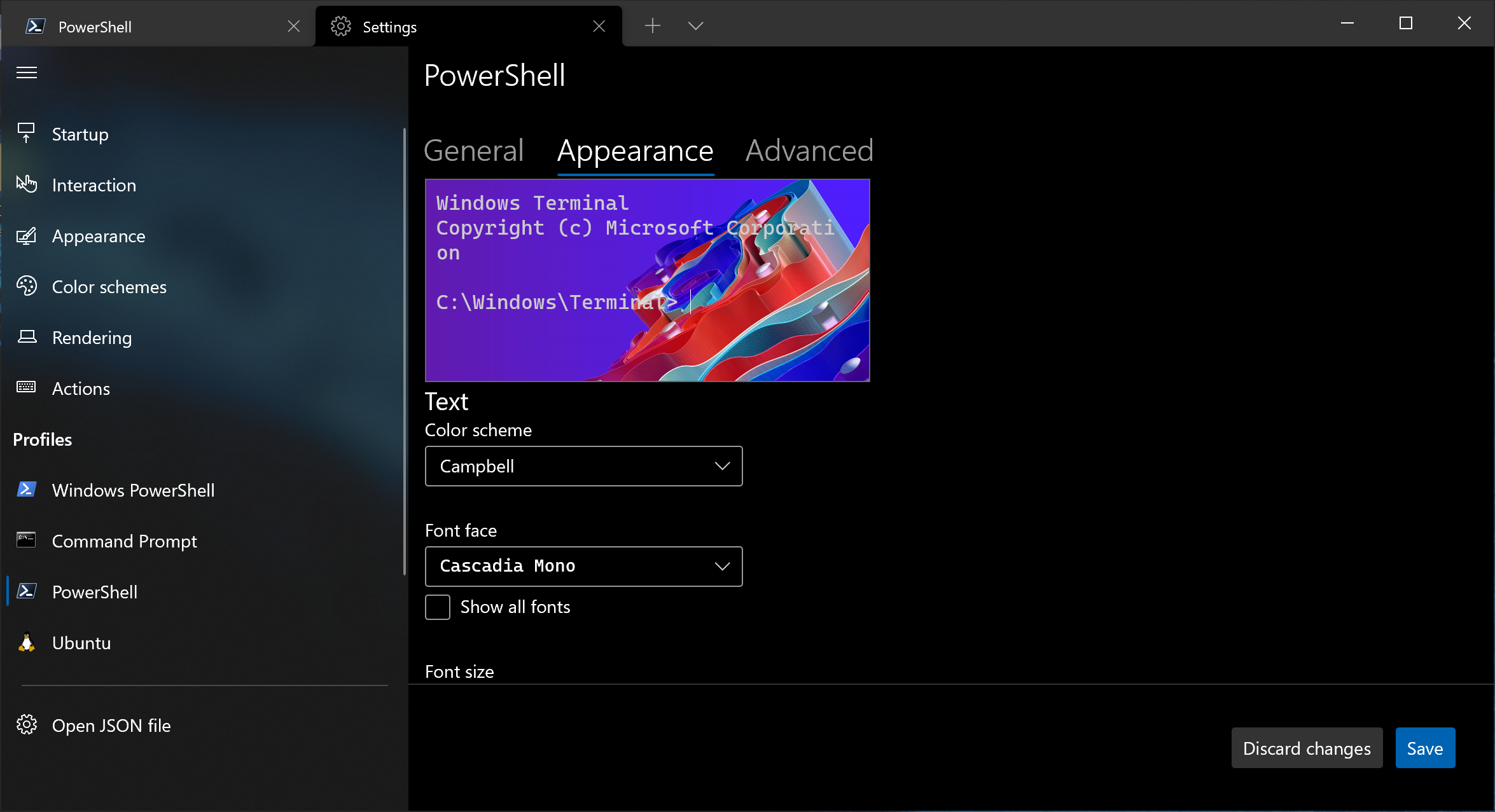 🛠️ You can now disable URL detection with the "experimental.detectURLs" global setting.

🛠️ The last selected pivot will remain selected when navigating through profile pages in the settings UI (Thanks @kovdu!).

🛠️ When choosing a color scheme with the command palette, the terminal will update with a preview of each one before selecting.

🛠️ You can now remove trailing white-spaces when copying text (Thanks @Don-Vito!).

🐛 The terminal will no longer crash when setting a tab color using the --tabColor command line argument.

🐛 The dropdown no longer randomly opens in the up direction (Thanks @mpela81!).

🐛 Long tooltips no longer get cut off (Thanks @Don-Vito!).

🐛 Clicking on the tab to focus the window now actually focuses the terminal window.

We love being open source and we love recognizing those who have made an impact for each release. Check out our top contributors for this release below!