A new setting has been added where you can make your title bar acrylic (Thanks @matthew4850!). This setting can be found on the Appearance page of the settings UI or can be set in your settings.json file using "useAcrylicInTabRow": true as a global setting.

👉 Note: You will have to restart your terminal in order for this to take effect. 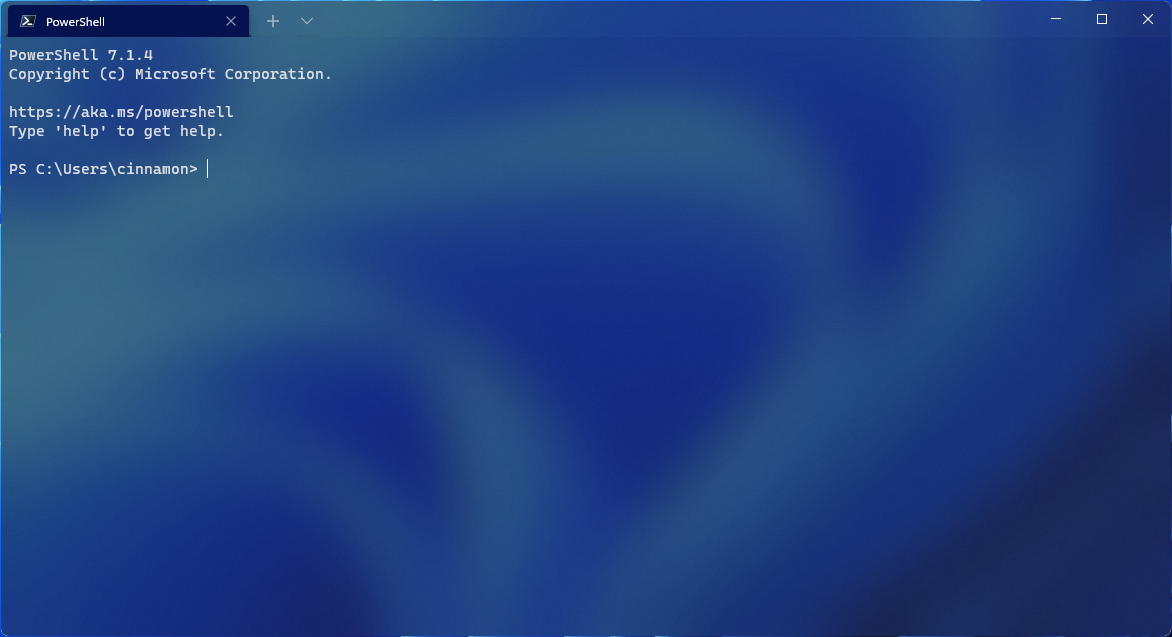 You can now choose how you want intense text to appear in your terminal by using the intenseTextStyle profile setting. You can either set your style to be bold, bright, both bold and bright, or have no additional styling added to it. This setting can also be found in the settings UI on the Profile Appearance page.

The font object now accepts OpenType features and axes in the settings.json file. For more detailed information on OpenType, check out the docs for features as well as the docs for axes.

Drag and drop path in ‘+’ button

You can now drag and drop directories and files onto the ‘+’ button, which will then open a new tab, pane, or window using the given starting path (Thanks @Daniel599!). When holding Alt, a new pane will open. When holding Shift, a new window will open. Without any key modifiers, a new tab will open.

The pane functionality has seen a lot of improvements with this release. A huge thank you goes out to Schuyler Rosefield (@Rosefield) who made many of our pane contributions! Here are some of the highlights:

Using the movePane action, you can now move a pane to a new or existing tab (Thanks @Rosefield!). You can also use the command palette to move your panes.

Swap panes within a tab

Using the swapPane action, you can now swap the places of two panes within a tab (Thanks @Rosefield!). You can also use the command palette to swap your panes.

You can now right click on a tab and select Split Tab to split the active profile into a new pane.

We are always trying to improve the settings UI experience and we have some updates in this release:

The appearance settings that apply to your profile when unfocused are now in the settings UI. When adding keys to your actions, you now only have to type the key chord, rather than spelling out all of the keys (i.e. c-t-r-l).

🛠️ Dynamically generated profiles can now be deleted (Finally! Sorry for the long wait on this one. 😊).

🛠 Tabs created with wt and default terminal instances will now have the launched command line as their title, instead of the default profile name.

🛠️ You can now navigate through panes in creation order using nextPane and previousPane (Thanks @Rosefield!).

🛠️ Navigating through panes with the move-focus action works much better and now also works correctly on startup.

🛠️ The toggleSplitOrientation action has been added and it switches a pair of panes from a vertical to a horizontal layout (Thanks @Rosefield!).

🛠️ The taskbar will now show the progress state of all of the panes/tabs combined, regardless of which is in focus. This is helpful if you’re running a build in an unfocused tab, for example.

🛠️ You can now use sc() and vk() for binding keys, which allows many more keys to be bindable.

🐛 Alt+Space can now be unbound from the system menu so that you can send ESC Space to the Terminal (Thanks @FWest98!).

🐛 Snapping the “quake” window to another display will now properly update its size.

🐛 The nextTab and prevTab actions now work correctly when used through wt or the command palette (Thanks @Don-Vito!).

🐛 Generating WSL distro profiles should be much more stable now.

🐛 The default profile dropdown menu will no longer take off into space when scrolling.

If you want to learn more about Windows Terminal features, you can check out our docs site. If you have any questions, feel free to reach out to Kayla (@cinnamon_msft) on Twitter. As always, bug reports and feature requests can be filed on our GitHub. We hope you enjoy this latest release!