For example, here’s a screenshot of Notepad trying to display the contents of a Linux .bashrc text file, which only contains Unix LF EOL characters: 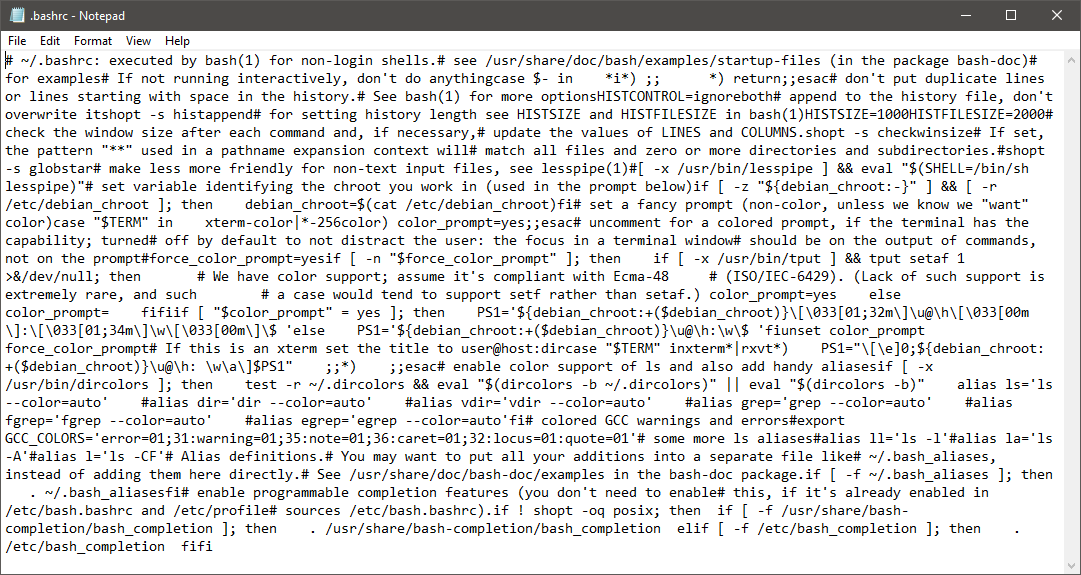 As you can see, Notepad is incorrectly displaying the file’s contents, making the file look garbled. This has been a major annoyance for developers, IT Pros, administrators, and end users throughout the community.

Today, we’re excited to announce that we have fixed this issue!

Here’s a screenshot of the newly updated Notepad displaying the contents of the same Unix/Linux .bashrc file we saw earlier: Also note that the status bar indicates the detected EOL format of the currently open file.

As with any change to a long-established tool, there’s a chance that this new behavior may not work for your scenarios, or you may prefer to disable this new behavior and return to Notepad’s original behavior. To do this, you can change the following registry keys in the following location to tweak how Notepad handles pasting of text, and which EOL character to use when Enter/Return is hit:

Windows Subsystem for Linux //Build 2018 Recap
Last week, the WSL team attended Microsoft //Build 2018. We had a great time meeting many of you and answering questions at the command line booth. In case you missed it...

Tara Raj
May 15, 2018
0 comment
Improved per-directory case sensitivity support in WSL
With the Windows Subsystem for Linux, we’ve always allowed you to treat your files as case sensitive, just like Linux does. In the past, if you had files whose name ...