As I’ve discussed in the past, we work VERY hard in this release to really improve the ease of installing TFS.  We’ve done everything from making more components optional, reducing prereqs, configuring prereqs for you, providing better defaults, implementing better diagnostic checks, making configuration serviceable and more.  It’s been a lot of work but I think it has really paid off in really transforming the TFS install experience from one that is very long and most people dread to one that’s pretty short, easy and problem free.

Part of our “secret” to doing all of this has been intensive instrumentation.  We’ve used both Dr. Watson and SQM to collect tons of information from Betas, LCTPs and the RC to understand what people are doing and what problems they are having.  We’ve also used blogs, forums, emails and support to follow up diligently on virtually every report of problems to try to get to the bottom of it and make some improvement that will reduce or eliminate the chance that someone else hits in the future.

I wanted to share with you some of the results.  Here’s some data on RC installation and upgrade success rates (as reported by our telemetry).  Some definitions:

Overall Success – Means the user failed one or more times but ultimately succeeded.  The failures can come from something as simple as trying to install the 64-bit version of TFS on a 32-bit OS (which quite a few people have tried over the various releases :)) to more involved issues like permissions not being right or misconfigured prereqs, etc.

Failure – Means as best we can tell, the user was not able to get the installation working.

Now all of this is a bit fuzzy due to limitations imposed by privacy restrictions.  We have to use indirect mechanisms to tell if two attempts are from the same “user”.  We actually can’t collect information on who the user is.  So it’s very possible that some number of the failures were actually Overall Successes but we weren’t able to tell that the ultimate success was the same user as the failure.

Here’s the success rates for fresh installs for the RC: 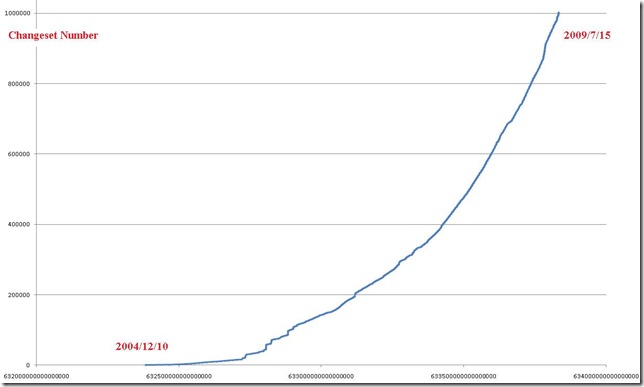 And here’s the success rates for upgrades for the RC:

Here’s the versions people were upgrading from:

We have been able to identify and improve several issues that lead to the failures on the RC.  We are expecting that the RTM success rate will be even better.  By contrast in TFS 2008, the success rates were 5-10% lower than this.

Here’s some other random and somewhat interesting statistics from our SQM data:

Operating System TFS 2010 is installed on: 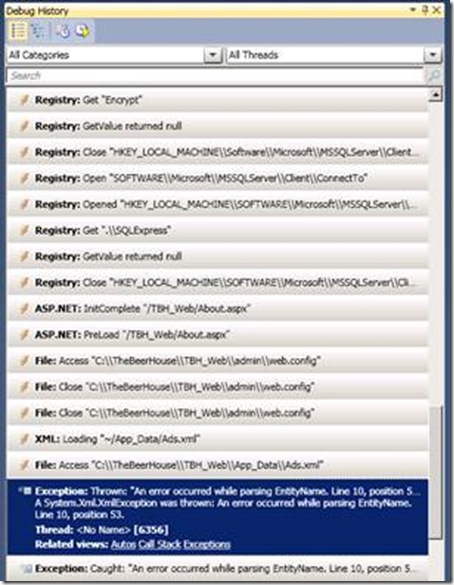 This is the first release we’ve supported installing on a client OS and a client OS is the #1 install target and a total of almost 37% of installs are on client OSes.

This is the first release we’ve supported 64-bit OSes and almost 2/3rds of installs are on them.

And here’s how much memory people have in their TFS machines:

Brian Harry March 12, 2010
0 comment
Team Explorer 2005 update for interoperating with TFS 2010 is now available!
This morning we delivered the final version of the patch to Team Explorer 2005 that enables it to work well with a TFS 2010 server.  Of course, it will also still ...