Planning for Performance and Flexibility 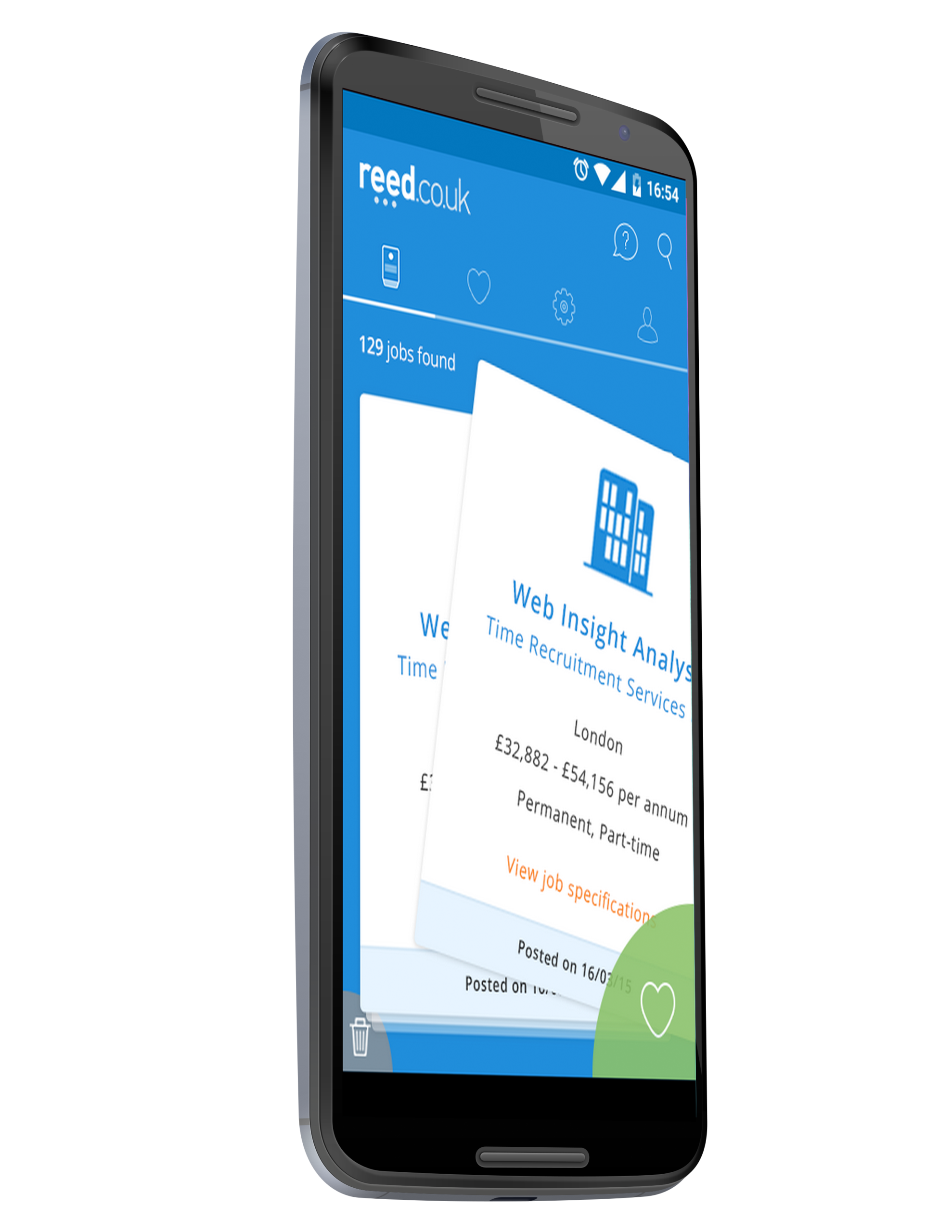 From the beginning, reed.co.uk set a demanding quality standard. In addition to providing key features from the website’s functionality, the team wanted to optimize the experience for mobile, including a completely native interface, recommendations, push notifications, and a unique offline mode to allow users to interact when disconnected. With just five months of development time, reed.co.uk knew that platform-specific coding for their Android and iOS apps was not a viable option on their timeline. Choosing Xamarin for its combination of C# support and performance, Yos Noor, Head of Research and Innovation reports, “C# enabled us to do away with having to learn a new language, which would have pushed having apps for multiple platforms out of the realms of possibility,” and estimates that 50% of each app is comprised of shared code. Noor was also pleased that unlike the hybrid app tools they evaluated, “with Xamarin, there’s nothing we haven’t been able to do in terms of performance.

As industry leaders, reed.co.uk understands the importance of quality. Testing has always been key to the company’s development life cycle; however, they were quickly limited by their ability to test in-house. According to Noor, “We began receiving reports of bugs on devices we didn’t own and therefore couldn’t replicate.”

reed.co.uk has also seen benefits from using Xamarin Insights and Xamarin Test Cloud together. According to Noor, “There were other suppliers who offered similar solutions, but none offered the kinds of benefits we’ve seen from Xamarin’s integration. The ability to trace a user journey so we can see exactly what led up to an issue, receive detailed information about crashes, and then feed that information into a test run and see step-by-step visuals of what happens on each device has been tremendously helpful. In the first three or four versions of the app, Xamarin Insights informed us of stability issues as they occurred. We wouldn’t have caught the bugs as early as we did without Xamarin Insights, because there are so many devices and configurations in the wild.”

Xamarin for iOS 9: Search Deeper
It's an exciting week for iOS developers with the release of the iOS 9.0 GM to all iPhone and iPad users. We're happy to announce the official release of Xamarin.iOS 9.0,

Miguel de Icaza September 16, 2015
0 comment
Bring Android Pay to Your Apps with Stripe
Android Pay has just launched, and Xamarin has everything you need to get your apps ready. The Google Play Services - Wallet NuGet adds the necessary APIs for Androi