Sketches are a powerful new feature that we announced as a preview release at Xamarin Evolve in October. With Sketches, developers can iterate on code within Xamarin Studio and immediately see the results, without having to go through a full build and deploy cycle.

A sketch is a file that stands alone or can be contained in a project, making it easy to move experimental code from a sketch into a code base. In some ways, it’s the immediate window on steroids.

For example, say you want to inspect the result of some code such as :

Sketches use a REPL (read–eval–print loop) that evaluates the code and displays the results:

There are visualizers for the output built in, too. For instance, a color is displayed as shown below:

You can even pin the results to the output area: 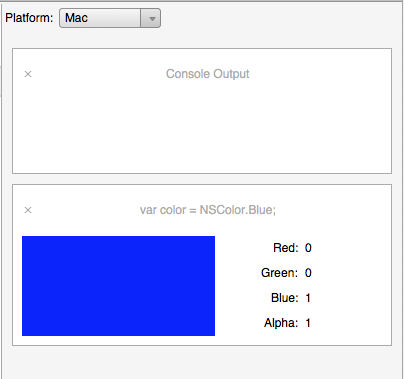 Additionally, the output can display graphs of data:

The visualizer can display other types of data, too, such as images:

Having image support is nice, because it allows you to write arbitrary graphics code in a sketch and render it to an image. For example, here’s a code snippet from a blog post I wrote a while back, showing the rendering of some Core Graphics drawing code (updated for the unified API) in an iOS sketch:

This renders a triangle in the sketch, as shown below: 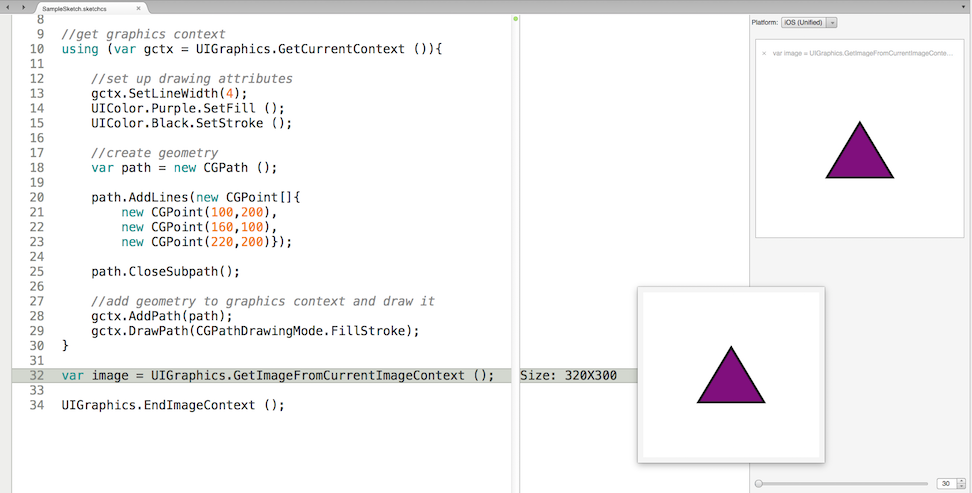 Visualizers aren’t limited to just images. You can display views as well, such as a UIView on iOS or an NSView on OS X. For example, here is an NSBox with a border:

To learn more about Sketches, check out the documentation in our developer center and the Sketches’ samples. Also see Aaron Bockover‘s great talk from Evolve.

Android Tips: Hello Toolbar, Goodbye Action Bar
It seems like just yesterday that Google introduced the Action Bar for Android. It jump started a revolution for the Android user interface and made developer's live