There is no performance hit for creating a user interface in XAML, rather than C#, because XAML can be compiled directly into intermediate language (IL) using the XAML compiler (XAMLC).

In this blog post, I’m going to explore using XAML to create a Xamarin.Forms page and demonstrate how to interact with code from XAML.

In a Xamarin.Forms application, XAML is mostly used to define the visual contents of a page. A XAML file is always associated with a C# code file that provides code support for the markup. The following code example shows a basic XAML class:

The x prefix is used for an attribute named Class, whose value is HelloWorld.HomePage (a fully qualified .NET class name). This specifies that the XAML file defines a new class named HomePage, that derives from ContentPage (the element in which the x:Class attribute appears), in the HelloWorld namespace. The x:Class attribute can only appear in the root element of a XAML file to define a derived C# class.

The associated code-behind file is shown in the following code example:

The MainPage property on the Application class is used to set the root page of the application. Therefore, when the sample application runs, a new instance of the HomePage class will be created and displayed.

Within the XAML file, classes (e.g. ContentPage, StackLayout, Label etc.) and properties (e.g. FontSize, Text, TextColor etc.) are referenced with XML elements and attributes and links between the markup and code can be established.

In XAML, parent-child relationships are established with a normal XML hierarchy. Therefore, the child of the ContentPage is a StackLayout. The StackLayout class contains a Children property, which can be populated with multiple views or other layouts. In XAML, the children can be implicitly set to the Children property of the layout by being placed between the start and end layout tags. The StackLayout contains three children: Slider, Label, and Button, which have various properties set on them that specify their appearance. This results in the page shown in the following screenshots: 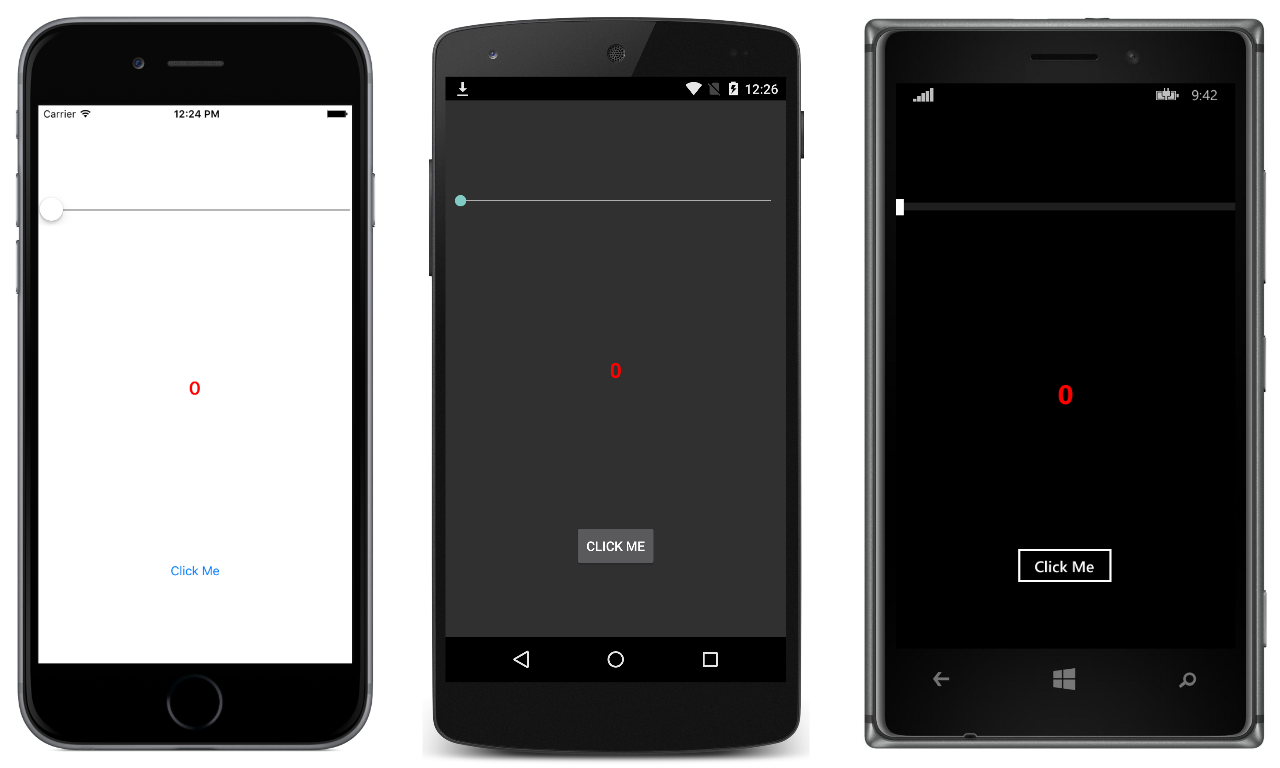 There are two fundamental mechanisms through which XAML and code interact:

The following code example from the sample application demonstrates these mechanisms: 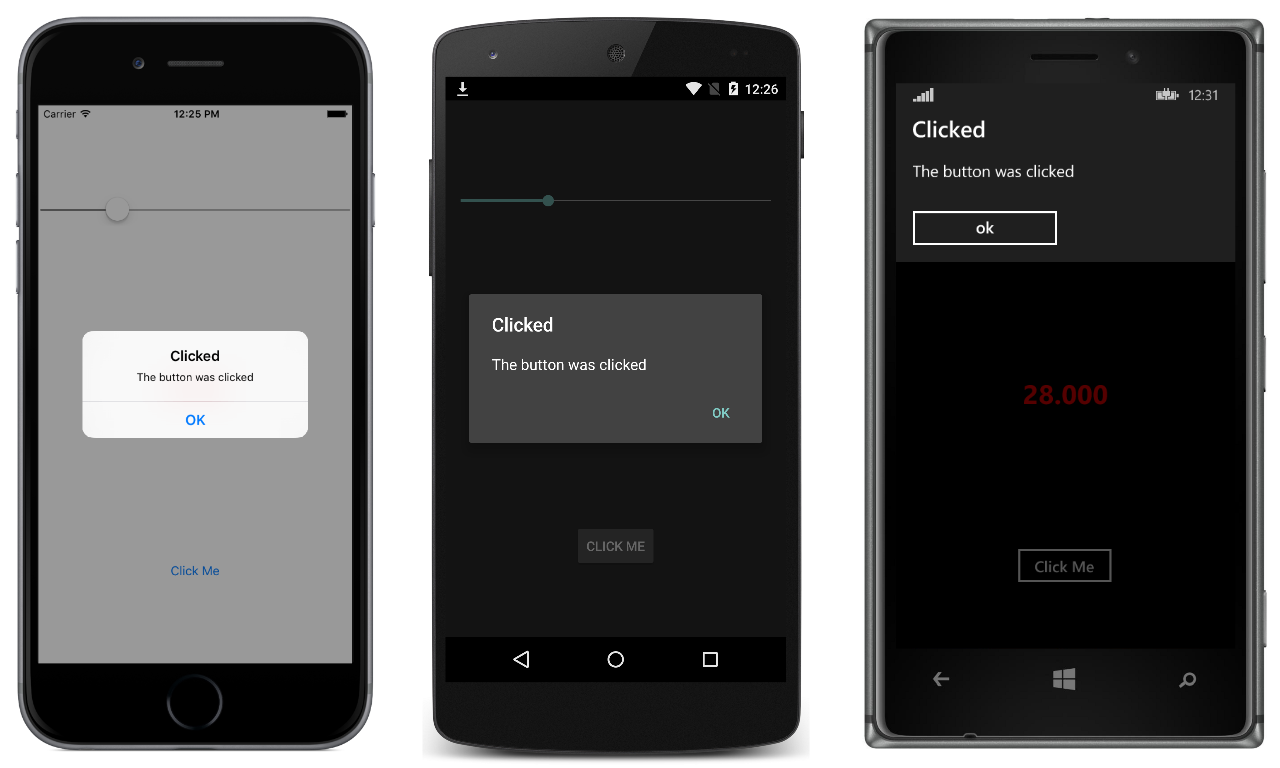 XAML and code can interact by XAML objects firing an event that’s handled in the code-behind file and by using the name assigned to a XAML object with the x:Name attribute from code-behind.

A Xamarin + Microsoft Future
I have exciting news for developers everywhere: I am proud to announce that Microsoft has signed a definitive agreement to acquire Xamarin. We are thrilled to join t