Get Started with Xamarin 4 Today

Xamarin 4 is a fantastic release, designed to make building apps with Xamarin faster, easier, and more delightful than ever before, and the Xamarin Education team has worked incredibly hard to deliver the resources you need to get up and running with it. In both the documentation and Xamarin University teams, we have created a ton of new content as well as updated the existing content to be as fresh as the release. Be sure to check out the following resources to get started with Xamarin 4 today.

Get Up to Speed Quickly with Lightning Lectures

If you’re an experienced Xamarin developer, I recommend starting with our free Xamarin 4 Lightning Lectures from Xamarin University. They focus on quick overviews and introductions of new features:

Xamarin.Forms 2.0 included a number of cool new features and performance enhancements including:

Xamarin 4 takes a completely new approach to building iOS apps in Visual Studio with a Mac build machine. With our completely rewritten Visual Studio support, it’s faster, more secure, and easier to set-up and keep your build environment in sync. After you’ve checked out the Lightning Lecture, make sure to check out our new docs on it here.

Build Beautiful Apps with the iOS and Android Designers

Both the iOS and the Android designers have seen significant improvements in performance, as well as a slew of new features.

The iOS Designer now supports XIB files as well as Storyboards, meaning you can more easily share table and collection view cell layouts and create universal launch screens. We’ve created a recipe that walks through creating a XIB based launch screen, in addition to the lightning lecture mentioned above.

Finally, Xamarin.Mac got a big upgrade with its new support for storyboards via Xcode, enabling seamless synchronization between your C# code and the Xcode graphical UI designer.

Get Testing with Xamarin Test Cloud

Xamarin Test Cloud just got even better. Not only is there a new pricing model that makes it more accessible for everyone, we’ve also launched UITest 1.0, the first official release of our C#-based test authoring package that brings a familiar NUnit-like structure to your automated user interface test code.

To make it even easier to write tests, we’ve created the Xamarin Test Recorder, which enables you to generate automated UI tests visually. 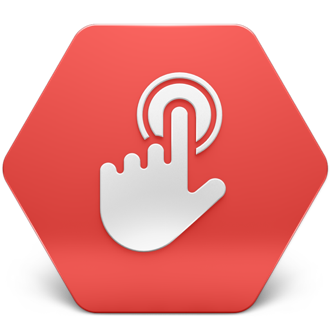 Xamarin Test Recorder is an early preview tool that lets you build tests without any code at all—simply click through your app to build test cases, and watch Xamarin Test Recorder generate test code for you. You can then edit the test further or upload it straight to Xamarin Test Cloud! Check out the Lightning Lecture, and then dive into the documentation for more information.

If you’re signed up for Xamarin University, make sure to check out the updated Xamarin.UITest (XTC102) class, which now covers Xamarin Test Recorder.

Xamarin Insights is a fantastic product that’s incredibly easy to add to your apps and can give you valuable insights into how people use them. Without doing any real work at all (simply adding it to your apps), you can track a lot of usage and metrics including app crashes and their cause. With a little more effort, you can build all kinds of useful events into tracking and really understand how people use your app, so you can optimize your development efforts. You can also automatically integrate events into 3rd party services such as GitHub and Visual Studio Online!

Check out the Quickstart guide or Lightning Lecture to get up and running quickly, or learn more about the product’s features in our expanded docs section.

Xamarin University students also have access to a brand new class, Using Xamarin Insights (XAM215) that teaches you everything you need to know to integrate Xamarin Insights into your Xamarin.Forms or native Xamarin application.

Getting Started with Xamarin.Forms 2.0’s Windows 10 Preview
With the release of Xamarin 4 came Xamarin.Forms 2.0, introducing new features and optimizations to help you build great native cross-platform mobile apps. In ...

James Montemagno November 23, 2015
0 comment
Inspect, Visualize, and Debug Your App Live
When you're adding the final polish before releasing your mobile app, it's easy to get stuck in that dreaded tweak-code-debug-run cycle. For every change that you ...