iOS developers know that app and device provisioning is a huge pain. Just to deploy an iOS app to a device for the first time, you must request a development certificate, generate a signing key, add a device in the Apple Developer Center, and create a development provisioning profile for the app that includes your device in the list of approved devices to deploy to. That was a mouthful.

The fastlane toolchain has been integrated into Visual Studio for Mac version 7.1. To access these features, simply change the updater channel to Stable. Install fastlane from GitHub with HomeBrew, the installer script, or via Rubygems. To provision your apps, you’ll need to be a member of the Apple Developer Program. 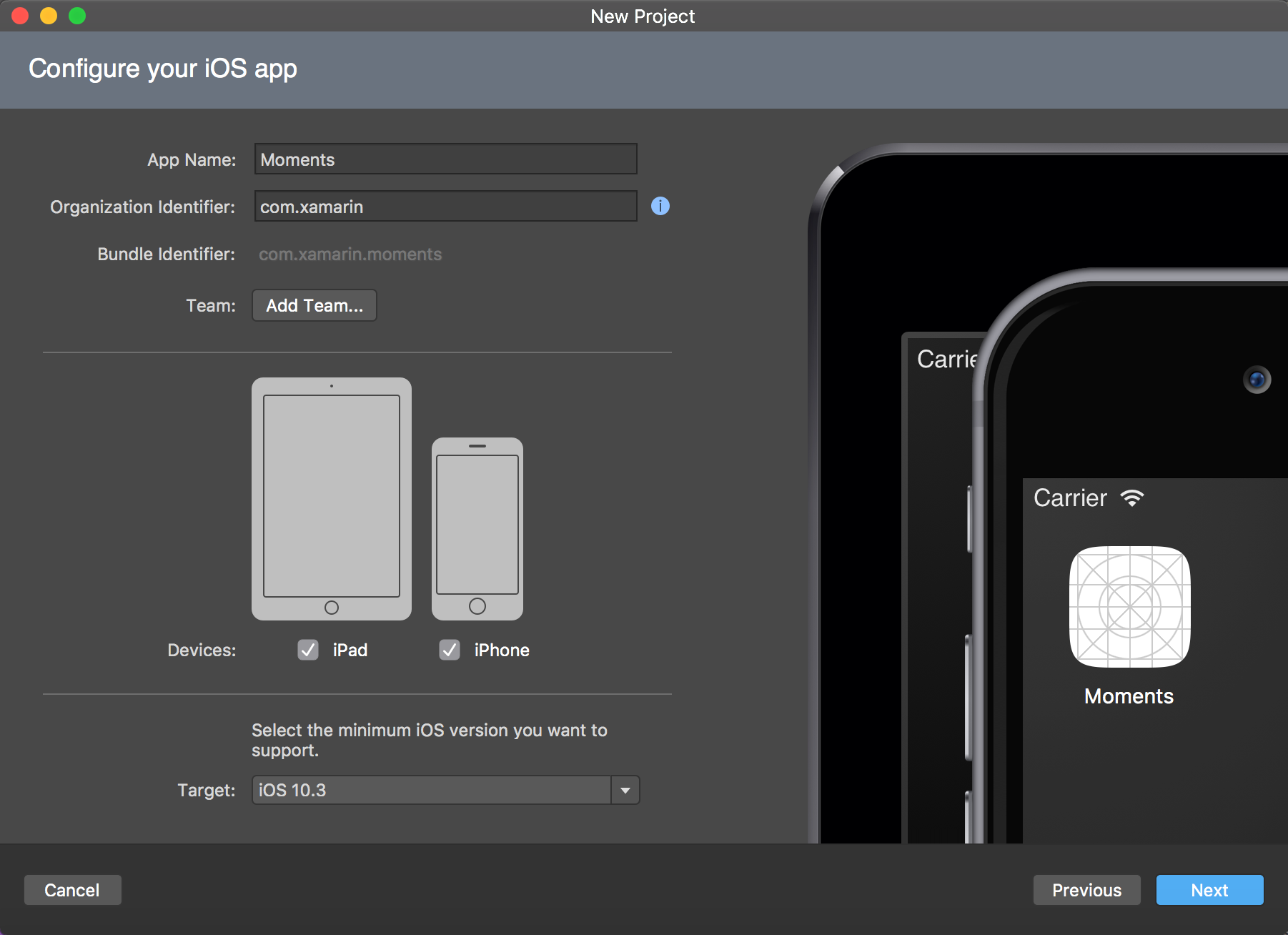 The Apple Developer Accounts tab within the Preferences window will appear. This is where you can manage all of your developer accounts across all of the apps you’re working on. Click the + icon to add your account. Enter your Apple ID and password to enable Fastlane to integrate with your iOS developer account. 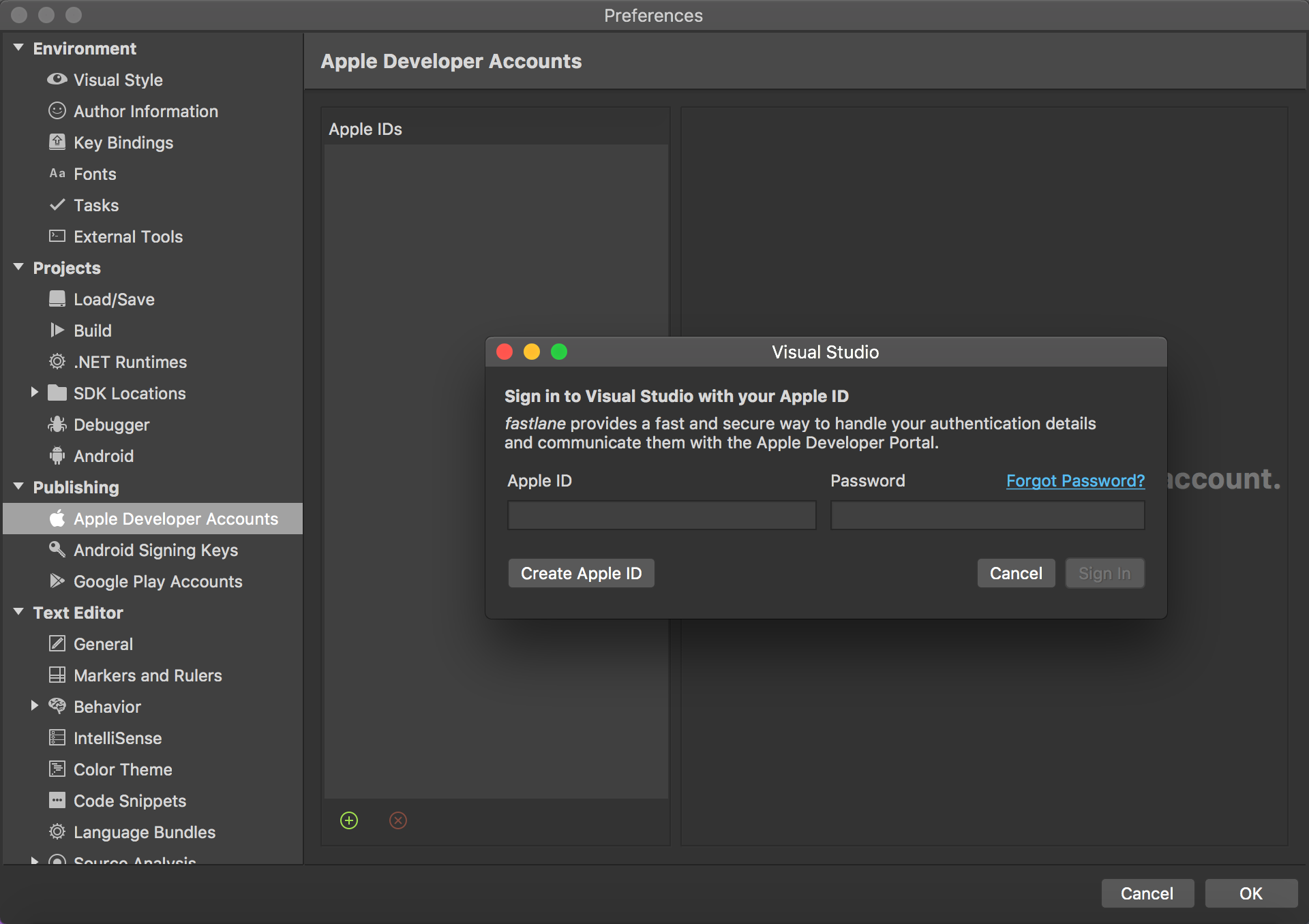 From this dialog, you can create certificates and manage provisioning profiles for all teams you’re a member of. Click OK and return to the File -> New dialog. Select your team from the dropdown, click Next, and click Create.

Right-click the iOS app you’ve just created, and select Options -> iOS Bundle Signing. The team you selected during the File -> New Project wizard is automatically set as the default team. Next to the Signing Identity heading, click the dropdown, and select Create signing identity. This automatically creates a new signing identity for you and associates it with your Apple developer account.

It’s worth noting that all setup up until this point only needs to be done once per Visual Studio for Mac installation.

To be able to deploy to a device, we must provision the device and “attach” it to the provisioning profile we just created. Normally, we would go to the Apple Developer Portal to do this, but Visual Studio for Mac provides a way to provision new devices directly within the IDE.

For a full breakdown of provisioning profiles and to see the fastlane integration in action checkout The Xamarin Show on Channel 9 with James and Oleg from the Xamarin team:

In this blog post, we successfully generated a development provisioning profile for a new app. Publishing iOS apps (either Ad Hoc for testing or for release in the App Store) requires a separate distribution certificate and provisioning profile. Now in Visual Studio for Mac version 7.1, you can easily create distribution signing identities for use in your app publishing workflow without leaving the IDE: 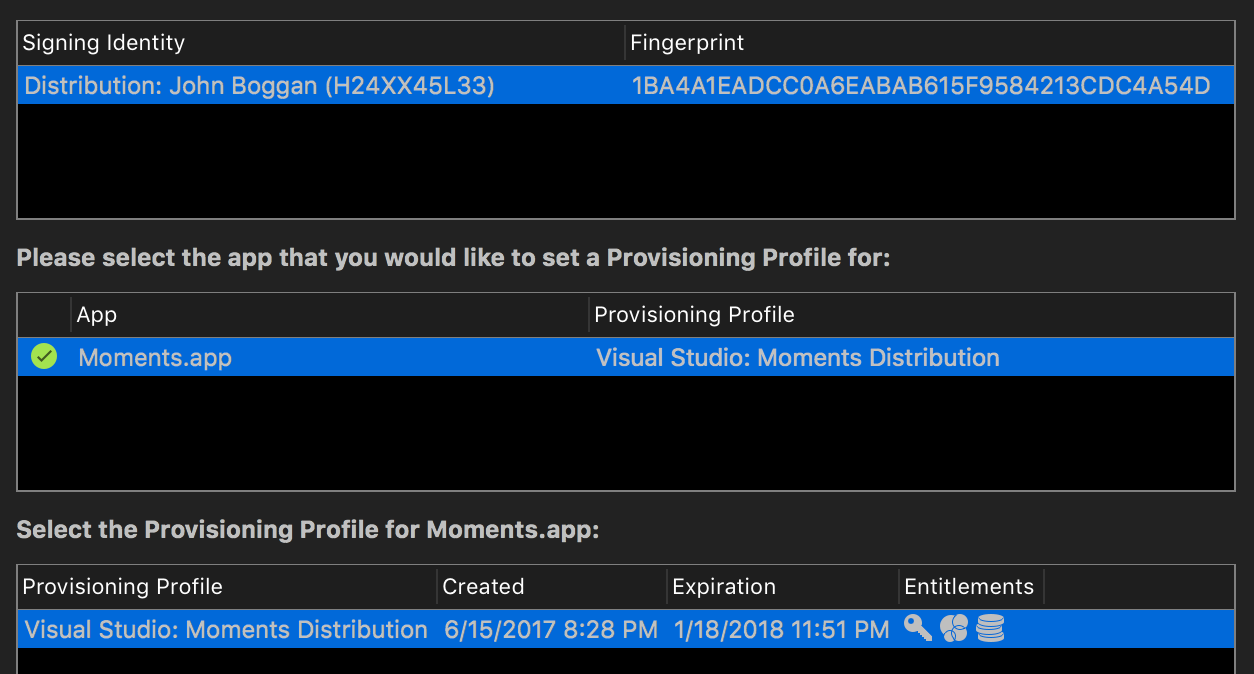 Visual Studio for Mac’s Fastlane integration makes it super easy for you to provision apps and devices directly from the IDE with just a few clicks. For more information, read our documentation on using the Fastlane tools with Xamarin. In the future, we will be working to bring easy app and device provisioning to Visual Studio on Windows and continue to integrate additional features of Fastlane directly into the IDE.