Real-time messaging apps are becoming commonplace, allowing us to communicate immediately or asynchronously with individuals and groups. Inspired by chat apps’ success with consumer businesses, Fidelity Mobile and the Legislative Assembly of Mato Grosso, one of Brazil’s state governments, developed their a real-time m-government chat app. Now, with the ALMT Interactive apps (available on Android, iOS, and Windows), Mato Grosso’s 3M+ citizens reach elected officials members and communicate with other residents at any time, earning points, titles, and awards based on their level of engagement.

Today, Valdemar Mendonça, Director of Research, Development & Innovation and Kassia Masson, Director of Business and Innovation at Fidelity Mobile, join us to share how Visual Studio Tools for Xamarin, Azure, and Visual Studio App Center helped their eight-member development team get intuitive, secure apps to market quickly, in part by sharing 89% of code across platforms. They’re combining popular consumer UX features (like chat and gamification), enterprise-grade security, and intelligent cloud services, including translation, and seamless data access, to drive citizen engagement, ensure every resident has the chance to be heard, and increase transparency and trust.

Tell us a little bit about your company; who are your customers? 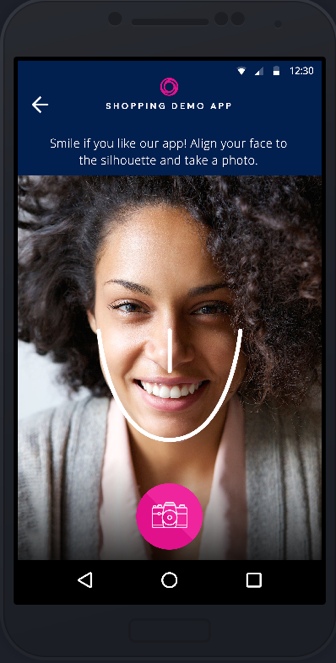 We were founded in 2006 and, at our core, we combine our expertise with how governments operate with our expertise in creating engaging mobile experiences that fit into modern life.

All of our projects have one thing in common: they focus on the individual, connecting members of society to government officials, public sector services, or private institutions. We want to use technology to foster equality and visibility for each and every citizen. This is especially critical in Brazil, where citizen engagement is key to gaining and keeping citizens’ faith in government stability and integrity.

We were early mobile pioneers, starting with the simplest mobile capabilities. We were the first Brazilian company to provide a public service via SMS, and we won the World Summit Award (m-government and participation category) in 2010 for our project that allowed citizens to send and receive text messages to view their license status, outstanding fines, and more (big problems in Brazil!).

Our empowerment mentality extends to our corporate culture; we have profit-sharing and a continuing training program that encourages #Fidelityanos (employees) to innovate.

I’m an economist by trade, I received my Ph.D. in Economic Sciences, but I’ve been working in the mobile innovation management space for more than 10 years, and I sponsor and lead our development teams. Kassia Masson is our Director of Business and Innovation, with a Ph.D. in Law, and co-author* of our scientific merit innovation projects, including our work with the State of Mato Grosso. We work together on all stages, from research and design to kickoff and planning to execution and product launch.

*In Portuguese, we call it co-authorship when two or more people collaborate on a project together.

Tell us about your app and what prompted you to build it. What were your goals?

Our goal is to launch a society-changing solution every 12 months, and the ALMT Interactive app is just that. We’re helping our government deliver transparency, speed, mobility, and convenience while maximizing existing resources and budgets.

Historically, the Legislative Assembly of the State of Mato Grosso was hard to contact; citizens could only use traditional means, like phone calls (complete with holds, prompts to enter extensions, and games of phone tag) and the website. That doesn’t fit into modern life, where people expect anytime, anywhere access and want to engage with their elected officials and other residents in their moment of need.

Now, with the ALMT Interactive app, citizens register, create a profile, and use our apps to interact and collaborate in a more comfortable manner. Users search a directory of contacts and opt to click-to-call officials, or use our real-time chat service (created to model popular consumer chat apps) to send video, text, or audio files. We’ve also made all information available on and offline, as various regions lack stable connectivity, and developed apps for Android, iOS, Windows Phone, and Windows 10.

Given this, the Legislative Assembly of Mato Grosso has set an aggressive goal: they want 63% of the population to use the app by 2018.

How did you develop an experience that unites citizens and the government? 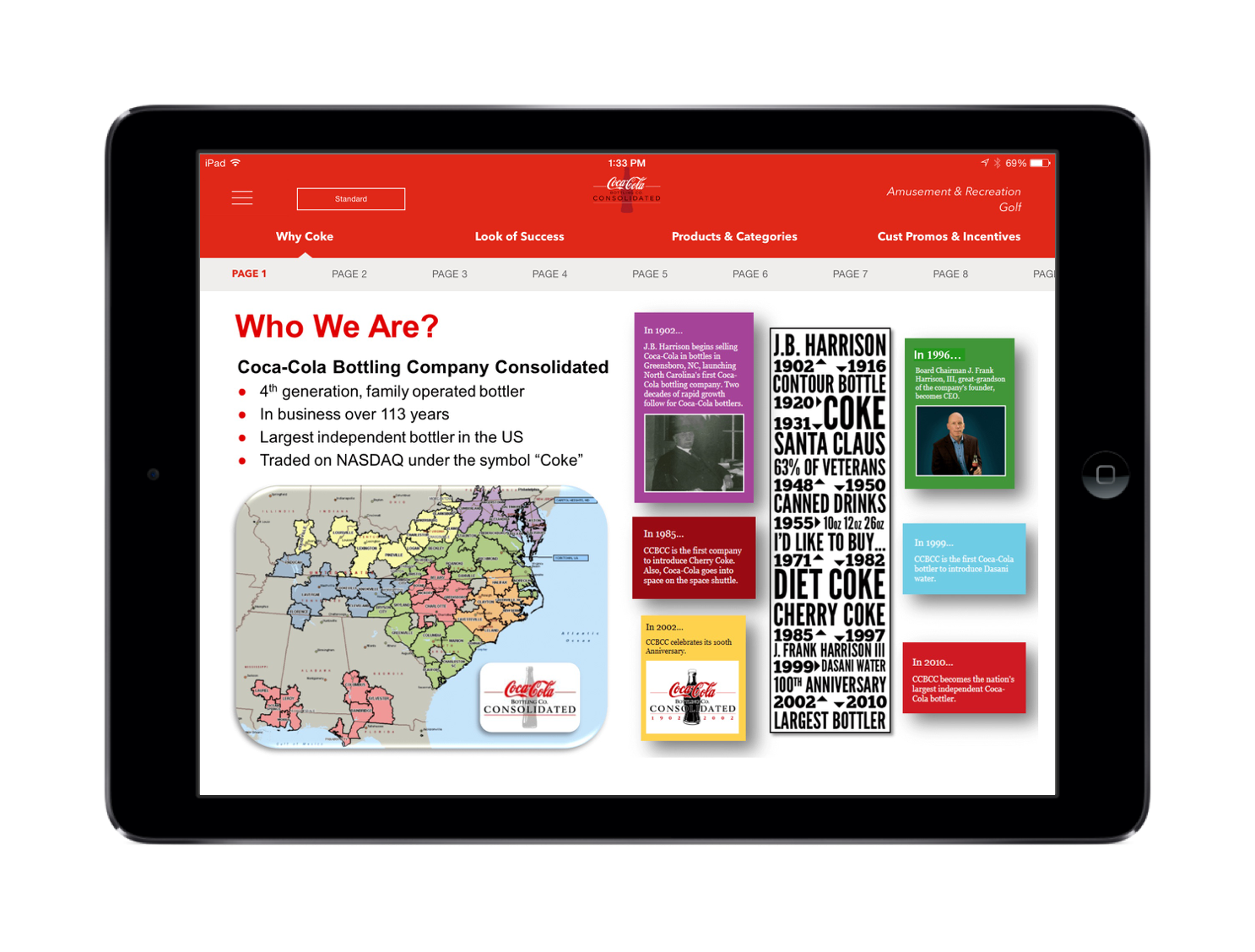 We approach each project very strategically, with the mantra, “it’s no use to be aesthetically beautiful if it’s not helpful.” For us, it’s extremely important to uphold consistent visual standards; from buttons, bars, and text boxes to images, everything should seem natural for the user.

We’ve partnered with the Mato Grosso Legislative Assembly to design an experience that connects the “people” and public power by offering something truly unique: allowing citizens to talk directly to their legislators and legislative bodies at no cost, as well as chat with other users.

Beyond usability and navigability, we wanted to be more than a mere information channel, creating a channel of two-way communication, collaboration, interaction, and social engagement.

You can also see the app in action and read more about the project in our recent news coverage.

What do you think of when you hear the phrase, native app?

For us, native apps have a fluidity and usability that’s hard to describe, but when you see it, you know it. Native quality is critical for us; we want to take advantage of all device operating system features, including camera, GPS, accelerometer, compass, contact lists, push notifications, and gesture-based interaction.

Can you describe your development process for us?

Since we all have domain expertise in .NET and C#, Visual Studio Tools for Xamarin lets us use familiar programming syntax and unique C # features (like LINQ and Lambda Expression), while tapping into native visual objects and hardware (like the ability to include photos, location, and more).

With the addition of Xamarin.Forms, we share 89% of our code across Android, iOS, and Windows (over 20,000 lines)!

As a team, we use agile methods, like Kanban, Task Reports, and Sprints; Visual Studio Team Services’ Boards, Manage, Charts, Code Version, Tests, and Wiki features help us complete projects on time, on budget, and within scope. App Center services give our team additional visibility on the latest commits and stats, allowing us to take quick action.

We shipped ALMT in just 12 months, which was huge for us, including making it available on three platforms and being fully approved by our government stakeholders. Without Xamarin, it would have taken twice as long, and also meant we’d have had to maintain, test, and update three different codebases, rather than sharing the majority of source code across all platforms.

What role does automated testing play in your development? Quality creates security and peace of mind for all project stakeholders, especially since we operate in the m-government space. It would be a catastrophe if our apps were buggy or crashed since security and user trust are central to our mission.

We’ve guaranteed a 95% SLA to the Legislative Assembly of Mato Grosso, which wouldn’t have been possible without Xamarin Test Cloud. We run dozens of automated tests on hundreds of different cell phone versions, testing clicks, data entry into sign-up forms and surveys, interaction with hardware, and gestures throughout the application.

To us, this means that we guarantee quality and access to as many citizens as possible while remaining dedicated to upholding our SLA standards.

What has your experience with Visual Studio App Center been like?

The most useful feature for us is the Test service reports; we capture errors that we didn’t catch during our debugging, the ones that happen in real-world environments. From there, we quickly view the stack traces to fix problems before we go into production.

We also use the Crash service for our beta and production builds, creating tasks for every error and prioritizing fixes accordingly. The quality and detail of the bug reports are amazing, and the ability to see all of our Android, iOS, and Windows apps in one place is incredible.

What does Microsoft Azure allow you to accomplish?

Offline functionality is critical to us. While the vast majority of apps require a constant connection to perform simple functions such as opening, browsing, and accessing menus, we always make our core functions available on and offline.

Azure also has several artificial intelligence APIs; we integrated with the Cognitive Services Translator Text API. With a few lines of code, we could translate our entire app using the Bing translation engine without any manual work or custom code.

What have your users said about your apps?

Users are especially excited about the citizen and deputy chat, as it’s something that’s never been possible before. Now, Brazilian citizens can send text messages and files directly to their elected officials via real-time messages, just like they use popular messaging apps to communicate with friends, family, and co-workers.

Have you accomplished your goals?

Yes, but we have many more goals. We want to get to that 63% penetration with the ALMT app and execute the 85 other app projects on our roadmap (in partnership with the Brazilian government, as well as other research and innovation organizations).

We’ve also recently launched our first private-sector applications – Mobile Chat and Web Chat, using the technologies from our m-government innovation projects and making them available to companies and developers everywhere. Our goal is to change the way companies and governments around the world communicate with their customers, citizens, and employees.

What advice do you have for developers just starting out or investigating mobile development?

Our main piece of advice is to use Xamarin! Put in the work to learn best practices by going through the Microsoft Virtual Academy and Xamarin University coursework, and you’ll be set to use all of Microsoft’s technology and services, from Visual Studio Tools for Xamarin and Azure to Visual Studio App Center.

Even Easier iOS App Provisioning in Visual Studio for Mac
iOS provisioning is a notoriously hard concept to grasp; even the best developers can be stumped by a signing identity. As a content developer at Xamarin, I’ve ...