It gives us great pleasure to announce that today at //build/ we launched the Windows Phone 8 development story. We have enhanced the existing Visual Studio 2012 developer tools to support development of Windows Phone 8 apps optimized for a variety of resolutions and hardware, introduced ability to simulate and monitor the impact of real life conditions on app quality and also enabled native C++ app development.

Windows Phone SDK 8.0 is now available for download here. The SDK is based on Visual Studio 2012 and will be supported on Windows 8 x64 machines. This SDK contains everything you need to get started developing Windows Phone 8 apps as well as develop and upgrade existing Windows Phone 7.1 apps.

The SDK includes the following components: 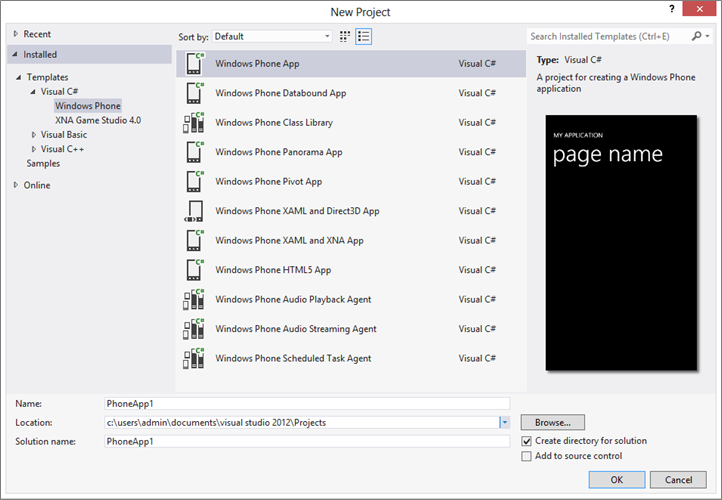 The SDK introduces new templates for native C++ application development with XAML Interop and Direct3D, and for developing Windows Phone Runtime components which make it easy to use native code from within XAML apps. Now you can develop DirectX games for Windows Phone 8 and take advantage of easy portability between Windows 8 and Windows Phone 8. The integrated development experience for native apps has rich functionality similar to Windows 8 and includes a code profiler as well. 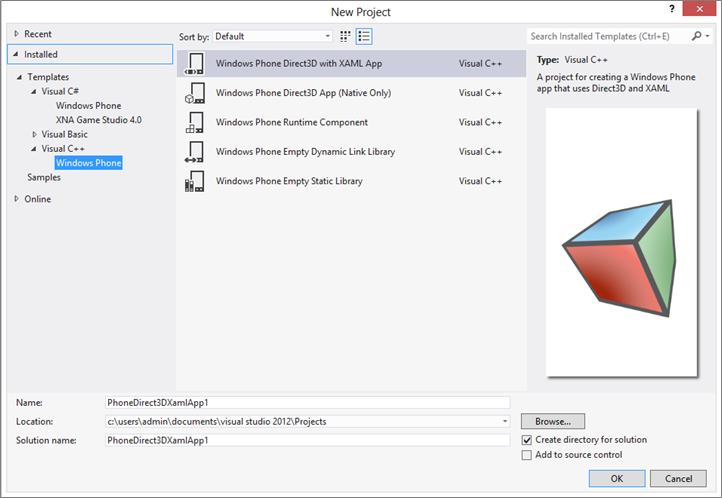 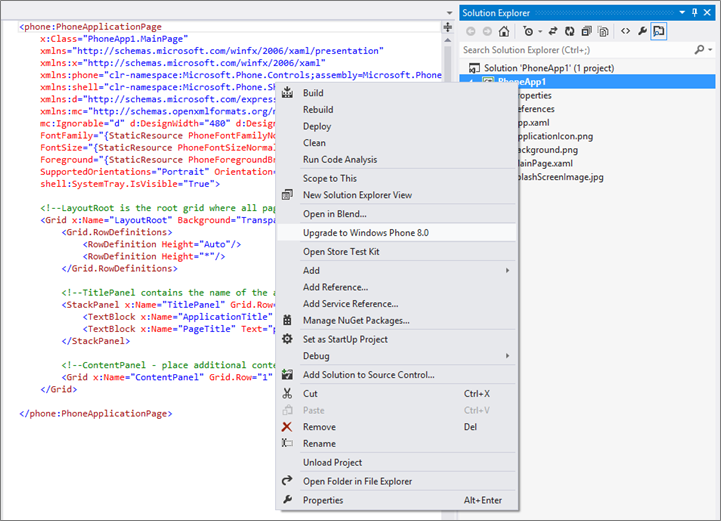 For XAML based apps, we are providing a host of new capabilities in Windows Phone 8 which can be targeted to build great apps! There are new templates to enable speech in your apps in addition to existing Panorama, Pivot and other templates, which are enhanced further. The templates are localization ready providing the basic infrastructure to help you localize to multiple locales and markets effortlessly. As with Visual Studio 2012, the Windows Phone SDK 8.0 also supports NuGet and Extension SDK for easier discovery of 3rd party SDKs from within the tools. Building XAML based apps with Direct3D Interop capability is now possible with a new Direct3D XAML Interop template which enables you to have native components within your XAML based applications. The Windows Phone designer as part of the Windows Phone SDK 8.0 has been enhanced to include new capabilities. Now, the ability to switch the designer to various resolutions and orientations as well as select the theme and accent colors has been introduced, all while developing your app. 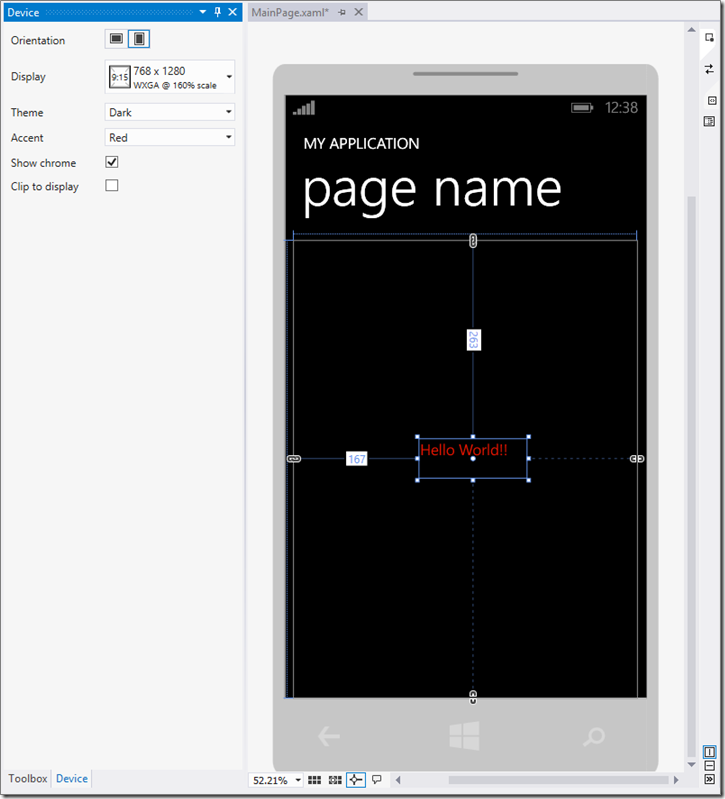 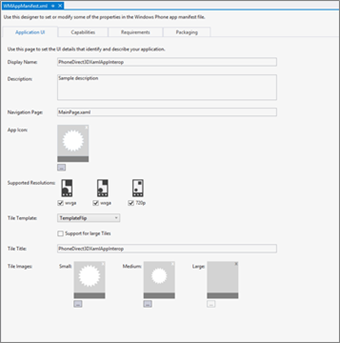 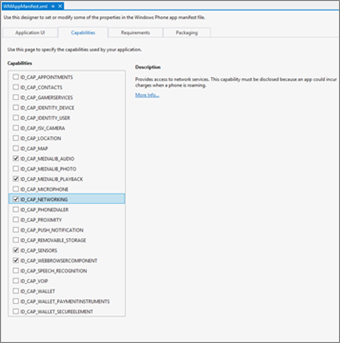 The performance analysis and diagnostics tools in the SDK have been enhanced to include a new Simulation Dashboard tool which allows you to validate your Windows Phone apps in various real life conditions. The ability to simulate different network conditions, trigger reminders or check how your app will perform under a locked screen have been introduced.

The Windows Phone 8 XAML profiler now includes battery, network and responsiveness profiling which will help you in greatly enhancing your apps’ real life quality before publishing them to the Store. 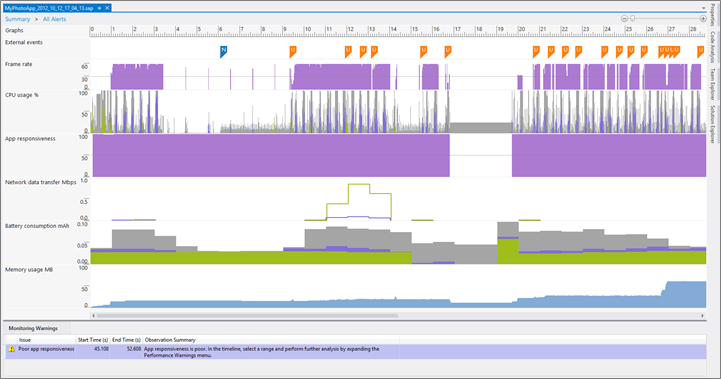 For native apps, the SDK incorporates the code profiler which can be used for profiling function calls and identifying hot paths.

We are also introducing Application Monitoring for performance analysis of XAML based applications which will give a concise summary of performance metrics of your Windows Phone 8 apps without the overhead of a full profiling session. 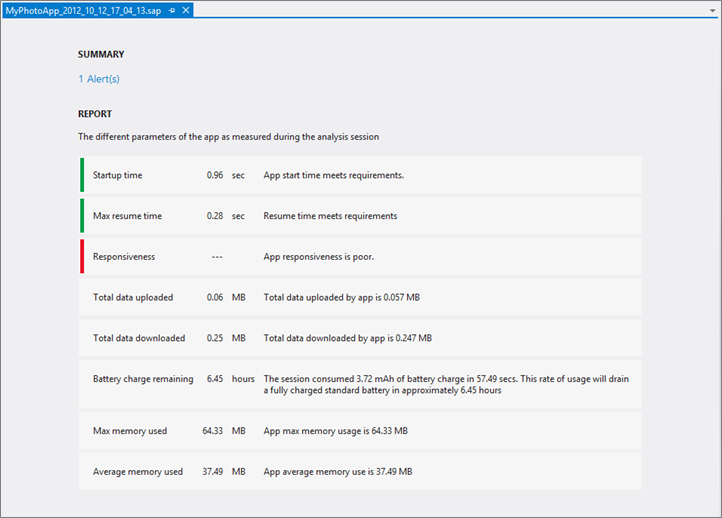 Tooling support for ‘Compiler in the Cloud’

Windows Phone 8 managed application binaries are processed in the Store to improve your apps’ performance and to save battery life. As developers, you will be able to validate your apps’ real life installation and performance behavior. When deploying to the Windows Phone 8 device, tooling will automatically generate these processed binaries and use them for deployment and launching of the apps. Read more on the .NET Framework blog.