We released a preview of this VB support in September with the Visual Basic CTP for Windows Phone Developer Tools, and received some great feedback. Unlike the CTP, the RTW release provides “Go Live” support, which allows Visual Basic developers to submit their applications to the Windows Phone Marketplace! This new capability makes it a *very* exciting release, and we are looking forward to seeing what VB applications you start selling. Another improvement upon the CTP is that the RTW release is now available in all languages that Windows Phone Developer Tools support: English, French, German, Spanish and Italian. Please find the relevant download links for each of these versions below:

NOTE: Please make sure that you have the pre-requisites installed, before downloading this release! Pre-requisites include Visual Studio 2010 (Professional, Premium and Ultimate), as well as the Windows Phone Developer Tools. You can find a list of known issues here.

Here’s a screenshot of a VB Windows Phone 7 app, using the new release: 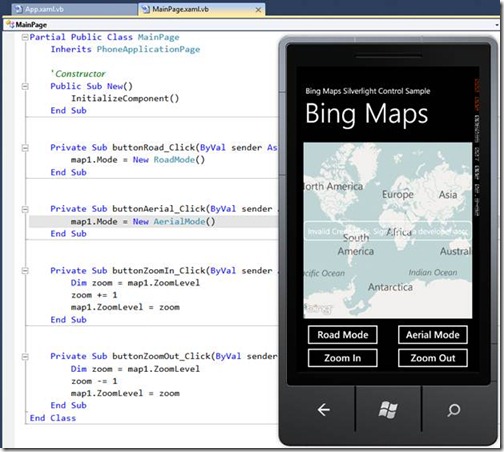 Are you ready to start building your own VB Windows Phone 7 applications? Be sure to check out the Visual Basic Code Samples for Windows Phone on MSDN for some examples.

Have a question? Please post to the following forums:

We look forward to seeing your VB apps on the Windows Phone Marketplace!