This release is focused mostly on product quality. We closed a total of 66 issues, 43 of them being bug fixes.  But we’re also pleased to include a brand-new Python debugger: debugpy!

We’re excited to announce that in this release we’re including a new debugger, debugpy. The debugger team has put a lot of effort into making it a faster and even more reliable Python debugger. Along with the debugger, a new feature also comes: an easier configuration experience to attach the debugger to local processes.

Sometimes you may want to attach the debugger to a Python process that is running on your machine, but that can be tricky if, for example, you don’t have control over the application that launched that process.

We made it easy to be done with our new configuration experience for attaching the debugger to local processes.

If you don’t have a launch.json file on your workspace folder, you can simply start a debug session (by pressing F5 or through Run > Start Debugging) and you’ll be presented with a list of debug configuration options. When you select “Attach using Process ID”, it will display a list of processes running locally on your machine:

Alternatively, if you already have a launch.json file on your workspace folder, you can add a configuration to it by clicking on the “Add configuration…” option under the drop-down menu in the Run viewlet: 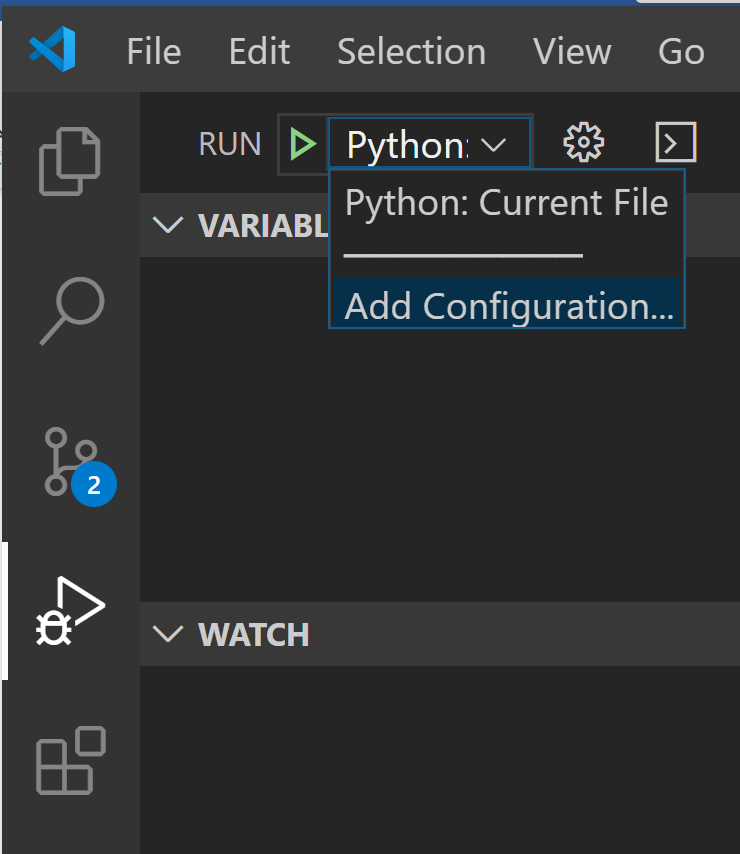 Then when you select “Python”, you’ll be presented with the same configuration options as above:

Selecting the “Attach using Process ID” option from the debug configuration menu adds the below configuration to the existing launch.json file:

You can also filter the processes by ID, file name or interpreter name:

For more information about debugpy such as how to transition from ptvsd, API changes, CLI references, allowed debug configurations and more, you can check debugpy’s wiki page.

Python in Visual Studio Code – April 2020 Release
We are happy to announce that the April 2020 release of the Python Extension for Visual Studio Code is now available. This was a short release where we addressed 43 issues, including ipywidgets support  in Jypyter Notebooks and debugger support for Django and Flask auto-reload. Keep on reading to learn more!

Jeffrey Mew
April 21, 2020
1 comment
Python in Visual Studio Code – May 2020 Release
We are happy to announce that the May 2020 release of the Python Extension for Visual Studio Code is now available. In this release we addressed 42 issues, and it includes the ability to browse for or enter an interpreter path on selection. Keep on reading to learn more!