In this release we addressed a total of 38 issues, and it includes:

We’re excited to announce that you can now start multiple Python interactive windows with the Python extension! This was one of the most requested features on the Python in VS Code GitHub repo.

By default, every time you run the “Python: Create Python Interactive Window” command in the command palette (View > Command Palette…), it will create a new interactive window in VS Code: 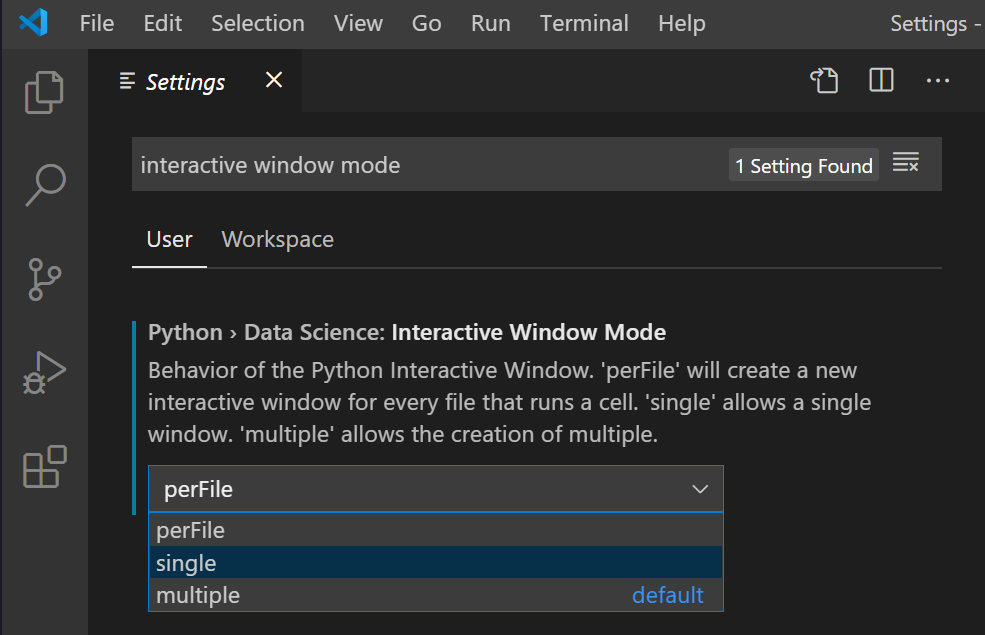 Now when you run cells from different files, they will each run on their own separate window:

This release includes support to officially add Pylance as a supported value in our python.languageServer setting. You can now set Pylance via the settings editor UI in Visual Studio Code. If you haven’t already installed Pylance, you can download it from the marketplace or simply set this value and we will prompt you to install it! If you missed the announcement about our new Pylance language server, you can read more about it here.

Pylance has also improved how it displays signature help when you are invoking a function with multiple overrides. You can now navigate between signatures easily while Pylance bolds the appropriate active parameter.

We have also added enhancements and fixed issues requested by users that should improve your experience working with Python in Visual Studio Code. Some notable changes include:

IoT exploration with VS Code, Python, and the Device Simulator Express
The explosion of devices in the IoT space is more than a little overwhelming. Where do you start? Why choose hardware when you can experiment entirely in software? That’s the power of the Device Simulator Express (DSE).  Keep on reading to learn how you can start experimenting with programming Python on IoT devices without buying anything!

Luciana Abud
August 27, 2020
2 comments
Pylance introduces five new features that enable type magic for Python developers
In last week’s Pylance update we introduced Semantic colorization, and thank you for all feedback! It was exciting for the team to bring this new feature to you. With ...