In this release we made a series of improvements that are listed in our changelog, closing a total of 84 issues including:

The Python Interactive experience now comes with a built-in variable explorer along with a data viewer, a highly requested feature from our users. Now you can easily view, inspect and filter the variables in your application, including lists, NumPy arrays, pandas data frames, and more!

A variables section will now be shown when running code and cells in the Python Interactive window. Once you expand it, you’ll see the list of the variables in the current Jupyter session. More variables will show up automatically as they get used in the code. Clicking on each column header will sort the variables in the table. 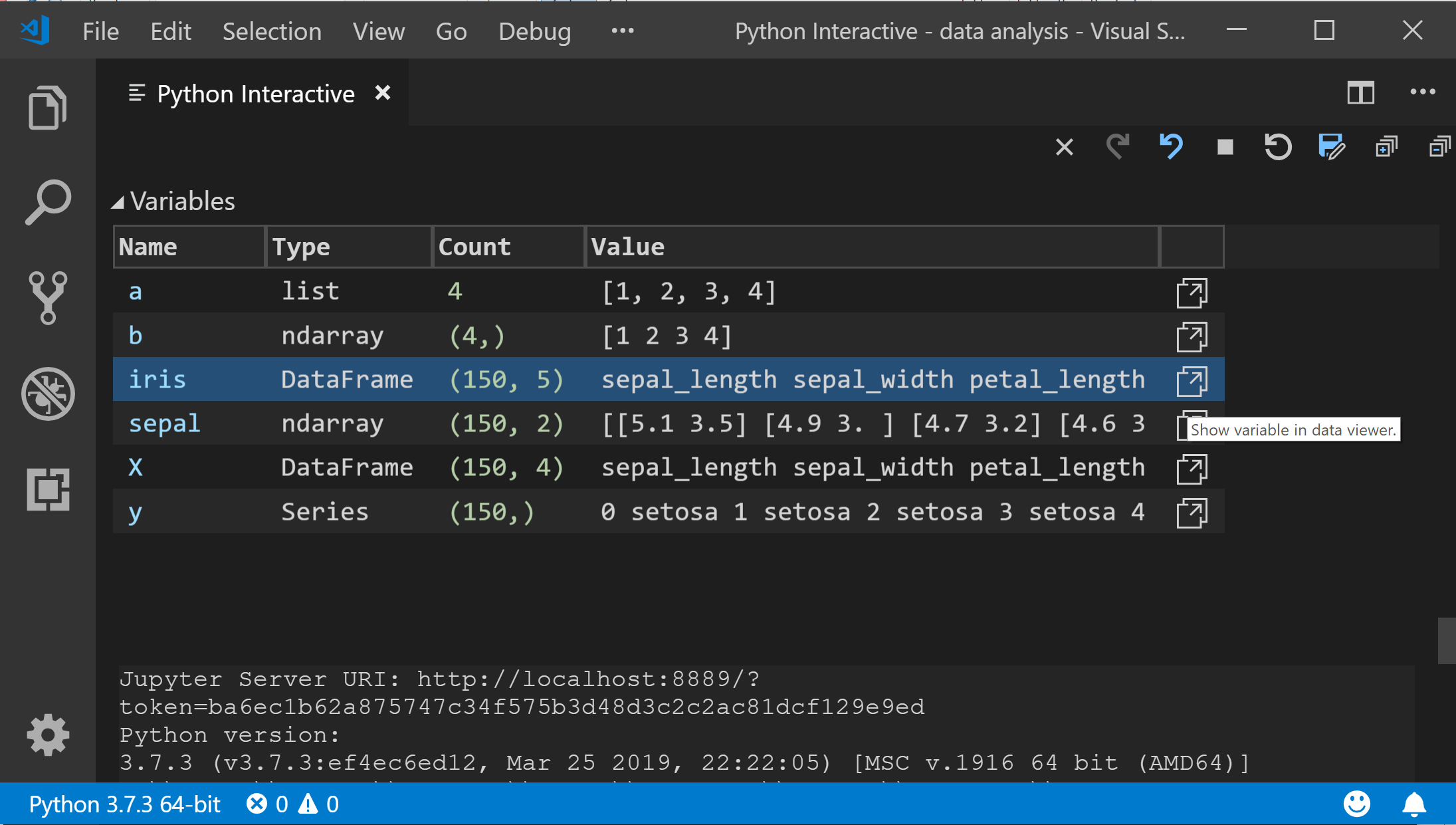 You can also double-click on each row or use the “Show variable in data viewer” button to view full data of each variable in the newly-added Data Viewer, as well as perform simple search over its values:

The Data Viewer requires pandas package 0.20 or later, and you will get a message to install or upgrade if it’s not available.

The Variable Explore is enabled by default. You can turn it off through File > Preferences > Settings and looking for the Python > Data Science: Show Jupyter Variable Explorer setting.

This prompt will also be displayed when adding another debug configuration through the launch.json file:

This release includes several fixes and improvements to the Python Language Server. We added back features that were removed in the 0.2 release: “Rename Symbol”, “Go to Definition” and “Find All References”, and made improvements to loading time and memory usage when importing scientific libraries such as pandas, Plotly, PyQt5 , especially when running in full Anaconda environments.

To opt-in to the Language Server, change the python.jediEnabled setting to false in File > Preferences > User Settings.  We are working towards making the language server the default in the next few releases, so if you run into problems, please file an issue on the Python Language Server GitHub page.

Come meet Microsoft at PyCon 2019!
Next week we (the Python team here at Microsoft) will be at the PyCon conference in Cleveland, OH on May 1-9, and are looking forward to meeting you! Come join our workshops, then stop by our booth to get some great swag and check out the latest in Visual Studio Code, Azure, Azure Pipelines, and Python on Windows.