What Is Cloud Native, Exactly? 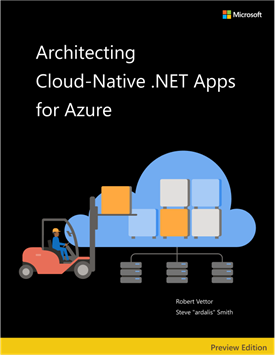 I had the pleasure recently of interviewing Robert Vettor, a Premier Developer consultant who specializes in microservices and cloud native architecture. Robert’s in the process of writing a great book on “Architecting Cloud-Native .NET Apps for Azure” which is available now in a preview version. I found our conversation enlightening – Robert’s always so locked into the realities of both legacy code and the real-world strengths and liabilities that come with developing and supporting enterprise software. I’m sure you will too!

A condensed version of our interview is below. I encourage you to check out the podcast – and then dive deeper into Robert’s book for more! There’s also extensive coverage of many of these principles in my book “Achieving DevOps”, which Robert was instrumental in helping me launch. Thanks again my friend!

The book begins with a description of the “Fear Cycle” that may be all too familiar – the life of someone in charge of a brittle, hard to maintain application. It all started out so easy – but as its functionality has expanded, so has the complexity, to the point where no one understands it well. Each change comes with unintended and costly side effects – new features are increasingly expensive to implement, and often breaks important pieces elsewhere. Deployments happen slower and slower, often quarterly, with frequent “red” builds and all-weekend build parties in corporate war rooms. The framework – which is impossible to modernize with newer libraries – ages and becomes increasingly unstable. This system cannot go down – the business depends on it – but change is becoming near impossible, and highly risky. Things simply cannot go on this way.

Enter the world of the cloud native application. At Microsoft, we’ve followed the definition set by the Cloud-Native Computing Foundation (CNCF):

For example, look at this diagram below of a sample web-native architecture:

This is a big difference from a traditional n-tier application (or monolith). This cloud-native application is decomposed across a set of small isolated microservices. Each service is self-contained and encapsulates its own code, data, and dependencies. Each is deployed in a software container and managed by a container orchestrator. Instead of a large relational database, each service owns its own datastore, the type of which vary based upon the data needs.

Note how some services depend on a relational database, but other on NoSQL databases. One service stores its state in a distributed cache. Note how all traffic routes through an API Gateway service that is responsible for routing traffic to the core back-end services and enforcing many cross-cutting concerns. Most importantly, the application takes full advantage of the scalability and resiliency features found in modern cloud platforms.

In the book, we explore all of the key concepts described by CNCF in the definition of cloud native: Containers, API Gateways, Immutable Infrastructure, Microservices, and Declarative APIs. Along the way we answer questions like the following:

Another great resource for you Premier customers out there is a brand new chalk talk called “Thinking in Cloud Native”. In two hours we condense the essence of the book – exploring how companies are constructing their digital foundation with cloud native architecture, fusing microservices, containers, automation and cloud infrastructure. Get in touch with your Premier Developer Application Development Manager (ADM) to get this on your team’s radar!

To stay competitive, move fast and use the cloud as a competitive advantage, you too need to be “thinking in Cloud Native.” With some outside-the-box thinking, your applications can become more robust, easier to maintain, and built for the modern cloud.