In this post, Senior Application Development Manager, Neal Champion shares an overview of the UK Dev Briefing Day.  This annual event typically runs in the spring of each year, covering up-to-date presentations on the latest tools and development capabilities for the Microsoft platform.  It is held at the Microsoft UK Campus in Reading, Berkshire.  If you want to be a part of the next event, please contact your ADM or reach out to learn more about Premier Support for Developers.

Building a Mobile App with a Cloud Backend

At Microsoft UK, the Cloud and Developer team of Application Development Managers (ADMs) run an annual event for the customers they support. This event is known as Dev Briefing, and provides a deep dive into a group of related Microsoft development technologies, to an audience of around 200 developers and architects.

For 2016, we focused on how the Microsoft technology stack supports the development and distribution of mobile applications. As we planned this, we decided to take on a new challenge – we would actually build some mobile apps, using the tools we were demonstrating, and distribute them in advance to the audience to use at the event.

We had a full timetable, and covered the following topics

At the end of an intense day, we finished with a little light relief with an Internet of Things demo. This demo used a Raspberry Pi and a video camera, and ran the Face and Emotion APIs to capture data of the emotions of the audience. The demo was technically sound, but also a lot of fun.

As you can see, we packed a lot in. Each of these sessions were 30 ~ 40 minutes, almost all including hands-on demos of working code. It would take a whole individual blog post to describe each session properly, so this post can only provide a high level overview.

We built two versions of the app to support the event:

In each session we published a number of pulse questions to the app that the audience was using. The responses were collated and analysed by Power BI in real-time, and presented back to the room on a large monitor. Here’s the first question (“How far did you travel to come here today?”) to introduce the concept to the delegates. 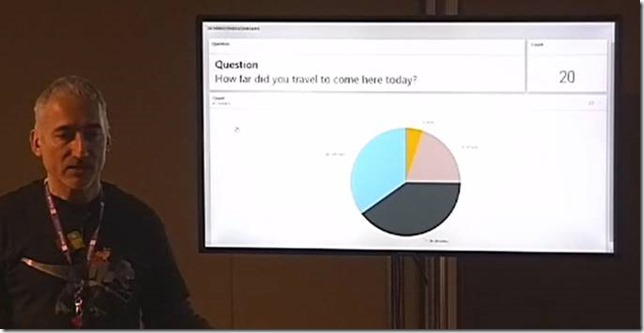 In previous years, delegates had completed paper feedback forms, which then had to be collated and analysed. This year we instantly had access to real data, which Power BI could analyse for us.. 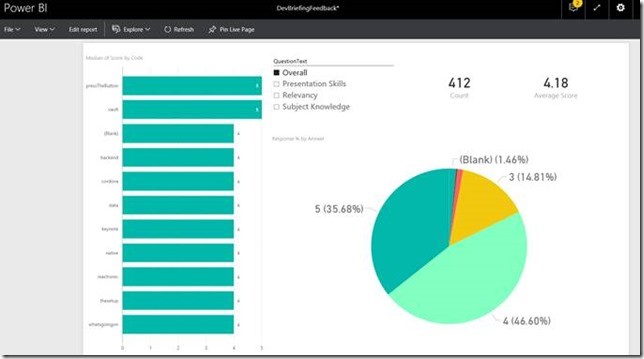 As well as the analysis of feedback scores, Power BI also produced analysis of the individual verbatim comments submitted: 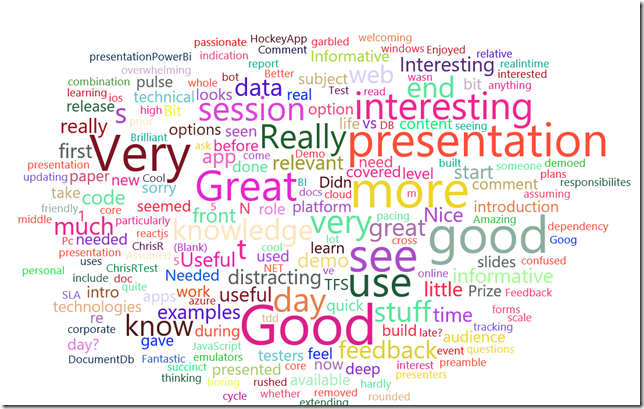 The Microsoft UK Cloud and Developer team has run this event for several years now, and it always receives positive feedback from delegates. This year we actually put the code we were demonstrating in their hands, and so raised the bar. The day is an excellent demonstration of both the power and scope of the Microsoft development platform and toolset, and the knowledge of these held by the Premier Support for Developers team.

Single SignOn is easy, Single SignOut is not
In a recent post from his blog, Premier Developer Consultant Marius Rochon talks about problems with single SignOut. Single Sign In relies on the token issuer holding ...

Monu Bambroo August 5, 2016
0 comment
US Workshops, Webcasts, and Tech Talks – August 2016 Update
Premier Support for Developers provides access to a wide range of advisory and training options that include most popular developer technologies.  Options range from ...