Starting this week, UWP links, which have been in the general .NET section until now, are getting their own section thanks to Michael Crump who graciously accepted to provide weekly contents along with Phillip Carter for F#, Stacey Haffner for gaming, and Dan Rigby for Xamarin.

The Orchard CMS community will hold its yearly conference in New York City from February 21 to the 22. This week is the last one to benefit from early registration fees. I’ll be there myself, to give a talk about .NET Core and C# 7.

Last week, Reed Copsey, Jr., executive director of the F# Software Foundation was on the show to speak about the Foundation’s mentoring and speaker programs:

This week, we’ll speak with David Pine about building a magic mirror. The show is on Thursdays and begins at 10AM Pacific Time on Channel 9. We’ll take questions on Gitter, on the dotnet/home channel and on Twitter. Please use the #onnet tag. It’s OK to start sending us questions in advance if you can’t do it live during the show.

Package of the week: Ammy

XAML is a way to describe instances of components. It uses an XML dialect, which is not to the taste of everyone, and may not be the best for manual authoring. The same ideas that XAML implements can however perfectly well be implemented with other persistence formats.

Ammy is one such format, that is inspired from JSON and Qt’s QML. It’s lightweight, expressive, and extensible.

Tool of the week: Concurrency Visualizer

Concurrency Visualizer is an invaluable extension to Visual Studio that helps you visualize multithreaded application performance. It can monitor processor and core utilization, threads, spot anti-patterns, and recommend best practices.

Sergey Teplyakov has a great post this week on understanding different GC modes with Concurrency Visualizer.

Game of the week: Eco

Eco is a global survival game with a focus on ecology and collaboration. In Eco, players must team up to build a civilization and evolve it quick enough to destroy an incoming meteor before it takes out the planet, but not so quickly that it destroys the ecosystem and everyone along with it. Eco takes the typical survival genre and puts a unique spin on it by providing a fully simulated ecosystem, where every single action taken affects the countless species, even the humans. (If not properly balanced, it is possible to destroy the food source and cause a server-wide perma-death.) Players also establish and run the government by enacting laws, a criminal justice system to enforce the laws and the economy by selling goods and services. 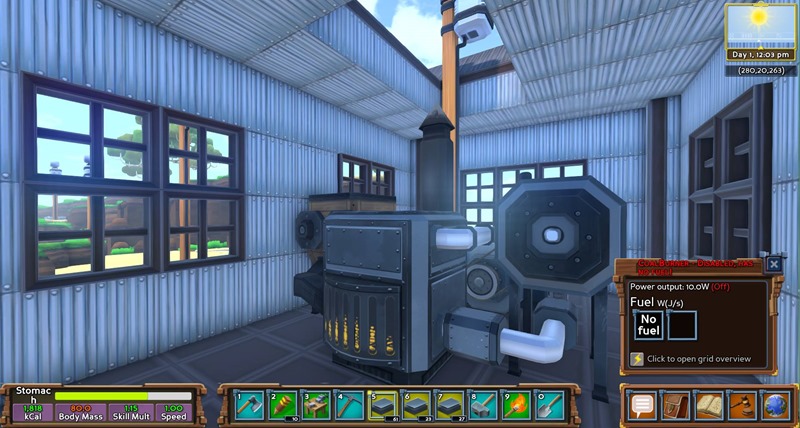 Eco was created by Strange Loop Games using C# and Unity for the client and ASP.NET and the .NET Framework for their website and server backend. It is currently in alpha for Windows, Mac, and Linux. Eco is also being piloted in several schools as a means to teach students about ecology, collaboration and cause and effect.

The λ# user group will hold a meeting on Wednesday, January 18, at 6:00 PM in San Diego, CA where you’ll learn how to build a serverless .NET Core app for the AWS IoT Button.

As always, this weekly post couldn’t exist without community contributions, and I’d like to thank all those who sent links and tips. The F# section is provided by Phillip Carter, the gaming section by Stacey Haffner, the Xamarin section by Dan Rigby, and the UWP section by Michael Crump.

Bertrand Le Roy January 18, 2017
0 comment
.NET Core Image Processing
Image processing, and in particular image resizing, is a common requirement for web applications. As such, I wanted to paint a panorama of the options that exist for .NET