The week in .NET – On .NET on SonarLint and SonarQube, Happy birthday .NET with Dan Fernandez, nopCommerce, Steve Gordon

Last week, I spoke with Tamás Vajk and Olivier Gaudin about SonarLint and SonarQube:

This week, we’ll have Sébastien Ros on the show to talk about modular ASP.NET applications, as they are implemented in Orchard Core. We’ll take questions on Gitter, on the dotnet/home channel and on Twitter. Please use the #onnet tag. It’s OK to start sending us questions in advance if you can’t do it live during the show.

We caught up with Dan Fernandez at the .NET birthday party last month to talk about the good old days and the crazy idea he had of giving away Visual Studio for free. Dan was also part of the original Channel9 crew and one of the best .NET evangelists out there. Happy birthday .NET!

Project of the week: nopCommerce

nopCommerce is a popular open-source e-commerce system built on ASP.NET MVC, Autofac, and Entity Framework. It’s been downloaded 1.8 million times, has more than a hundred partners, and is used by popular brands such as Volvo, BMW, Puma, Reebok, Lacoste, and many more. 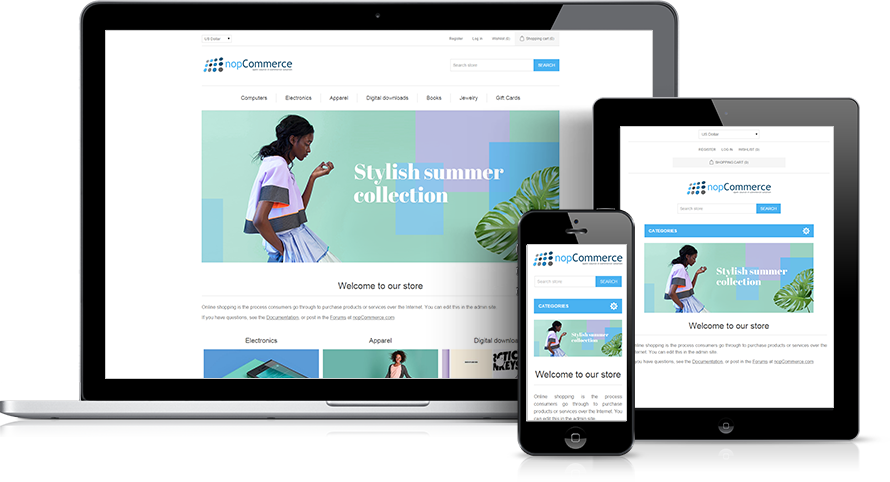 Steve Gordon‘s blog post are deep dives into ASP.NET. There’s no better place to learn about what’s going on when a request is processed by ASP.NET Core than his ASP.NET Core anatomy series. This week, we’re featuring two of Steve’s posts.

Meetups of the week: community lightning talks in Seattle

Lightning talks are a great way to keep things focused and fun. The Mobile .NET Developers group in Seattle hosts five of those on Wednesday night at 6:30PM.

Rich Lander [MSFT]
April 5, 2017
0 comment
JWT Validation and Authorization in ASP.NET Core
This post was written and submitted by Michael Rousos In several previous posts, I discussed a customer scenario I ran into recently that required issuing bearer tokens ...