The week in .NET – On .NET on Cecil – NAudio – SpeechCentral – Hand of Fate

To read last week’s post, see The week in .NET: On .NET on Orchard 2 – Mocking on Core – StoryTeller – Armello.

Last week, JB Evain was on the show:

This week, we’ll speak with Immo Landwerth from the .NET team about NetStandard 2.0. The show begins at 10AM Pacific Time on Channel 9. We’ll take questions on Gitter, on the dotnet/home channel. Please use the #onnet tag. It’s OK to start sending us questions in advance if you can’t do it live during the show.

Package of the week: NAudio

Speech Central is an iPhone app that lets you enjoy the Internet with the screen off, using vocal commands and speech. You can keep up with the news while you perform another activity, saving significantly on your battery and data plan. 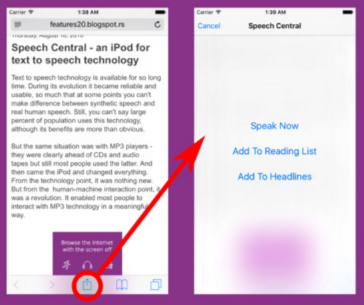 .netda is hosting a meeting tonight at 7:00PM on Real World Examples of Azure Functions.

Game of the week: Hand of Fate

Hand of Fate is a cross between action, RPG and deck building game play. Challenge the Dealer, a mysterious game master, while you battle your way beyond the thirteen gates at the end of the world. In Hand of Fate, you must make strategic decisions when building your deck and see the consequences of those decisions play out in the traditional RPG/action combat style. Hand of Fate features unique deck building mechanics, hundreds of encounters, items, armor, weapons and mysteries. Hand of Fate was created by Defiant Development using Unity and C#. It is available on Xbox One, PlayStation 4 and Windows, Mac and Linux on Steam.