We had to reschedule last week’s show, but we’ll be back this week with a new episode with PlayFab to talk about how the cloud can help make awesome games.

Project of the week: Math.NET Numerics

Here’s how you can define matrices and vectors, manipulate them, and perform operations between them:

Notice how the vector’s coordinates are defined with an expression rather than plain numerical values.

You can also solve equation systems, do statistics, probability, and even fit curves. It really is a mathematical treasure trove.

It’s especially nice that the packages come with examples in C#, F#, and VB.

User group meeting of the week: Building a Robot Army & Encryption with .NET and SQL 2016

The Adelaide .NET User Group has a double feature on Wednesday, April 13 at 5:30 PM where you’ll learn both how to build a robot army, and about data encryption using .NET and SQL Server.

Xamarin App of the week: Storyo

Storyo creates beautiful, shareable video-stories automatically from the metadata in your photos (such as time and location) as well as other contextual information. With Xamarin, the team reduced engineering complexity by using a single, shared solution for video rendering on both iOS and Android, bringing their app to users in 170 countries faster.

Control of the week: SideDrawer for UWP and Xamarin

Telerik’s SideDrawer control is a nice implementation for a slide-out navigation UI for modern mobile applications. It works with Xamarin and UWP, which enables it to target Android, iOS, and Windows. 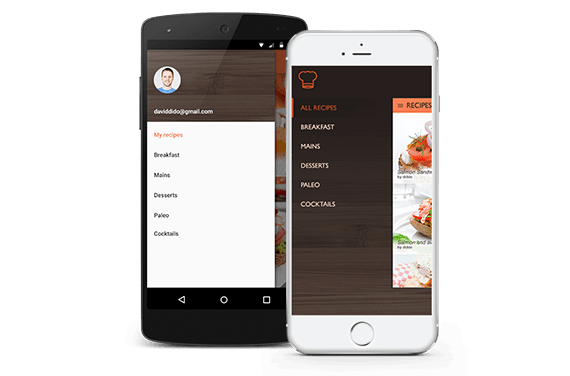 Get the latest ASP.NET news directly from the team with the ASP.NET Community Standup. There are also transcripts on the .NET Web Development and Tools Blog.

Jeffrey Fritz
April 14, 2016
0 comment
What’s new for the .NET Native Compiler and Runtime in Visual Studio 2015 Update 2
Last week we released an update to the Visual Studio 2015 Tools for Universal Windows Apps (UWA). The release includes improvements across the libraries, runtime, and ...