It was at the first BUILD conference last year that we announced the .NET Framework 4.5. BUILD last week was a big opportunity for us to reflect on the incredible things you can do with .NET 4.5 and Windows 8. It was also a place where we could launch the great new things now available in Windows Phone 8. Christine Ruana is the project manager that organized the release of the .NET Framework 4.5. She pulled together the following highlights of BUILD and our team’s meet up with .NET users. –Brandon What an exciting week we had last week! Thousands of talented and eager developers from around the world descended on the Microsoft campus for the four-day Build 2012 event, which was held Oct 30th – Nov 2nd. The conference attendees were ready to learn about, develop for, and use the new Windows 8 wave of products Microsoft launched this year! Windows 8 had officially launched on Thursday Oct 25th, a few days before the event, and everyone was already buzzing with excitement. The big surprise, though, was the launch of the Windows 8 Phone on Oct 29th, the day before the event. That really amped things up.

Build 2012 had many highlights for attendees as well as for the Microsoft engineers on campus. First and foremost were the four days’ worth of jam-packed technical sessions, which allowed us to share information about the capabilities of the Windows 8 platform in the interconnected world of devices, desktops, and the cloud. All the sessions were recorded, and the information is now available on Channel 9 for your viewing pleasure. Below, I’ve linked to presentations that I think will be particularly useful for .NET Framework developers.

Web and the cloud

In addition to the sessions, there were multiple opportunities for the Build 2012 attendees to meet face to face with .NET Framework engineers (and vice versa!) to share information, answer questions, and discuss various things relating to the .NET Framework. Our .NET Framework engineers staffed the Visual Studio booth around the clock. This presence led to many impromptu discussions and conversations as attendees were transitioning between sessions. On the evening of Tuesday, Oct 30th, the local .NET Developer Association partnered with the .NET Framework team to host a meetup on the Microsoft campus, primarily for out-of-town Build 2012 attendees. By all accounts, the party was a success! About 25 .NET Framework engineers attended the event, including those from the .NET Framework runtime, ASP.NET, SQL Data, and Visual Studio, and were easily identifiable by their colorful hats. About 120 local .NET enthusiasts and Build 2012 attendees joined us that night to continue the conversation. Since this was the first night of the conference, several people were eagerly unwrapping and showing off their brand-new Surface RTs and Nokia Lumia 920 phones, making everyone else jealous. And the highlight of the evening was Scott Hanselman’s entertaining demo of a remote-worker-remote-camera solution where he showed how perfectly the .NET Framework with C# provided everything he needed to hook up the disparate components. 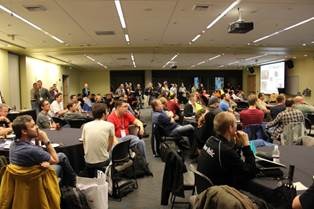 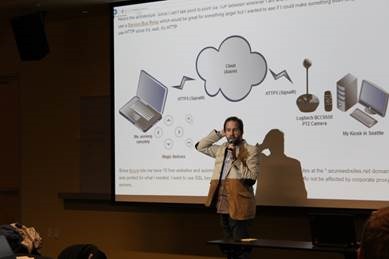 The Build 2012 conference is over, but the building of the Windows 8 wave of new apps and products has only just begun. We on the .NET Framework team are looking forward to taking the journey with you. We appreciate your feedback as we continually strive to strengthen and improve your developer experience with the .NET Framework. Please continue to reach out to us through User Voice, blog comments, Twitter: @DotNet, or the .NET Forums. We love hearing from you!

Mark Berryman
November 8, 2012
0 comment
Interacting with Databases for Web Developers in VS 2012
VS2012 is out and with it brings a host of developer improvements when dealing with data. This post aims at highlighting a few key improvements which will affect you the ...