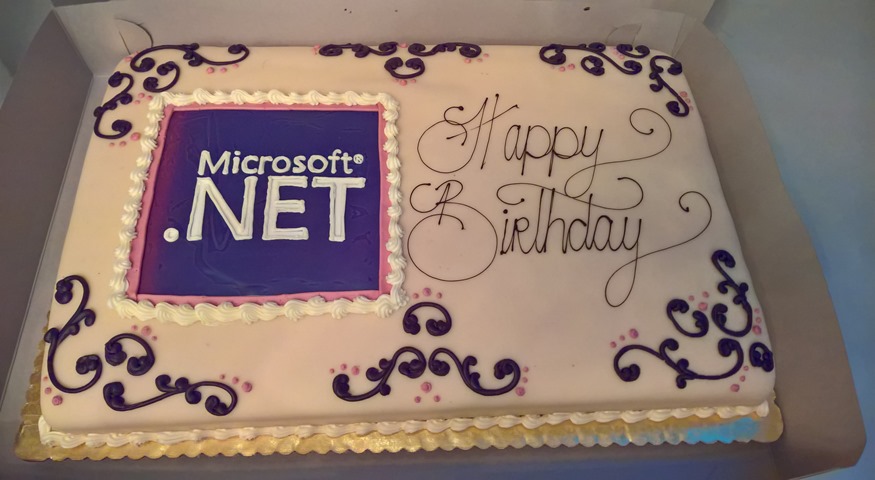 Today marks the 15th anniversary since .NET debuted to the world. On February 13th, 2002, the first version of .NET was released as part of Visual Studio.NET. It seems just like yesterday when Microsoft was building its “Next Generation Windows Services” and unleashed a new level of productivity with Visual Studio.NET.

Since the beginning, the .NET platform has allowed developers to quickly build and deploy robust applications, starting with Windows desktop and web server applications in 2002. You got an entire managed framework for building distributed Windows applications, ASP.NET was introduced as the next generation Active Server Pages for web-based development, and a new language, C# (pronounced “see sharp” :-)) came to be.

Over the years, .NET and it’s ecosystem has grown and expanded to meet the needs of all kinds of developers and platforms. As the technology landscape has changed, so has .NET. You can build anything with .NET including cross-platform web apps, cloud services, mobile device apps, games and so much more. We have a vibrant open-source community where you can participate in the direction of .NET.

With the release of Visual Studio 2017 coming on March 7th and Visual Studio’s 20th anniversary, .NET Core tools reach 1.0. Tune in March 7th and watch the keynote and live Q&A panels. A few nights ago we got together with the Microsoft Alumni Network and threw a big .NET birthday bash with former .NET team members & rock stars. We caught up with Anders Hejlsberg, father of the C# language, to share some stories and thoughts on .NET, open source, and the release:

Thank you to all the past and present .NET team members, rock stars and the community of passionate developers for building incredible software that has changed our industry. Share your story about .NET and Visual Studio with hash tags #MyVSstory #dotnet. Show your .NET pride with a t-shirt, sticker, or mug. Or bake a cake, eat it with your development team, and share it with us on twitter @dotnet!

Here’s to another 15 years!