We recently introduced the .NET MAUI Community Toolkit and are now ready to accept community contributions!

We’ve revamped the workflow for adding New Features and are sharing it today to help facilitate your future contributions.

To keep track of the new workflow, we have created a GitHub Project Board where you can follow along:

The New Feature Workflow was heavily inspired by the C# Team’s current workflow, leaveraing their implementation of Discussions and Proposals.

All new features will start out as a Discussion.

This is where, as a community, we can chat about the pros + cons of a new feature, determine its scope, the shape of its API Surface, and come to a common agreement on its implementation.

Once the implementation of a new feature has been agreed upon in its Discussion, it is time to Submit a New Feature Proposal.

On the 1st Thursday of each month @ 1200 PT, we live-stream our standups on the .NET Foundation YouTube Channel where, amongst other things, we will vote on New Feature Proposals. If a Proposal receives greater than 50% approval from the core team, it is officially Approved!

Once a proposal has been approved, it finally time to start writing code!

At this stage, we will assign the proposal to any community member who would like to contribute towards it.

Leave a comment on any proposal tagged help wanted and we will happily assign it you you!

We ask that each Pull Request include the following items before we merge it:

At this step, the code has been completed, including its Unit Tests, its XML Documentation and its inclusion in the .NET MAUI Toolkit Sample App.

The only thing preventing the PR from being merged now is the completion of its Official Documentation in the Microsoft Docs GitHub Repository. Because the offical docs live in a different repo, we add the pending documentation tag to ensure we always complete the docs.

We ask that the Pull Request Author also write the official documentation for the feature as you are the one who knows the feature best! Of course, we are always happy to review and edit your documentation if English isn’t your primary language.

Once the documentation has been completed, it will be reviewed, approved and merged by a member of the .NET MAUI Community Toolkit team.

With the documentation completed, the Pull Request can be merged!

Finally! The Pull Request has been merged, officially adding your code to the .NET MAUI Community Toolkit! 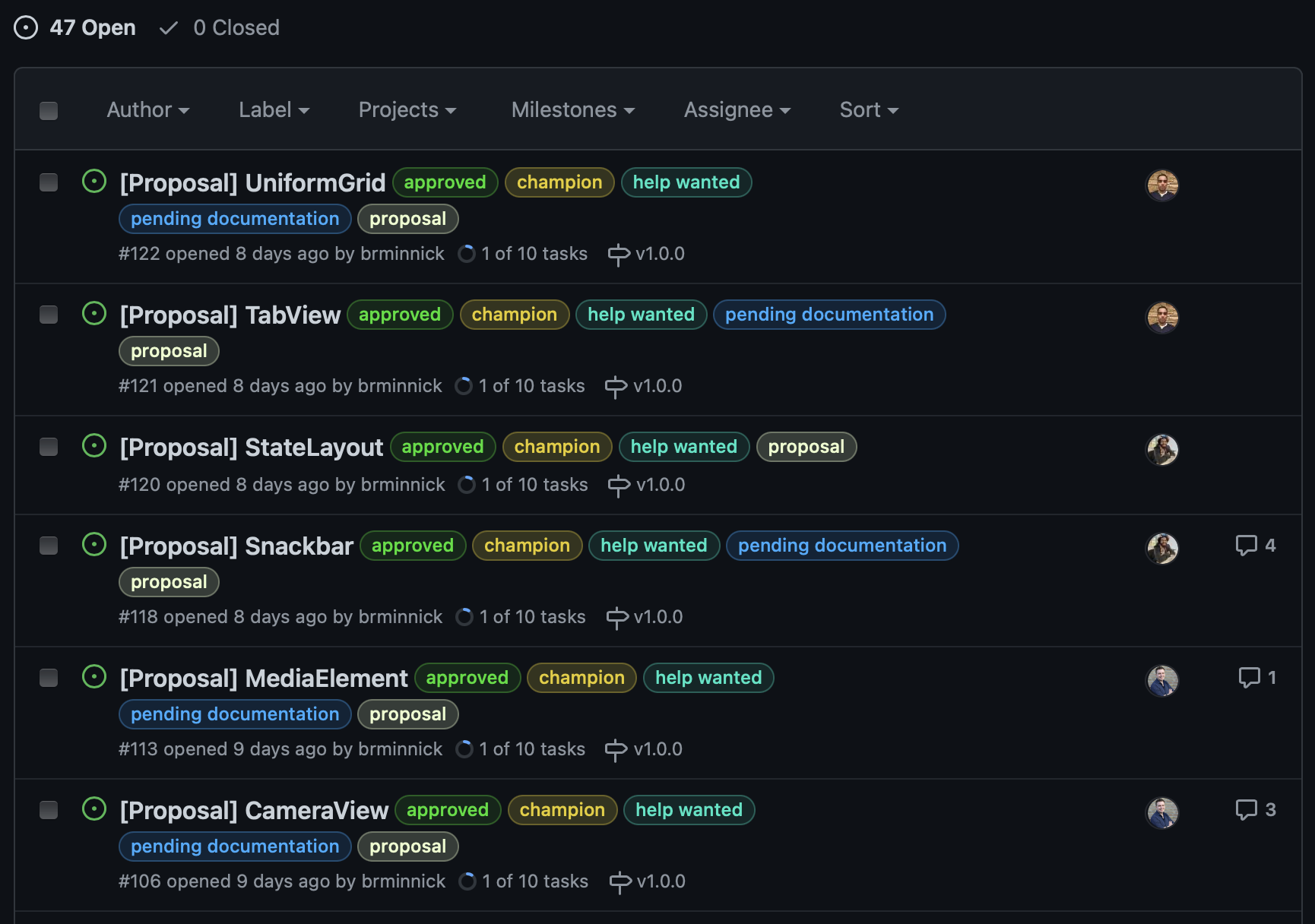 To be assigned an Approved Proposal, leave a comment on it letting us know that you’d like to do the work and we will assign it to you.

While these libraries are built in collaboration with the .NET team at Microsoft, it is truly a community effort. The core team, Andrei Misiukevich, Pedro Jesus, Gerald Versluis, Javier Suárez, and (myself) Brandon Minnick, are here mostly to move things forward.

Your help and input is very much required. Whether that is through triaging issues, updating Docs, participating in discussions or writing code, we appreciate all of your help!

Get started by claiming your first Approved Proposal today: https://github.com/CommunityToolkit/Maui/issues?q=is%3Aissue+is%3Aopen+label%3A%22help+wanted%22

What’s new in F# 6
F# 6 is now a release candidate. Checkout all of the new features available in this release.