For example, in a web application project, in a code-behind file that is adding controls dynamically to a page, similar to what was discussed in the article How To Dynamically Add Controls to a Web Page , we have code that’s accessing an object that is null at the design time as shown below 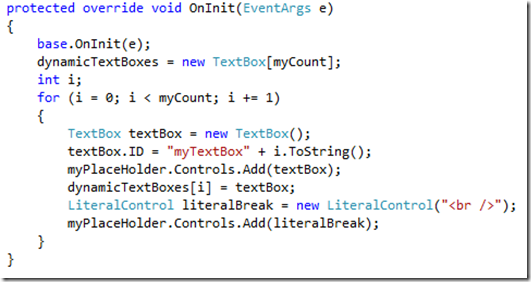 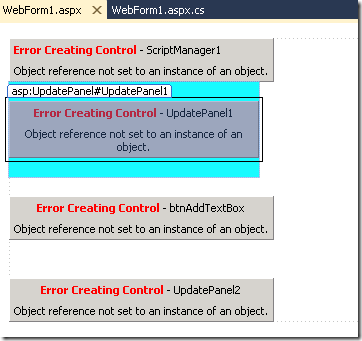 A simple workaround for this issue would be to check if we are in the design mode at the top of the OnInit() method, below the base.OnInit() call. 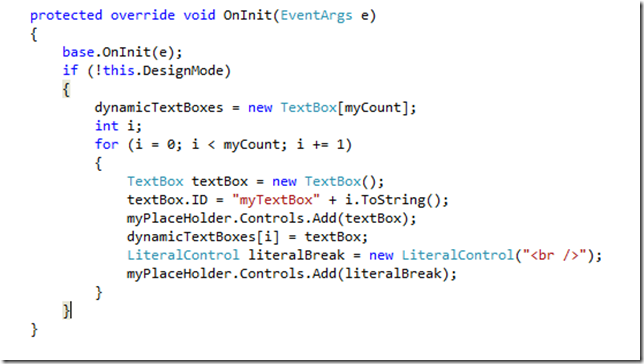 This is a bug in VS 2010 that we’re now calling the OnInit() method at the design time; we are considering a fix for this in a future release of Visual Studio.

CLR Inside Out – Production Diagnostics Improvements in CLR 4
The new installment of the “CLR Inside Out” column in MSDN Magazine is now available on line.  This month we have an article from Jon Langdon...