We’re happy to announce the availability of F# 7, shipping with .NET 7 and Visual Studio 2022. Check out this next step to making it easier for you to write robust, succinct and performant code. You can get F# 7 in the following ways:

To stay up to date, check out the community-provided F# Weekly, follow @fsharporg on Twitter, and join the F# Software Foundation to get the latest news and updates.

We are adding a way of declaring, calling and implementing interfaces with static abstract methods, described in F# RFC 1124. This is a new feature in .NET 7, matching the corresponding C# feature. One notable application is generic math.

First, let’s declare an interface with a static abstract member:

Note The code above will produce FS3535 warning – Declaring "interfaces with static abstract methods" is an advanced feature. See <https://aka.ms/fsharp-iwsams> for guidance. You can disable this warning by using '#nowarn "3535"' or '--nowarn:3535'.

Next, we can implement it ('T * 'T is the F# signature for a function with two parameters of type `T):

This will allow us to write generic functions that can be used with any type that implements IAddition interface:

or in the operator form:

This is a runtime feature and can be used with any static methods or properties, you can see a few more examples below.

This feature can also be used with BCL built-in types (such as INumber<'T>), for example:

This is an advanced feature with potential serious methodological drawbacks if used inappropriately. To learn more about the pros and cons of using the feature in F# methodology, see the drawbacks and guidance sections of the RFC. In particular, you should not use this feature for application code, nor for library code whose specification may be subject to significant change.

F# SRTPs or Statically Resolved Type Parameters are type parameters that are replaced with an actual type at compile time instead of at run time. F# 7 simplifies the syntax used for defining SRTPs through F# RFC 1083 and F# RFC 1124. This aligns SRTPs and interfaces with static abstract members and makes it easier to interconvert between these two approaches to generic math.

As a quick refreshment on what SRTPs are, and how they’re used, let’s declare a function named average that takes an array of type T where type T is a type that has at least the following members:

We are making some improvements here. First, you no longer need to use a dedicated type parameter character (^), a single tick character (') can be used instead, the compiler will decide whether it’s static or generic based on the context – whether the function is inline and if it has constraints.

Next, we are also adding a new simpler syntax for calling constraints, which is more readable and easier to write:

Finally, we’ve added the ability to declare constraints in groups:

And a simpler syntax for self-constraints, which are constraints that refer to the type parameter itself:

Together these changes make working with SRTPs easier and more readable.

Consider the following data type, defined in the C# library:

When using from F# code, the F# compiler will make sure required properties are getting properly initialized:

The code above will compile correctly, but if we try to omit any of the required properties, we will get a compile-time diagnostic:

In F# 7 we are tightening the rules for init-only properties so that they can only be initialized within the init scope. This is a new compile-time check and is a breaking change. It will only be applied starting F# 7, see examples below.

Given the following C# data type:

Before, in F# 6, the following code would’ve compiled and mutated the property Id of the Person:

In F# 7, we are changing this to be a compile-time error:

You can generate reference assemblies by:

We are looking forward to your feedback on this feature.

While F# apps can already be trimmed and compiled to the native code in most cases, we are working on making this experience even better.

In F# 7 we are introducing number of improvements:

We will continue to work on improving the experience of F# self-contained deployments and Native AOT for the next version of F# and core library.

Other changes in F# 7 include:

F# is developed as a collaboration between the .NET Foundation, the F# Software Foundation, their members and other contributors including Microsoft. The F# community is involved at all stages of innovation, design, implementation and delivery and we’re proud to be a contributing part of this community.

Florian Verdonck contributed 72 PRs, including work on parallel type-checking improvements, tons of improvements to the syntax trees, which benefit all tooling in general and Fantomas source code formatter in particular.

Eugene Auduchinok contributed 26 PRs including a bunch of improvements and optimizations in the parser, IL reading, completions, compiler service caching and more.

We will continue working on improving both F# language as well as tooling, including, but not limited to various VS features and improvements, compiler performance, language simplicity, new language features and more. If you’re interested in following our progress, you check out our tracking issues. If contributing to the compiler and tooling is something that interests you more, please check out our “help wanted” issues list, or feel free to drop a question in discussions.

In this and future announcements, we will highlight some of the individuals who contribute to F#. This text is written in the contributors’ own words:

I’m Edgar Gonzalez, and I live between Albacete(Spain) and London(Uk), where I’m a Mobile Developer at Fund Ourselves.

I’m new to the .NET ecosystem. Previously I was a member of the Spanish Paratroopers Brigade “Almogávares” VI, where I served as a Corporal first class (2004-2017).

I started programming five years ago, interested in mobile development with C#, and around the same time, I was introduced to F# by Frank A. Krueger using Xamarin.iOS

Last year I moved to F#, and during my journey realized that there is room for improvement regarding compiler error reporting, so I decided to get involved and help make F# simple for newcomers like me.

Why do I like F#? it has a clean and lightweight syntax, is expression-oriented, exhaustive pattern matching, and discriminated unions.

I look forward to continuing to help F# to be even better, focusing on making it easy for newcomers.

Thanks to Timothé Larivière and Florian Verdonck for helping me get started with open source. I’m Florian Verdonck, an independent software consultant with a passion for open-source development. My F# open-source journey started in 2017, as part of the F# foundation mentorship program. My mentor, Anthony Lloyd, and I started contributing to the Fantomas project. Maintaining led to contributing, and later, I was adding to F# editor and compiler tooling. Several great mentors helped me get my contributions accepted and my pull requests merged in and I’m grateful to all of them.

Being inspired to contribute to the wonderful F# community is one thing. Having the resources to do it properly is another. Luckily, I found customers that share my vision of improving open source by active collaboration.

I’ve been fortunate to work with the open-source division of G-Research, a leading quantitative finance research firm. It is actively contributing to the open-source software it uses in-house. The leaders there believe that targeted open-source efforts can improve the operational efficacy of their engineers and encourage me in my work. 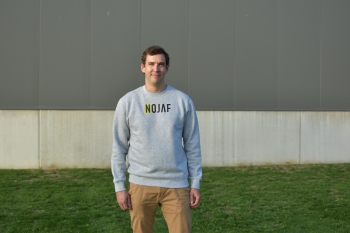 My programming journey, as for many, started with home projects in different technologies. My first encounter with professional software projects was in .NET, which became my primary development ecosystem.

A few years ago I encountered F# and I really liked it. Besides obvious advantages like conciseness and low overhead coding, I think that the main benefit I got from being exposed to the language was the functional programming paradigm. It allowed me to think about the same problems in a completely different way, which can be applied in OOP languages as well as functional ones. Immutability and pure code are very powerful concepts that I think we will see more of in the future with the expansion of highly-parallel and distributed computations.

Despite its advantages, F# can be further improved, and one of the areas for improvement I think is tooling performance. That’s why I was excited to be able to contribute in this area. The prospect of seeing your changes have impact on the tooling you use everyday is an exciting one!

When I’m not programming, you might find me trying my best at the football pitch, or watching my favourite football team play.

.NET 7 is Available Today
.NET 7 is a modern, fast, unified, and simple development framework to build any applications and is available today.