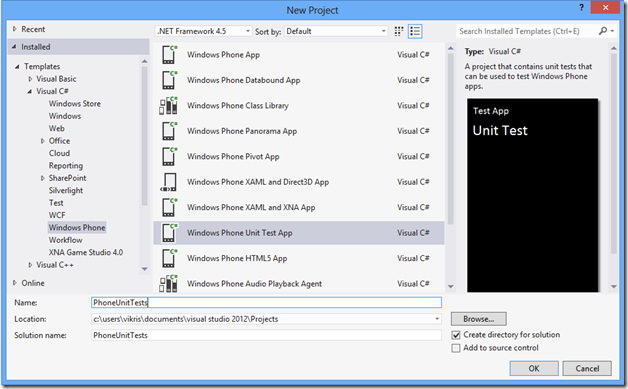 Whether you are writing classic unit tests, Windows Store unit tests, or Windows Phone unit tests – Visual Studio automatically adds all the necessary references and you are ready to start writing tests using the familiar MS Test framework. You no longer need to learn multiple frameworks to author unit tests for different platforms.

The Phone UT framework is designed as an adapter on top of the extensible Visual Studio 2012 unit testing platform (similar to other adapters like nUnit, xUnit). With this, the whole Visual Studio Test Driven Development experience is now extended to Windows Phone. Tests are discovered and displayed in the familiar Test Explorer window. Right from within the IDE, users can group/filter tests using traits, turn on continuous test runner to view test results after each build, and debug or run selected (or failed) set of tests.

Visual Studio uses the target device set on the Run palette to install the unit test app, run tests, and return results. Supported targets include Emulators (only available when Hyper-V is enabled) and Windows Phone 8 devices physically connected to the machine. Developers can author, run, and debug tests on any of the target devices without leaving the IDE. While unit tests are running on the device, a ‘Tests Running’ screen will be shown. 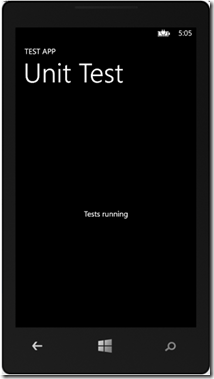 As I mentioned earlier, since Phone UT is designed as an adapter to unit testing platform, you can use vstest.console.exe to execute unit tests from command line. You can also choose to export the results to Visual Studio Test Results File using /Logger:trx. 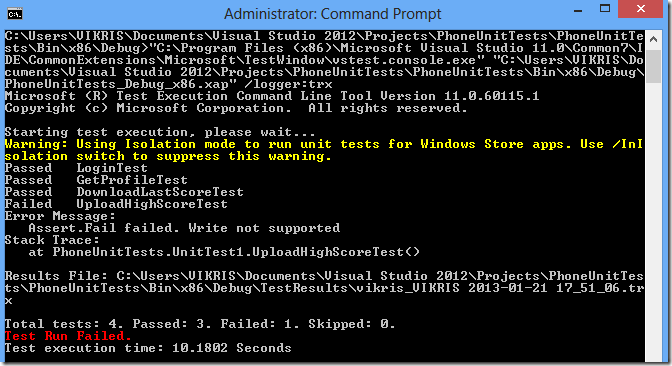 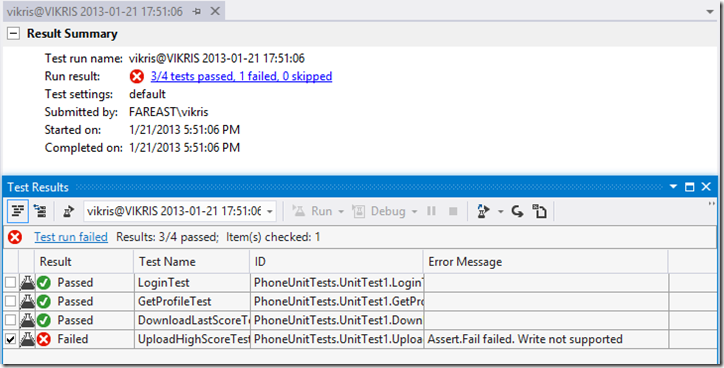