The RFT task needs a companion ‘Deploy Test Agent’ task that deploys and configures test agents against your VSTS account or the TFS server. Using the Deploy Test Agent version 2 task, you can now choose which version of Test Agents you want to deploy.

For machines which are connected to the internet, the process is pretty straightforward.

The required test agent will be downloaded and installed automatically if it’s not present on the machine.

For machines that are not connected to the internet, the task supports installing test agents from a shared UNC path. For this, you need to make the test agent installer available on a network share.

If you are installing Test Agent 2015, use the following steps:

To easily create an offline package of Test Agent 2017 in a single step, we have created a Powershell script.

If you are using TFS 2017 Update 2, please use the PS script located here.

If you are using VSTS, please use the PS script located here

Run the PS script providing language and sharedFolder as optional parameters. If these parameters are not provided, Test Agent English (en-us) package will be downloaded to the folder from where the script runs.

If you do not want to run the script, you can perform the following steps instead:

This downloads the Test agent packages to C:TA2017Setup folder 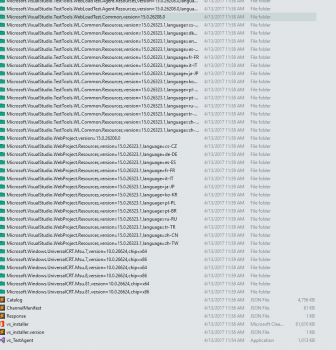 3. Now “Archive/Zip”  all the contents of the folder and name it as “TestAgent.zip”. Please make sure you retain the directory information while zipping. 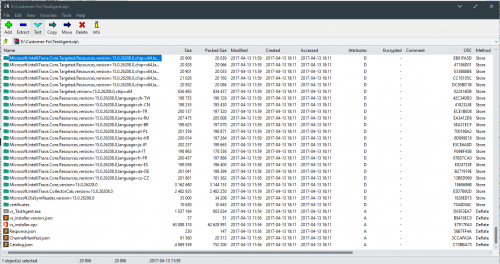