How do we use RM for our test runs

Authored by Gaurav Sisodia from EPS team and Aseem Bansal from RM team.

What were we using before RM came?

Before RM, all teams were using an internal home grown tool called RollingTest and tfsruns for their continuous integrations runs. This tool was used by each feature team to configure their CI run(s) and to monitor them build over build for their product quality. In each of these runs, teams were deploying their product in a particular configuration and then running tests against it to check quality. For example: – test management feature team had one run for their on-prem configuration for master branch, one for dev-fabric configuration (i.e. VSTS setup) for master branch and similar configurations for release branches etc. The tool was being used by each of the VSTS service to monitor the quality for internal testing, and deployment like TFS service had

The rolling (or continuous integration) run was configured using rolling.xml (steps) on a machine. The rolling tests tool consisted of the following components: –

This tool had evolved over last 7+ years and was working well for us but it had mainly 2 problems.

It is typically hard to convince all of the stakeholders that we should move away from a working system but it was easy here because : –

So as part of our effort to modernize engineering systems and achieve continuous deployment for our VSTS services, we set the goal of using VSTS product capabilities to test our product keeping the list of CI runs same like feature team CI runs, self test CI run etc. This will help in shaping our product by getting faster feedback.

We evaluated RM and test reporting roughly 12-24 months ago for all testing requirements and came up with a good list of features that are required in the product for everyone to move away from RollingTest. We categorized our requirements in two buckets (Adoption Blockers and Enhanced experience) and built a feature backlog.

We added all the blocking features in the product since then and the important ones that I want to call out are as follows: –

In the first quarter of this year, we successfully moved all the feature teams within VSTS organization to start using RM and product capabilities system has been running well for last 3-4 months. In this section we will show how we use product’s native capabilities to setup continuous integration pipeline for each micro service. 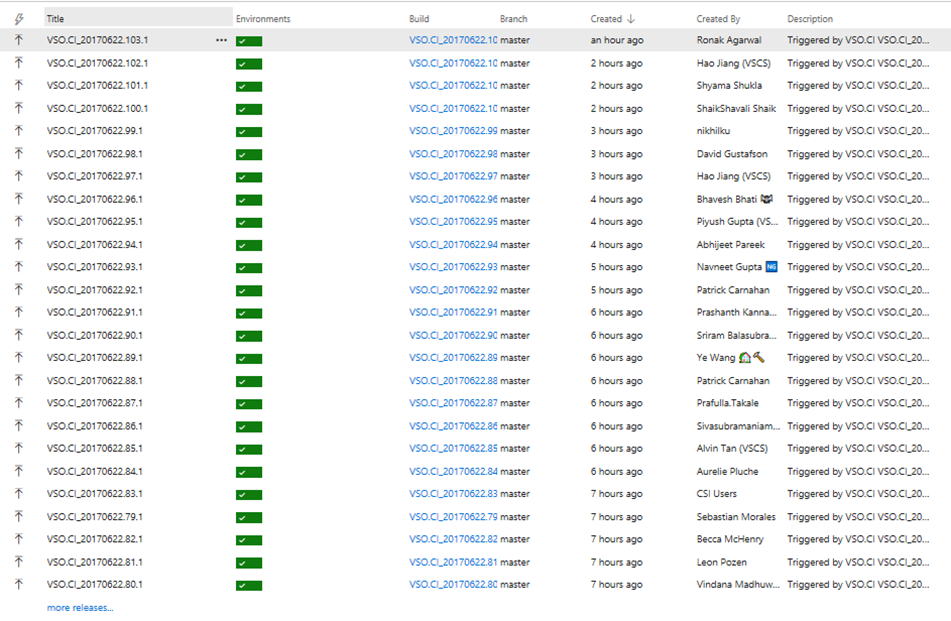 How different personas are using it day-to-day?

In this section we will cover the onboarding experience we have built for various services and the workflow of individual engineers and release managers for their daily needs.

Our goal is to make it easy for teams/engineers to setup continuous integration pipeline for their service and maintenance cost should be low. We have a common engineering systems and tools for all services and given this we have setup common release definition templates built using task groups which teams/engineers can reuse. Here are the important items that we follow to make the onboarding of feature teams easier. 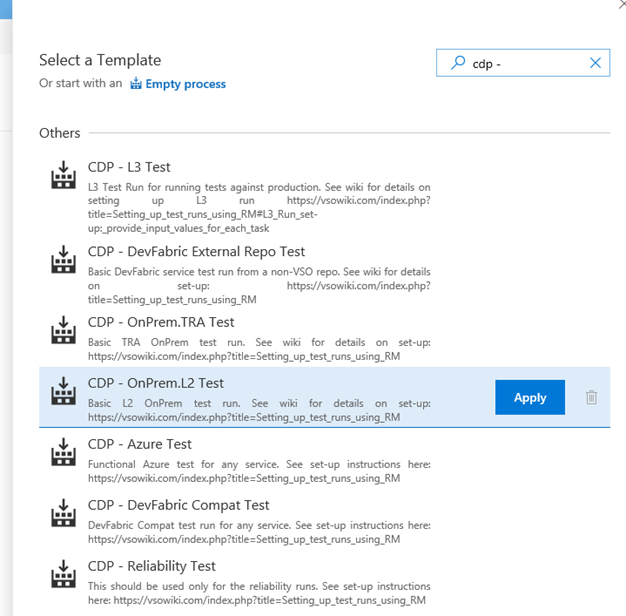 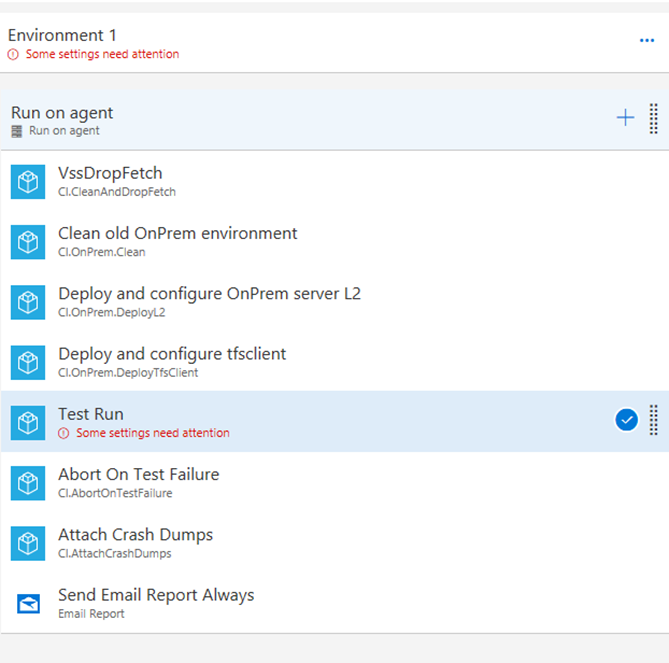 In the above environment, let us see what we are doing in the above task groups. 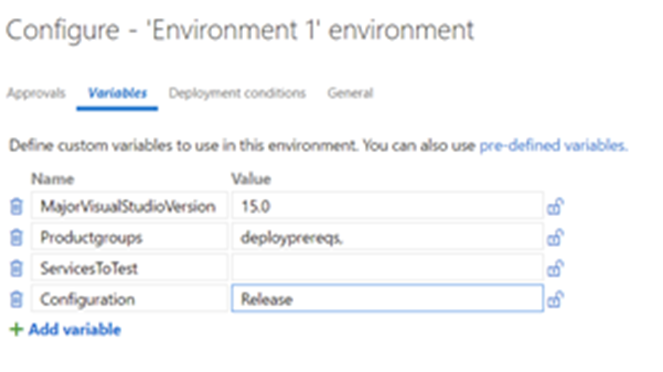 With this, each service is able to define their continuous integration pipeline !!

Let us go through the engineer’s workflow who is responsible for keeping the engineering system healthy everytime. Super easy workflow for the engineer to file actionable bugs !!

Let us go through the release owner’s workflow who is responsible for deploying their services to production.

As I mentioned above, we are done with all the blocking features that EPS needed and the new system is working fine but there were “good to do” features that are pending and that list is here.

What’s new in VSTS Sprint 121 Update
The Sprint 121 Update of Visual Studio Team Services (VSTS) is rolling out more broadly to accounts this week and includes Wiki in public preview and many features to ...

Alex Nichols August 9, 2017
0 comment
Top stories from the VSTS community – 2017.08.11
Here are top stories we found in our streams this week related to DevOps, VSTS, TFS and other interesting topics.  TOP STORIES   RADIOTFS...