Getting the most out of Git

Posted on behalf of guest blogger: Tobias Günther, CEO Fournova . Git Tower and Team Services together provide an awesome Git solution for your team, on Mac and (now!) Windows.

In the last few years, millions of developers have started to use Git. But just a fraction of them are using it confidently and productively: Git’s large feature set and its even larger number of parameters and flags make it hard to master.

The question, therefore, is not if you are using Git in your team. The question is if it helps you become a more professional and productive developer.

Making Git Easier to Use

We faced this question in our own team, too, and decided on a rather radical solution: we developed Tower, a desktop GUI that makes Git easier – for us and over 80,000 customers like Google, Amazon, Salesforce and IBM. After being a Mac-only application for the last 7 years, it is now finally available on Windows, too.

We were eager to make our lives easier and not surrender in the face of Git’s steep learning curve. Let’s look at a couple of situations that we found particularly frustrating – and how we tackled them in Tower. 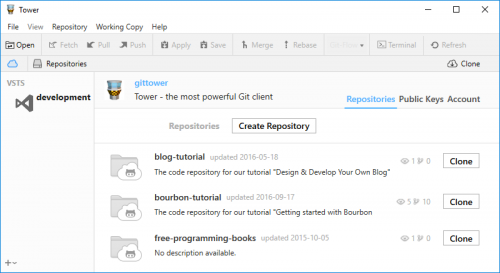 The possibility to undo mistakes is one of Git’s greatest advantages. However, knowing all the commands and parameters to be able to use these undo functions is quite a different story. Tower makes these helpful features easily accessible through a well-designed UI.

For example when a merge conflict occurs, Tower helps you understand and solve it by presenting it in a visual way, via its unique “Conflict Wizard” interface. 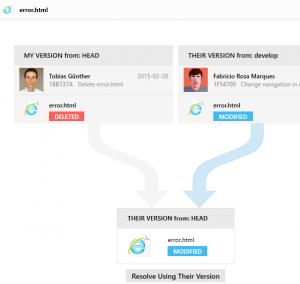 Since our main goal is to make our users more productive, many usability and workflow improvements found their way into Tower: 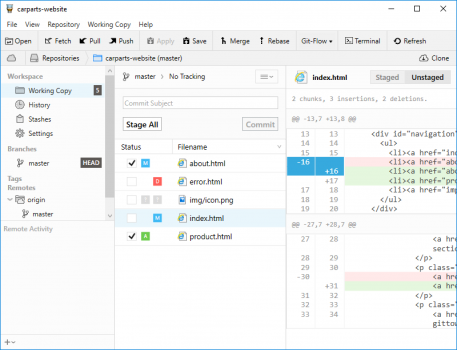 We created Tower to make Git easier to use. To let people access Git’s powerful feature set without shooting themselves in the foot.

Of course, you don’t have to take our word for granted: you can download & try the new Tower for Windows free for 30 days. We’re eager to hear what you think!