Infrastructure as Code – On demand GPU clusters with Terraform & Jenkins

Developing robust algorithms for self-driving cars requires sourcing event data from over 10 billion hours of recorded driving time. But even with 10 billion-plus hours, it can be challenging to capture rare yet critical edge cases like weather events or collisions at scale. Luckily, these rare events can often be simulated effectively.

Simulating driving event data, however, requires expensive GPU and compute resources that vary depending on a given event. In working with Cognata, the big obstacle was going to be automation and creating on-demand resources in Azure.

In this code story, we’ll describe how we were able to provision custom GPU rendering clusters on demand with a Jenkins pipeline and Terraform.

Cognata required a scalable architecture to render its simulations across individual customers and events using GPU. To support this need, we first investigated using Docker containers and Kubernetes. However, at the time of this post, nvidia-docker does not officially support X server and OpenGL support is a beta feature.  As an alternative to container orchestration, we architected a scalable solution using a GPU Azure Virtual Machine Scale Sets (VMSS) cluster and a custom application installation script for on-demand deployment.

The complex changesets must be applied to the infrastructure with minimal human interaction and must support building, changing, and versioning infrastructure safely and efficiently.

Cognata’s applications and services are deployed in a Kubernetes cluster and the rendering application is deployed in GPU Virtual machines clusters.  To apply “Infrastructure as code” methodology, we decided to use Terraform and Jenkins.

Terraform allows us to provision, deprovision, and orchestrate immutable infrastructure in a declarative manner; meanwhile, Jenkins pipelines offers delivery process rather than an “opinionated” process and allows us to analyze and optimize the process.

Creating on-demand resource required us to create detailed plans and specification of our resources. These plans are stored in a git repository such as GitHub or BitBucket to maintain versioning and continuity.

In our case, the plans included a Virtual Machines Scale Sets (VMSS) with GPU and an installation script of Cognata’s application.  The VMSS was created from a predefined image that included all the drivers and prerequisites of the application.

Once we have the plans in the git repository, we need to run the workflow in the Jenkins pipeline to deploy the resources.

Starting the workflow can be triggered from an HTTP request to the Jenkins pipeline.

After the pipeline was triggered, the plans were pulled from the git repository and the deploying process is started using Terraform.

Once the plan was executed and Terraform saved the state results in files, we needed to upload the result files to a persistent storage such as Azure Blob storage . This step would later enable us to download the state files and destroy the resources that we created after the business process was completed, and to actually create on-demand clusters.

The flow of the solution is described in the following image: 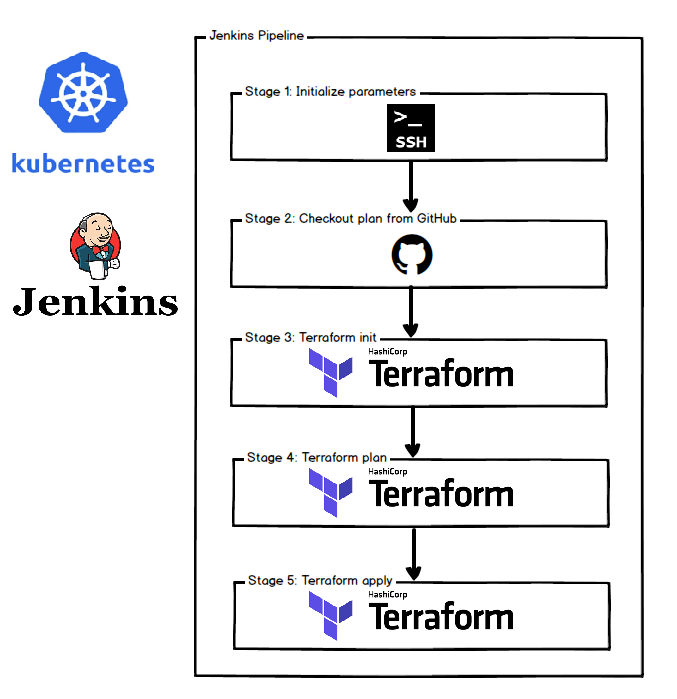 To invoke Terraform commands in the Jenkins pipeline, we created a small Docker container with Terraform and Azure CLI with the following Dockerfile.

With the adoption of driverless cars, 10 billion-plus hours of recorded driving time just isn’t viable. Cognata’s complex simulations rendering for multiple autonomous car manufacturers can become costly and inefficient. Our Jenkins pipeline and Terraform solution enabled Cognata to dynamically scale GPU resources for their simulations, making it easier to serve their customers while saving significant cost in compute resources. Using these technologies we were able to automate the deployment and maintenance of Cognata’s Azure VMSS GPU clusters and simulation logic.

Our joint solution is adaptable to any workload that requires:

Attaching and Detaching an Edge Node From a HDInsight Spark Cluster when running Dataiku Data Science Studio (DSS)
Earlier this year, Dataiku and Microsoft joined forces to add extra flexibility to DSS on HDInsight, and also to allow Dataiku customers to attach a persistent edge node on an HDInsight cluster – something which was previously not a feature supported by the most recent edition of Azure HDInsight.

Amy Boyd
August 20, 2018
0 comment
How to Build A K8S Http API For Helm, and Serve Micro-services Using A Single IP
The Commercial Software Engineering team (CSE) partnered with Axonize to automate the process of deploying apps to Kubernetes, and expose these apps to the internet via a single IP. This post is about enabling applications in your Kubernetes cluster to programmatically install helm charts and expose them through a single public facing IP.